The term arthritis is associated with any disorder that affects the joints.

Symptoms of arthritis include pain, stiffness, inflammation, and swelling of the affected joints.

There are over 100 types of arthritis.

Arthritis can be treated by resting the joint and alternatively applying ice and heat. Weight loss, exercise and pain medications are also helpful.

What is Aloe vera?

Aloe Vera, also described as the wonder plant, is a plant species belonging to the genus Aloe. Aloe Vera is derived from an Arabic word, Alloeh which means a shining bitter substance and Vera is a Latin word which means true.

It grows in the tropical climates and is well known for its agricultural and medicinal properties.

Aloe Vera extracts are widely used as flavoring agents in foods (approved by the FDA, Food and Drug Administration), cosmetics and for decorative purposes.

Aloe Vera provides several therapeutic properties and health benefits. It possesses anti-inflammatory and anti-oxidant properties that can be beneficial in preventing arthritis.

Its anti-bacterial and antiviral properties can help fight secondary infections.

The use of conventional drugs in arthritis can be replaced by Aloe Vera which has natural anti-inflammatory and anti-oxidant properties.

5 Benefits of Aloe Vera In Arthritis

Various research studies have suggested the use of Aloe Vera for the treatment of arthritis.

1. It prevents arthritis and relieves pain

A study on the animal model was conducted for determining the anti-arthritic property of Aloe Vera extracts.

The results indicated that aloe vera extracts contain certain anti-inflammatory compounds that can be used in anti-arthritic medication.

Another experimental study conducted to determine the effect of aloe vera in curing arthritis indicated that aloe vera extracts have a significant effect on anti-oxidant and biochemical parameters.

Another experimental study reported that Aloe Vera on oral administration can be used in the treatment of osteoarthritis.

This is due to its anti-inflammatory property. Certain non-steroidal inflammatory drugs on intake cause irritation of the gastrointestinal tract.

Aloe Vera has been found to have a preventive effect on such types of gastrointestinal irritation.

What does this mean? The anti-inflammatory properties of aloe Vera prevent arthritis. It relieves pain in the affected joints and can be used as an alternative to conventional drugs. Aloe Vera can also be used in addition to non-steroidal anti-inflammatory drugs to attenuate the side effects caused by the drugs. Aloe Vera is a natural pain killer.

A study published in the Journal of Traditional and Complementary medicine showed that Aloe vera contains significant amounts of anti-oxidants like Vitamin E, Vitamin C, carotenoids, flavonoids and tannins.

In an experimental study, the anti-oxidant potential of Aloe vera was investigated. The results indicated a relation between phenolic content and antioxidant capacity.

Experimental studies suggest that methanol extracts obtained from the leaf skins and flowers of Aloe Vera showed anti-oxidant activities with extracts from leaf skins being the most active.

What does this mean? Aloe vera is rich in anti-oxidant compounds. Vitamins present in Aloe Vera reduce soreness and stiffness around the joints making movement of patients easier.The leaf skins and flowers of Aloe Vera show significant anti-oxidant properties. 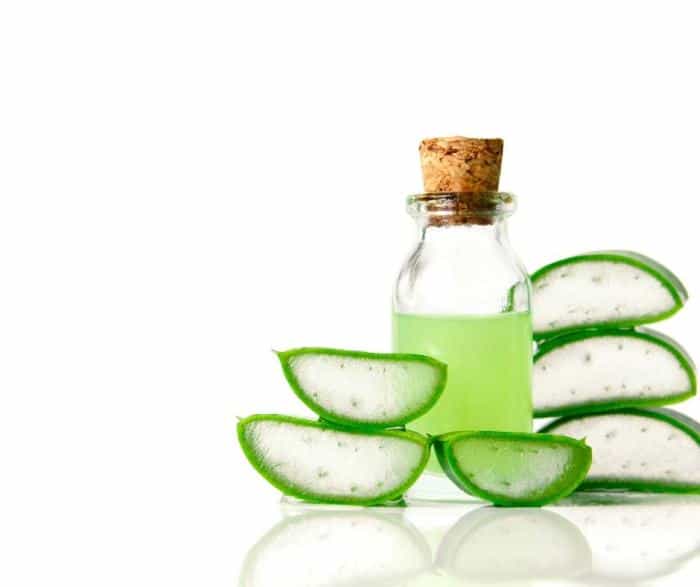 3. It has anti-microbial properties

This property of Aloe Vera prevents infections that develop between the joints.

Anthraquinonealoin is a derivative of Aloe Vera that has the ability to inactivate various viruses.

A study conducted to determine the anti-viral activity of Aloe Vera reported that the presence of anthraquinone derivatives in aloe vera contributes to this unique property. Aloe vera can effectively provide virucidal activity on enveloped viruses.

Aloe vera was isolated by ethanol, acetone and aqueous extracts and maximum anti-bacterial activity was observed in acetone extracts.

What does this mean? Aloe vera has the ability to prevent and cure infections caused by bacteria or viruses. Aloe vera serves as a potential anti-bacterial and anti-viral agent which may help patients suffering from arthritic inflammation caused by infections.

4. It has wound healing properties

This breaks down the scar tissue and heals the wound.

A study was conducted to determine the effect of Aloe Vera on collagen characteristics in wound healing. The results reported that topical application and oral administration of Aloe Vera on wound resulted in healing.

Another study was performed on the same lines to determine the effect of Aloe on wound healing.

The results reported that Aloe appears to increase synthesis of collagen, improves collagen matrix by crosslinking and hence enhances the breaking strength.

The study proved the effect of Aloe vera as a potential wound-healing agent.

What does this mean? Aloe vera has great wound healing properties. It increases collagen content present beneath the wound leading to faster healing. It can be orally administered or applied on the affected area. So it not only relieves the pain but also helps in repairing the damaged tissue.

5. It can regulate the immune system

vera is known to provide nutrients to the cells of the body which ensure the body’s ability to ward off the infection thereby strengthening the immune system.

Experimental studies suggest that certain inhibitory components like alprogen derived from Aloe Vera are capable of inhibiting the release of histamine and leukotriene from mast cells, synthesis and release of interleukin-1 and tumor necrosis factor and initiating an immune attack.

It is also capable of inhibiting the release of reactive oxygen species from active human neutrophils. Each of these components triggers the inflammatory reaction and aloe vera's inhibition can prevent this reaction.

Dosage of Aloe vera For Arthritis

Aloe Vera plant is easily available in the market and it can be grown as a houseplant easily as it does not require much care.

It is available as ointments, creams and lotions in the market.

Aloe vera gel capsules can be taken at a dose of 50-200mg daily. It is best to consult a herbalist or naturopath about the dosage of aloe vera for arthritis.

The Aloe Vera gel can be directly applied to the affected joints to relieve pain and inflammation.

For wound healing, aloe gel can be applied to the affected area up to 3 times until the wound is healed.

It is most helpful in relieving pain caused by rheumatoid arthritis.

This is because aloe vera gel contains plant sterols which are known to exhibit similar effects as those shown by steroidal drugs on inflammation.

Since there is no specific recommended dosage it is best to consult a doctor before using any form of aloe vera whether in the form of juice, creams or capsules to avoid any allergic reactions.

Pregnant and breastfeeding women and children are not advised to consume aloe vera in any form.

Aloe Vera on a topical application may cause redness, burning, stinging sensation and rarely dermatitis.

Allergic reactions are mainly caused due to the presence of anthraquinone derivatives in Aloe Vera. Thus one must test for allergic reaction by applying it on a small area.

Drinking aloe vera juice has been known to cause diarrhea, abdominal cramps, constipation .

Aloe vera has a laxative effect so should not be taken in excess.

Pregnant women should avoid intake of aloe vera as it may cause uterine contractions and in breastfeeding women, it can lead to gastrointestinal problems in the infant.

If a person is on medication he should consult a doctor before combining Aloe Vera supplement along with the medication.

Aloe vera is the most powerful medicinal plants and has been in use since centuries.

Its widespread use is in cosmetics, moisturizers, in skin aging, curing diseases like arthritis, cardiovascular diseases, diabetes and in wound healing to treat burns.

Although there are various conventional drugs available for the treatment of arthritis they have side effects. Aloe vera proves to be an essential alternative in this case.

Aloe vera relieves pain in stiffness and soreness caused due to many types of arthritis. It can be applied on the affected area or taken orally. Aloe vera shows promising potential in curing symptoms associated with arthritis.