Heartburn is a burning sensation felt behind the sternum (breastbone) in the chest.

It is caused due to abnormal reflux of gastric contents (stomach acids) into the esophagus.

Heartburn severe as a prominent symptom for many of the gastrointestinal diseases.

Studies have reported that ingestion of food rich in fats, fried foods, spicy foods, chocolates, alcohol, and carminatives is the common causative factors of heartburns.

Heartburn occurs occasionally in a normal healthy person. This is known as asymptomatic reflux.

But if it occurs continuously, it is termed as symptomatic reflux and it is time you need a doctor’s help.

The dietary habits and lifestyle of a person have an impact on development of heartburn and it makes a person’s daily activities troublesome.

Modification in dietary habits and lifestyle along with prolonged medication can produce relief in people suffering from heartburns. 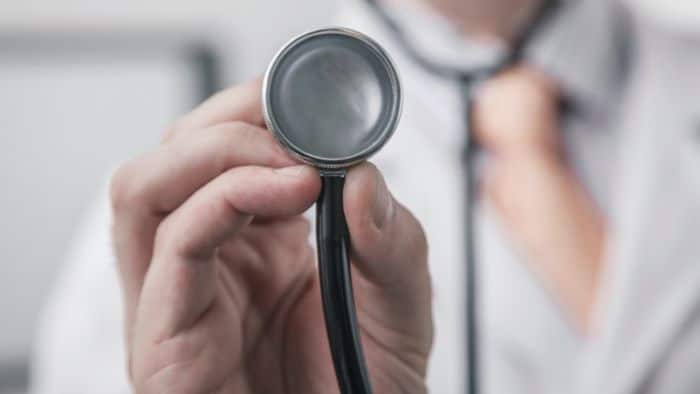 Heartburn is caused due to reflux of stomach acid into the esophagus. At the junction of the esophagus and the stomach, there exist a ring of muscles called Lower esophageal sphincter (LES) muscles.

These muscles contracts and closes when food enters into the stomach from the food pipe. If this action of closure is disturbed by some factors, the stomach contents (food and stomach acids) reflux back to the esophagus.

Many chemicals present in the food and medicines we take has to influence in relaxing the LES muscle causing heartburns.

The major causes of heartburns are:

The lower esophageal sphincter muscles help in traversing the food from the esophagus to the stomach.

It is a band or ring of muscles seen near the esophagus-stomach junction which act as a gate that allows entry of food to the intestinal system.

The LES muscle contracts and closes after the entry of food contents into the stomach. This gated movement is mediated by the pressure exerted on the LES muscles.

The LES muscles maintain approximately 15 to 20 mm of Hg (millimeter of mercury (Hg) is the unit in which pressure is calibrated) pressure more than that within the stomach.

This is the normal range of pressure seen in a healthy normal human esophagus.

If the pressure is not maintained properly, it triggers heartburn by regurgitation of stomach acids into the esophagus.

The LES pressure is also maintained by the gastrointestinal hormones called gastrin, secretin, and cholecystokinin.

The function of these hormones is influenced by the food we consume. This leads to the imbalance of pressure in the LES muscles.

The pressure of LES muscles shown a deflection from the normal range if you are overweight if you have a hiatal hernia or you are pregnant if you lie down soon after your meal.

The decrease in pressure triggers the LES muscles to relax, which in turn disturbs the gated movement of the muscles.

This action causes the stomach acid contents to reflux into the esophagus.

Caffeine is consumed daily in many ways. It affects many parts of body, especially the gastrointestinal system.

Caffeine contains chemicals like methylxanthine which have a role in lowering the pressure of LES muscles.

The normal dose of caffeine (one or two cups of coffee daily) shows a slight change in the LES muscle pressure.

Many studies report that consumption of caffeine drinks decreases the LES muscle pressure from atleast 5 minutes to 30 minutes after consumption.

It is assumed that caffeine affects the LES pressure through the neurohormonal system, but no evidence of research is available to substantiate this assumption.

Caffeine can stimulate cholecystokinin or gastrin esophageal hormone which with the help of inhibitory neuron stimulation lowers the LES pressure.

Studies have revealed that caffeine affects the LES functions directly or indirectly along with the effect caused by esophageal hormones.

These effects of caffeine are used as evidence and doctor’s advice patients with peptic ulcer disease or GERD not to consume the regular coffee that they take in their daily life.

Cigarette smokers are susceptible to heartburn.

Cigarettes rapidly reduce the LES muscle pressure after smoking and quickly bring the pressure to the normal level. The nicotine present in the cigarette has a strong effect in decreasing LES pressure.

Nicotine acts on the nerves which control the LES pressure and cause a sudden decrease in pressure during smoking.

This causes in a reduction of the neutralizing effect of saliva on intraesophageal acid and prolongs the acid clearance from the esophagus.

The pressure decreases rapidly after one to three minutes of smoking and regains into its normal level by three to eight minutes after smoking.

The mechanism of cigarette in lowering LES pressure is abruptly not known yet. In-vitro studies show that the nicotine relaxes the LES muscles by blocking their cholinergic control mechanism.

The chances of gastroesophageal reflux differ with different drinking habits.

Alcohol affects the peristalsis movement of the esophagus.

Peristalsis movement of the esophagus is the continued contraction and relaxation of smooth muscles to traverse food to the stomach.

Alcohol consumption in low concentration results in a sudden increase in acid regurgitation and continuous consumption leads to the development of tumors in the esophagus.

Intake of certain kind of medicines triggers reflux of stomach acid contents. The medicines that can probably cause heartburn are

The consumption of spicy and fat rich food delays digestion, keeping food in the stomach for a long time.

This can weaken the LES muscles causing acid regurgitation.  Studies have not demonstrated the relationship between body mass index (BMI) and GERD symptoms among normal weight individuals.

During pregnancy, the abdominal weight increase gradually which causes the LES muscles to relax.

Pregnant women suffer from heartburn during their late first trimester or second trimester and it aggravates in the latter months of gestation.

After the first trimester, the LES pressure gradually decreases.

Studies have reported the increased circulation of progesterone in the blood during pregnancy result in LES relaxation and trigger acid regurgitation.

Controversial studies show that enlarging uterus increases abdominal pressure, which in turn decreases the LES pressure from the normal range.

Heartburn is a common discomfort experienced by all age group people, especially adults. The major causative factor of heartburn is irregular diet habits.

Our daily diet filled with spicy and fried food is majorly responsible for heartburn.

Cessation of smoking and alcohol consumption and increase intake of high fiber diet can resolve the risk of heartburn.

READ THIS NEXT -
Why Green Leafy Vegetables Are Great for Heartburn
Proton Pump Inhibitors For Heartburn: What & How They Work?
List of Medications That Can Promote Heartburn
Heartburn and Heart Attack : How They are Different