Arthritis causes pain, inflammation, swelling, and redness of the joints and it is regarded as one of the disabling condition which affects millions of people worldwide.

Arthritis can be of many different types all of which having the same symptoms.

There is no cure for arthritis but, it can be managed with medicines, diet control, exercise, weight loss and other supportive therapies.

Arthritis patients can lead an almost normal life when the disease is managed appropriately.

Complementary and alternative therapies are a crucial part of arthritis management.

Using various plant extracts, either by topical application on the joints or by ingestion, is known to be one of the traditional approaches in arthritis treatment.

Fragrance can affect the brain function and positively impact the psychological and physiological functioning of the body.

This principle is used in ‘aromatherapy’ which uses a variety of essential oils to attain health benefits.

Many different types of essential oils can benefit from arthritis, one such oil is balsam fir oil.

Before we discuss the beneficial aspects of this oil let us learn more about this oil.

What is Balsam Fir Essential Oil?

Balsam fir is a coniferous, symmetrical and short-lived tree that grows in the northern hemisphere.

It is mostly found in the northern United States and Canadian region.

Idaho is a north-western region in the united states, to which balsam fir is native to and hence the name.
The scientific name of this tree is Abies balsamea.

It is also known by the names of Canadian balsam, eastern fir, and bracted balsam fir.

Balsam fir is made up of numerous cones that are about 2-4 inches in length. The bark of this tree is slender and smooth containing a clear resinous liquid that has a distinct odor.

This tree is mainly used for Christmas decorations.

Balsam fir essential oil is obtained from the leaves and bark of this tree. It contains chemicals constituents called as bornyl acetate, pinene, limonene, and phellandrene. These are responsible for the beneficial health effects of this oil.

It is also used for antiseptic, anti-rheumatic and analgesic benefits.

Benefits of balsam fir essential oil in arthritis are due to the chemical constituents present in it called bornyl acetate, pinene, linalool, etc. They are proven to be effective in the alleviation of inflammation and pain which are the main problems in arthritis. It can also benefit from reducing stress and anxiety that can keep depression at bay. The antioxidant nature of this oil can also contribute to the detoxification process within the body. 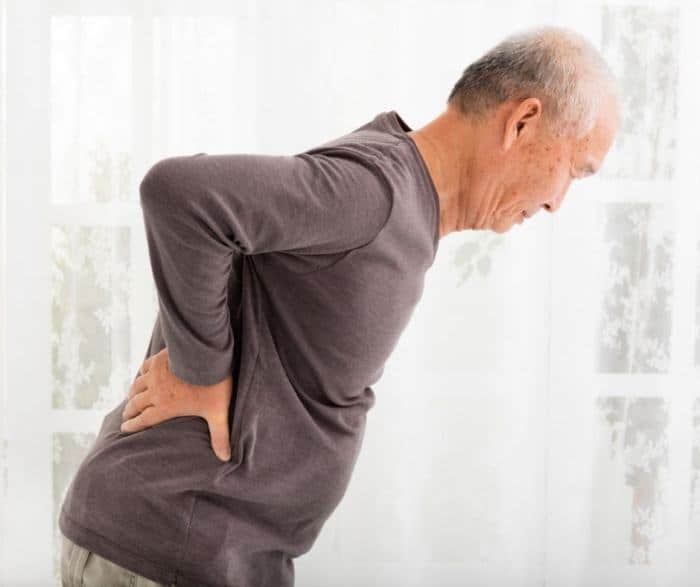 Balsam fir contains ‘bornyl acetate’ as a chemical constituent. The effect of this chemical has been studied in human cartilage cells to reveal its anti-inflammatory benefits.

Inflammation is brought about by chemicals called as ‘pro-inflammatory cytokines’. Bornyl acetate affects these chemicals to reduce inflammation in the body.

‘Pinene’, ‘phellandrene’ and ‘linalool’ are other chemicals present in balsam which are studies to exert topical anti-inflammatory agents by decreasing the inflammatory chemicals in the body.

The chemistry of this oil supports the anti-arthritic effects of this oil and this can have an implication in managing arthritis. Nevertheless, more studies and research on the usage of this oil are needed to consolidate this effect.

What does this mean? The chemical structure of balsam fir oil has promising benefits that can be employed in reducing inflammation in arthritis. More trial using this oil in arthritis patients are needed to prove this strongly.

Balsam fir has been used in the management of vitamin C deficiency traditionally. Research has now proven the presence of vitamin C in balsam fir which is a powerful antioxidant.

The antioxidant property of balsam fir is also due to the presence of beta-caryophyllene and phenolic content from the bark extract, which are proven for its toxin scavenging activity that can replenish antioxidant in arthritis patients.

What does this mean? Balsam fir can provide antioxidant effects which can detoxify the body and reduce the cell damage in arthritis patients.

Arthritis causes agonizing pain in patients and to relieve pain is the primary goal of arthritis therapy. Hence, most therapies target this symptom to manage arthritis effectively.

Bornyl acetate, present in balsam fir, can be used to reduce pain in arthritis. Analgesic effect of bornyl acetate has been proven by numerous animal studies.

The effect of bornyl acetate can also to reduce inflammatory-related pain.

Studies show that pinene, phellandrene, and linalool are components that can also add to the analgesic effects of balsam fir.

These chemicals reduce pain by preventing the pain signal transmission from the joints to the brain.

What does this mean? Balsam fir oil consists of chemicals that can abate joint pain in arthritis by preventing the transmission of pain signals to the pain.

Arthritis is a condition that can cause excess pain requiring various lifestyle modification. This process can be arduous and stressful.

Moreover, it has also been found that arthritis victims are at a higher chance of developing stress, anxiety, and depression.

Balsam fir contains bornyl acetate which has been proven by research to possess anti-anxiety effects. Inhalation of this oil could have positive effects on anxiety and lead to relaxation.

Other chemical constituents (linalool and pinene) present in balsam fir can be used for anti-depressive effects. This effect has been confirmed by animal studies too.

How to Use Balsam fir Essential Oil - Dosage

Balsam fir oil can be applied topically to the skin after diluting with other essential oils like spruce or frankincense. It can also be diluted using a carrier oil such as almond oil.

To relieve stress and anxiety add 2-3 drops of oil to a diffuser and inhale the aroma. You can also apply diluted oil on the neck or feet for relaxation.

Balsam fir essential oil is not under the ‘generally regarded as safe’ category of Food and Drug Administration and it is not safe to be consumed orally.

Before applying to the skin test the diluted oil on a small patch on the skin and if no reaction develops after 20 mins it is safe to be used topically.

Balsam fir essential oil is an extract from a coniferous tree of the northern hemisphere. It has been used in olden days to relieve pain, ulcers and vitamin C deficiency.

Balsam fir is also rich in antioxidants and help in the detoxification of the body that prevents cell damage caused by toxic chemicals. Relaxation is essential for arthritis sufferers which can be obtained through inhalation of balsam fir oil.

Balsam fir can be used topically and by inhalation to obtain these beneficial effects. It should not be consumed orally as it is not rendered safe for consumption.

Undoubtedly, balsam fir has some benefits in arthritis.

However, more research in arthritis patients and long-term studies are needed to strengthen the scientific basis of these effects.

READ THIS NEXT -
4 Proven Benefits Of Green Tea In Arthritis
5 Ways Balneotherapy Benefits in Arthritis
6 Reasons Why Smoking Increases the Risk of Arthritis
Can Food Allergies Worsen Rheumatoid Arthritis Symptoms?