Conventional therapy for arthritis is effective for a certain period. Prolonged therapy may lead to tolerance to arthritis medications and side effects.

That is why arthritis patients opt for alternative and palliative therapies. One such therapy is Biofeedback.

It has been observed that biofeedback can help improving arthritis. It can help reduce the perception of pain and stabilize posture. Let’s understand this modern technique better.

Biofeedback is known as a mind-body technique through which people can learn how to change their body’s activities to improve physical, mental or emotional health.

This is done by attaching electrodes to the skin and in some cases hand sensors and measuring these processes that are then displayed on a monitor.

The monitor is used to note success, but later the patient can achieve success without monitoring it.

There are three main forms of biofeedback such as -

Biofeedback has been proven to be useful in anxiety, ADHD, asthma, back pain, etc.

It has been very successful in helping patients suffering from arthritis and joint pain.

It can help improve their posture, circulation and reduce pain perception.

The means by which it helps in treating arthritis will be discussed in detail in the next section. You would be amazed to learn of the various awesome ways it helps arthritis patients in managing their condition.

Proven Benefits of Biofeedback for Arthritis

Biofeedback can prove to be very effective in patients who have arthritis. It shows pain-relieving effects and also improves the functionality of joints and muscles. 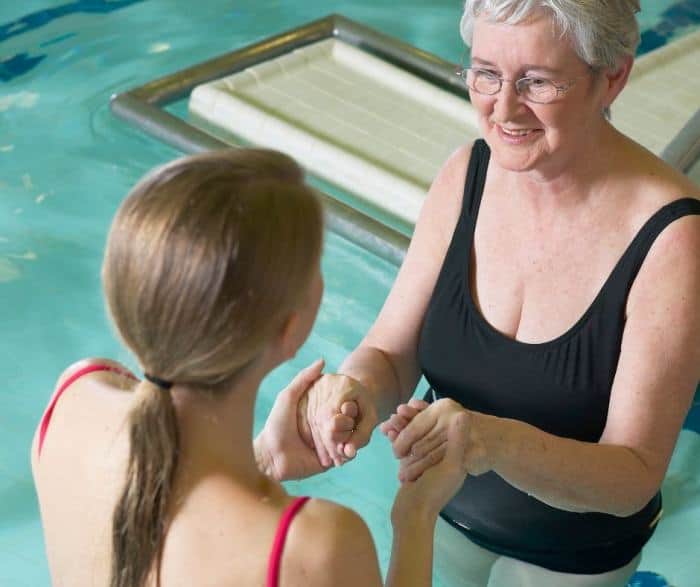 The most common symptom of arthritis is joint pain. Painkillers and steroids are prescribed to relieve pain, but they may have a few side effects.

It has been observed that sensorimotor biofeedback training can help people suffering from chronic lower back pain.

A randomized study was conducted with 20 adult patients to analyze the effects of sensorimotor training in people suffering from chronic lower back pain.

The subjects were randomly divided into two groups. Both groups received 30 minutes of standard physiotherapy.

Pain and other parameters were organized by various globally recognized scales. It was observed that sensorimotor therapy reduced the pain felt by the patients over the duration of more than four weeks.

It also improved the functioning and posture of the subjects.

Another study studied the effects of electromyographic biofeedback in the treatment of chronic back pain usually associated with arthritis.

Chronic back pain is usually present with an impaired flexion-relaxation (muscle relaxation) response.

Nine volunteers with chronic back pain and an impaired response to joint flexibility were selected for this study. They took part in weekly biofeedback sessions and performed a stretching program for five weeks.

Pain and motion flexibility were recorded post-intervention for 4-6 weeks based on internationally accepted scales. It was observed that three participants improved pain and flexion-relaxation response significantly.

Results suggest that electromyographic biofeedback can prove to be very beneficial in individuals with chronic lower back pain and muscle problems.

A study was conducted to observe the effects of electromyographic (EMG) biofeedback training on pain, muscle strength and functionality in juvenile rheumatoid arthritis.

They were randomly assigned to two groups. Both groups received conventional physiotherapy, but the experimental group received added EMG biofeedback therapy for three days a week for a total of 12 weeks.

Pain, torque, muscle strength functional ability, etc. were analyzed at the end of 12 weeks of therapy.

By the end of the treatment, at 12 weeks, significant progress could be seen in both groups, but the experimental group showed far greater improvements in pain, muscle strength and functional ability than the control group.

Thus, it was concluded that EMG biofeedback could be a potentially useful modern intervention in managing and treating juvenile rheumatoid arthritis.

After four weeks of treatment, the subject was assessed using various pain and functionality determining tests. It was seen that the pain rating decreased significantly and range of motion also increased.

What does this mean? Various bio feedback therapies are used to reduce joint pain associated with arthritis. Techniques like EMG biofeedback have been successful in treating chronic lower back pain and improve muscle strength and functionality in juvenile rheumatoid arthritis. Double cushion therapy can be used for managing pelvic pain associated with osteoarthritis of the hip.

Postures play an important role in the initiation and progression of arthritis. Chronic bad posture can put the body in stress and prevents the muscles from relaxing.

The muscles and joints fatigue if the bad posture is maintained for a longer time. This can lead to increased wear and tear and earlier onset of osteoarthritis. It can also lower the pain and increase inflammation.

Arthritis can also lead to poor posture. Chronic forms of arthritis can lead to deformities and disabilities that can make people vulnerable to bad posture.

It can lead to a decrease in range of motion and flexibility.

Participants walked on a treadmill while maintaining a target and their toe-out angle was measured. Difficulty in maintaining the right posture and gait were analyzed using a numerical scale.

It was observed that toe-out performance error was significantly reduced after biofeedback sessions.

Another study assessed the feasibility of biofeedback technique for promoting movement symmetry after total knee arthroplasty (replacement of join) in arthritis patients.

Biofeedback can be included in a rehabilitation program to improve results and reduce time. Many patients suffer strength deficits and movement irregularities and asymmetries in the operated limb even after rehabilitation.

With time, these asymmetries can increase the load on the non-operated limb and can lead to a further reduction in functionality.

Functional parameters were assessed 2-3 weeks prior to the arthroplasty and six months after the procedure in eleven patients. Patients received 6-8 weeks of physiotherapy that included symmetry training.

It was observed that nine patients showed significant improvements in movement symmetry.

After six months the patients showed greater knee extension, and their movement was more flexible and symmetrical and resembled normal knee movement closely.

No side effects were observed, and it was concluded that adding symmetry training after arthroplasty can provide additional benefits compared to normal rehab protocols.

What does this mean? Biofeedback training can be used to help arthritis patients regain their normal posture ad for improving gait. It can also be used in arthroplasty patients post op to help them gain proper movement symmetry. Thus, biofeedback is a clinically viable option for posture rehabilitation of arthritis patients.

How frequently should one follow biofeedback sessions for arthritis?

Most people see results in 8-10 sessions, but the number of sessions varies depending on the severity of the condition. Each session usually lasts for 1 hour. Follow up sessions are also advised after treatment.

For improvement of circulation, usually, 20 weekly biofeedback sessions are advised.

Mental exercises and relaxation techniques are also taught to be practiced by the patient for at least 5-10 minutes every day.

Biofeedback sessions are usually conducted at the doctors’ clinic, but it is possible to monitor the condition on your computer.

Biofeedback is considered safe with no negative side effects. It is a non-invasive procedure.

People suffering from serious mental disorders are advised to consult a psychiatrist to make sure they are an appropriate candidate for biofeedback treatment.

People taking medications for anxiety, ADHD, or other mental problems are also advised to check with their mental health professional.

Biofeedback is a modern technique which helps a person control certain physiological functions that are otherwise involuntary.

This modification can result in an improvement in physical, mental and emotional health.

It has been observed that biofeedback is very effective in patients who have arthritis. It shows pain-relieving effects and also improves the functionality of joints and muscles.

It can be used to improve gait, posture, muscle strength and range of motion in arthritic people and also in people who have undergone arthroplasty.

Thus, biofeedback therapy can be used to improve the lives of arthritis patients with no side effects.