Arthritis is a widespread disorder characterized by joint pain, swelling, and stiffness.

It occurs in several forms, the most common include the two chronic forms- rheumatoid arthritis and osteoarthritis.

Resveratrol is a natural polyphenolic compound produced in many plants in order to protect them against invasion from pathogens.

When administered in the human body they display antioxidant activity and avoid damage to cells.

While the former is highly bioactive, the majority of scientific research has been focused on trans-resveratrol.

This compound has shown the ability to interfere with cell signaling pathways in the body and delay the onset of many diseases.

It is obtained from natural sources such as grapes, berries, and nuts. Red wine is an excellent source of this compound.

7 Proven Benefits Of Resveratrol In Arthritis

Considering the highly beneficial anti-oxidant properties of resveratrol and its ability to bind with nutrients in the body and drive away diseases, a large amount of research is being directed towards its action against arthritis.

Here we explore some of the benefits of resveratrol in reversal and reduction of the effects of arthritis along with suitable scientific evidence:

Certain types of arthritis such as rheumatoid arthritis are genetic disorders.

They are generally linked to the genes TNF-alpha and IL-1beta that are arise due to the activity of the transcription factor NF-kappaB.

A study was conducted on a suitable animal model to evaluate how resveratrol interacts with NF-kappa B.

It was seen that regular treatment with resveratrol inhibited the expression of the transcription factor NF-kappa B.

This, in turn, did not allow the genes TNF-alpha and IL-1beta to be expressed. The results were also indicative of stronger cartilages.

What does this mean? Resveratrol interacts with cellular transcription factors linked with arthritis symptoms and blocks them. It prevents the onset of the disease and bolsters cartilages as well.

One of the indicators of arthritis is the progressive reduction in cartilage.

This occurs as a result of a series of metabolic events which damage the tissues over time.

This is the general cause of most non-inheritable forms of arthritis such as osteoarthritis.

An experiment aimed at analyzing the effect of resveratrol on metabolic markers related to arthritis was carried out on an animal model.

The subjects were administered resveratrol over a period of 5 weeks at the end of which the cartilage tissue was evaluated by means of a set of histological parameters.

It was observed that the cartilage strength and density were preserved by the regulatory action of resveratrol on enzymes.

What does this mean? From the above mentioned study, it can be understood that administration of resveratrol on the onset of arthritis would be highly beneficial as it monitors enzyme levels and relieves the damage caused to tissues.

3. It has a chemopreventive action and prevents disease progression in arthritis

Apoptosis i.e. program cell death is a key event during the onset of arthritis.

It damages the cartilages and therefore weakens the joint sites.

Resveratrol is believed to have the ability to decelerate the activity of apoptotic cells and therefore prevent damage to the cartilages.

This was further validated through the following study.

A suitable animal model was used to conduct these experiments.

The effects of this varying dosage were assessed at the end of a 4 week period through histological studies on the site of administration.

The results showed a significant reduction in the rate of cell death especially in the animals which were given a higher dose of resveratrol.

What does this mean? From this study, it can be concluded that the use of resveratrol in arthritis affected individuals delays cell destruction and protects the tissue against the damaging effects of the disease.

Free radicles are harmful chemicals that are present in our body in an unbound form.

In order to regularly check their levels, compounds called antioxidants are required.

When the rate of accumulation of free radicles in the body exceeds the rate of their elimination, a condition called oxidative stress arises.

This is one of the causative agents of arthritis as free radicles act on our joints and accelerate the aging process.

The ability of resveratrol to eliminate free radicle expression in the body was studied using a group of arthritis animal model.

The experiment involved the administration of resveratrol over a period of 12 days at the end of which reduced swelling at the affected site as well as suppression of oxidative stress were observed.

These results were due to the action of polyphenolic compounds of resveratrol on the cellular mitochondria.

The polyphenols react with the mitochondria and alter its membrane potential in order to release mitochondrial reactive oxygen species (mtROS) which eliminate free radicles.

The compound nitric oxide acts on cells and activates apoptosis in them.

Increased levels of nitric oxide are directly linked to high cell death rates which degenerates tissues over time and could cause rheumatoid arthritis.

In an animal model, it was observed that resveratrol administration reversed the effects of nitric oxide in tissues and significantly lowered its levels.

It blocks the apoptosis of cells and thus avoids damage to tissues.

What does this mean? From this study, it can be implied that polyphenols in resveratrol are useful in arthritis prevention as they target the mtROS mechanism and eradicate toxic free radicles from the body. This inturn reduces oxidative stress while improving cell viability. Resveratrol potently blocks cell death pathways and therefore protects joints from damage and inflammation. This is due to the inhibition of nitrogen oxide production by resveratrol. 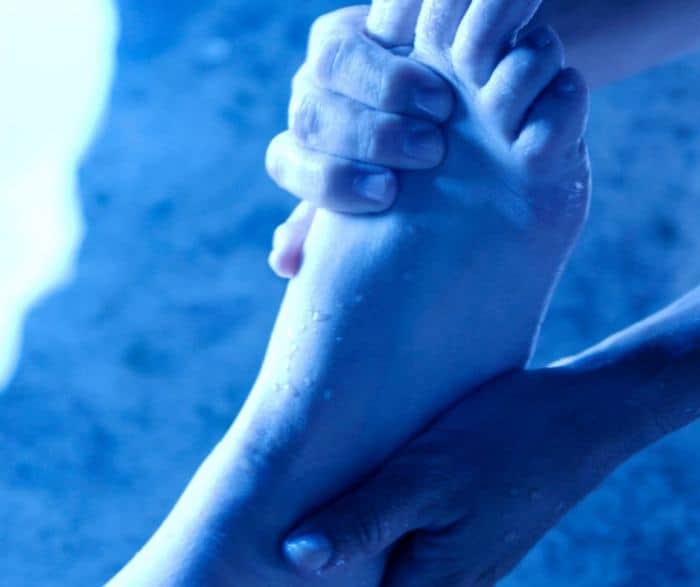 5. It has an anti-inflammatory effect

Inflammation is one of the chief influences of swelling and pain at the joint site.

It arises due to the body’s immune responses attempting to resolve the DNA damage at the affected area. It is one of the main signs of arthritis.

Another scientific study conducted on an animal model showed that resveratrol is a promising remedy for arthritis induced inflammation.

Resveratrol was included in the diet and its effects on the damaged site were estimated after 48 hours.

8-oxo-7, 8-dihydro-2'-deoxyguanine is an important factor linked to DNA damage and is linked with damage in arthritis.

At the end of the experiment reduced levels of 8-oxo-7, 8-dihydro-2'-deoxyguanine and a marked reduction in swelling were indicative of the arthritic protective ability of resveratrol.

What does this mean? Resveratrol provides a potential strategy in safeguarding our joints against the degrading effects of arthritis. This can be concluded from its ability to reduce swelling as well as combat DNA damaging factors such as 8-oxo-7, 8-dihydro-2'-deoxyguanine.

6. It aids in weight loss

Obesity is one of the causative factors of weakening of joints.

Excessive fat exerts too much load and breaks the collagen fibres responsible for holding together connective tissues.

Resveratrol is believed to have the ability to prevent the damage caused to collagen.

Resveratrol is believed to have the ability to prevent the damage caused to collagen fibers and strengthen them simultaneously.

. The diets were supplemented with resveratrol in an attempt to study how the compound affects collagen fibers in the body.

At the end of 12 weeks, the DNA fragmentation in the cartilages of the mice was analyzed.

The results showed that higher doses of resveratrol were linked with improved joint health and stronger collagen fibers.

What does this mean? From the above study, it can be inferred that resveratrol is a useful preventive and therapeutic agent in obesity . It provides essential nutrients required for collagen fibres and healthy connective tissues.

7. It protects and strengthens bone tissue

An equilibrium between anabolic and catabolic mechanisms is crucial for the maintenance of cartilage health and stability.

When catabolic activity i.e. breakdown exceeds anabolism or buildup at the connective tissue site, it

When catabolic activity i.e. breakdown exceeds anabolism or buildup at the connective tissue site, it leads to cartilage degeneration and in turn arthritis.

Research has shown that the administration of resveratrol in arthritis showed increased levels of silent information regulator 2 type 1 (SIRT1), a key factor in monitoring catabolic factors.

Resveratrol activates cells which stimulate the release of SIRT1. This inhibits catabolic activity and increases anabolism which protects cartilage

What does this mean?
Resveratrol promotes build up processes while suppressing catabolic factors responsible for arthritis expression. Thereby, it prevents cartilage degeneration and enhances bone stability.

Dosage of Resveratrol For Arthritis

Around 5g  of resveratrol, daily is recommended for arthritis.

This can be supplemented in the diet or can be introduced by consumption of berries, nuts, grapes or red wine.

It is best to consult a health practitioner before taking resveratrol supplements.

Precautions while taking Resveratrol For Arthritis

It is essential to carry out patch tests to detect this at least 48 hours before use is initiated. Some cases of intestinal upset and nausea have also been reported.

Some research has shown the expression of toxic activity at very high concentrations. However, this has only been seen in vitro studies at levels much higher than possible by dietary supplementation

The phenolic components in Resveratrol are highly useful in improving the strength and viability of connective tissue cells and therefore is a potent natural remedy for preventing and reversing the harmful effects of arthritis.

Nutritionists and health professionals highly recommend its intake as it uniquely alters genetic mechanisms linked to aging and this therefore useful for avoiding degenerative disorders.

Resveratrol can be one of the unique, emerging and effective supplements for arthritis.