Osteoarthritis is the most common and chronic condition of the joints.

It is a degenerative joint disease which is characterized by break down of cartilage, causing pain, inflammation, and reduction in motility.

In later stages, bits of bones can break and float around in the joint causing severe pain and inflammatory reactions leading to further damage.

It is seen that osteoarthritis affects more than 50 million people in this world and is more common in women than in men.

It's effects and symptoms are seen in hips, knees, lower back, joints, and bases of the thumb.

The main causes of this disorder are:

Even though it is a chronic disease, it is possible to manage it. Maintaining physical activity and regular movements are very important for managing the symptoms of osteoarthritis.

Weight management can prevent extra stress and strain on weight-bearing joints like knees and can help reduce pain and inflammation.

NSAIDs (Nonsteroidal anti-inflammatory drugs) and analgesics are used for reducing the symptoms. Joint replacement surgery is also a potential way to treat osteoarthritis.

It has been observed that ensuring a proper blood circulation in the joints is also very important to manage arthritis.

Ginkgo biloba is a natural medicine that has been proven to improve blood circulation with a variety of other benefits.

What is Ginkgo Biloba?

Ginkgo biloba, commonly known as ginkgo tree, is a traditional medicinal tree native to China. It is one of the oldest living tree species in the world.

Its leaves are used for their medicinal qualities such as controlling blood pressure, reducing inflammation, etc.

It is used as a dietary supplement and is thought of to enhance cognitive functions and memory.

It contains various active elements, phytohormones, and antioxidants that help in fighting against a variety of diseases.

It is taken as a supplement and is available in tablet and powder form as well.

Ginkgo helps in proper blood regulation in the body and has some pain relieving and anti-inflammatory properties.

Ginkgo has some great and positive effects on people suffering from osteoarthritis. It acts as an anti-inflammatory and pain-relieving agent.

It also boosts up the immune system and reduces chondrocyte destruction. 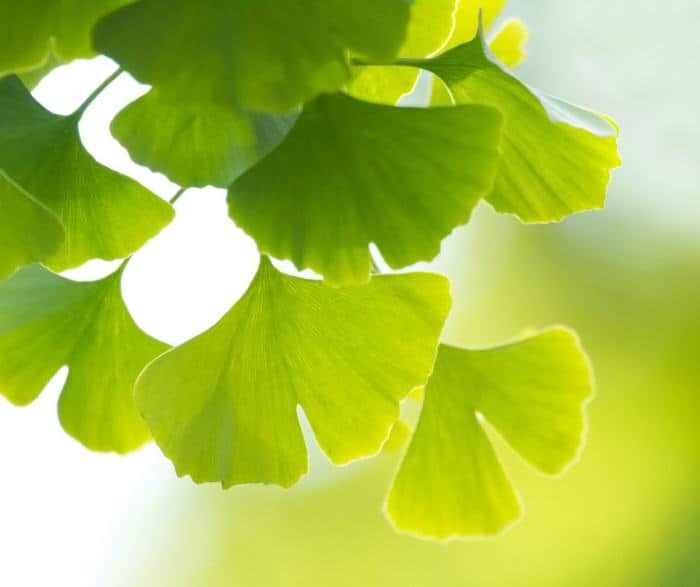 Maintaining a proper blood circulation in the joints is very important for the management of osteoarthritis and preventing heart risks.

A study revealed that Ginkgo Biloba increases the fluidity of blood and microcirculation in the body.

Microcirculation refers to the transport of blood in the smallest blood vessels, i.e., capillaries.

Microcirculation is important for maintaining proper blood circulation in muscles, joints, etc. 10 healthy subjects were chosen for this study.

No significant changes in heart rate or blood pressure were detected during ginkgo or placebo phase. A significant reduction in erythrocyte aggregation was observed in ginkgo administered subjects.

Thus an increase in blood fluidity was observed.

Blood flow in the capillaries also increased significantly (57%) after 1 hour of the administration. These results indicated that Ginkgo Biloba increases blood fluidity and microcirculation.

Proper coronary circulation needs to be maintained for a healthy heart which in turn maintains proper blood circulation in the body. It was also seen to reduce the effects of aging.

What does this mean? Ginkgo biloba contains active elements that help increase blood fluidity and microcirculation in the body. It also helps in improving coronary circulation in the elderly. This helps protect heart health in osteoarthritis.

2. Ginkgo biloba acts as a pain relieving and anti-inflammatory agent

Inflammation of the synovial membrane takes place in the majority of the patients suffering from primary osteoarthritis.

Studies have shown that his inflammation plays a key role in the progress of osteoarthritis.

The progression of the disease is due to the cumulative effects of various factors such as wear and tear, the immune response to the damage and a state of chronic inflammation.

It has been observed that Ginkgo Biloba usage reduce inflammation and inflammation-related pain.

An animal study revealed that ginkgo terpene has an anti-inflammatory effect on fungi caused arthritis inflammation.

In this study, the anti-inflammatory effect of the water-soluble portion of ginkgo on the major inflammation causing agent was observed.

The swelling was measured during the entire observation period. It was seen that the anti-inflammatory effect of the therapy was due to the suppression of nitric oxide production.

It suggests that blocking of nitric oxide from infiltrated macrophages can be used as a potential therapeutic measure against inflammation.

Another animal study showed that extract from the Ginkgo biloba tree helps ease pain and inflammation. It showed that direct injections to the painful area were effective at reducing inflammation and providing pain relief.

What does this mean? Ginkgo helps reduce inflammation and inflammation markers in the body. It is also associated with decreasing inflammation-related pain. It blocks nitric acid, which plays an important part in macrophage-related inflammation.

3. Ginkgo acts as an immunomodulatory agent

During conditions like arthritis, it is very important to maintain a healthy immune system to prevent the condition from progressing.

It is seen that innate immunity plays a huge role in the progression of osteoarthritis.

Another study was conducted to analyze the effects of ginkgo biloba on immune function in animals. Varying doses of ginkgo extract was given.

It also increased the phagocytic capacity of macrophages (improved function).

Chondrocytes were prepared from cartilage samples taken from the patients with osteoarthritis who had received hip or knee replacement. Various immunomodulating factors were determined using different assays.

This suggests that Ginkgo Biloba extracts play an important role in immunomodulation during osteoarthritis and can be used as a potential therapeutic agent for the treatment of the condition.

What does this mean? Ginkgo biloba can have immunomodulatory effects in the body that can help manage arthritis. It increases immunity, relieves oxidative stress and reduces joint destruction by degrading jnk signals.

The Dosage of Ginkgo Biloba for Osteoarthritis

Ginkgo is available in various forms like liquid, tablet, capsule, and extract. The recommended dosage of the extract is 120-240 mg daily.

It is advised to choose supplements with the majority of the active ingredients in ginkgo such as 5-7% terpene lactones and 24% flavonol.

The supplement from Ginkgo biloba is called Bikbo Biloba EGb-761 extract and should be taken in 50:1 concentrated ratio.

It is advised to take ginkgo biloba with meals.

There is no prescribed dosage, so it is advised to consult a health practitioner before use.

Some side effects of ginkgo include stomach upset, skin problems and dizziness. Patients are strictly advised not to consume ginkgo seed or fruit.

It is not advisable to take gingko during pregnancy and breastfeeding. Ginkgo should not be taken by people having epilepsy either because it might cause seizures.

Gingko has been known to react with drug metabolism enzymes and blood thinning drugs.

Therefore it is advisable to consult a registered health practitioner before consumption.

Ginkgo biloba is an ancient Chinese traditional medicine which is used for a variety of conditions such as inflammation, boosting the immune system, Alzheimer’s, cognitive diseases, etc.

Ginkgo has some great and positive effects on people suffering from osteoarthritis. It acts as an anti-inflammatory and pain-relieving agent.

It even reduces the pain related to inflammation, as has been seen in various studies.

Gingko is an efficient immunomodulatory agent and boosts up the immune system and reduces chondrocyte destruction, thus playing an important role in managing and treating arthritis.

More extensive studies are needed to explore the various therapeutic effects of this medicinal plant fully, but current studies are enough to provide evidence for its efficacy in improving arthritic conditions.