Rheumatoid arthritis is a debilitating disease characterized by stiffness of the joints like the wrists and fingers.

This disease can make tasks like holding cutlery, tying shoelaces and opening jars near to impossible for its patients.

But owing to the lack of a complete cure for the disease, every year the number of patients afflicted by this ailment is increasing.

Sure there are treatments available, but the medication aim at alleviating the symptoms of this disease.

This is the reason why alternative treatments become so crucial for the treatment of symptoms of rheumatoid arthritis.

In order to avoid the side effects of regular medications, patients prefer to make lifestyle changes or make necessary changes in their diet in order to eliminate regular flare-ups and lead a normal life.

Rosehip as a treatment for Rheumatoid arthritis

Rosehips are the round portion found below the petals in a rose plant.

They are the fruits of wild briar rose or dog rose variety which are natives of Europe, western Asia, and northwest Africa .

It has been long used as a traditional medicine for many diseases. It is known to treat colds, flu, indigestion, bladder stones and gonorrhea.

It has been found to be effective in relieving stomach disorders like stomach acid deficiency, stomach spasms, stomach ulcers and irritation.

It can be used to alleviate diseases of the gall bladder, kidneys and urinary tract.

But most importantly, it acts as a major anti-inflammatory agent to treat symptoms of arthritis and gout .

Rosehip can also be used in the food industry to prepare jams, jellies, teas and soups.

The antioxidant and anti-inflammatory properties of rosehip has been rendered to its high Vitamin C content.

The Vitamin C content in rosehip powder has been found to be greater than that of citrus fruits. Owing to this rosehip inhibits the production of inflammatory mediators in the body including COX1 and COX2 .

Also, it contains folate, Vitamin A, D, E and B3, and nutrients like magnesium, zinc, and copper. It carries flavonoids, carotenoids, fructose, malic acid, tannins, beta-sitosterol and phytochemicals characterized as galactolipids.

Rosehip derives its antioxidant properties from polyphenolic compounds like proanthocyanidins and flavonoids including quercetin and catechin.

These compounds enable rosehip extract to protect the body against oxidative stress thus protecting the joints against damage and enables intercellular communication in the gap junctions.

Owing to the presence of large amounts of galactolipids, rosehip extract has been found to function as a chondroprotectant during in vitro studies.

One of the galactolipids that has been found to be effective through these studies is named GOPO.

GOPO has been observed to possess significant anti-inflammatory properties thus leading to the reduction of the levels of serum creatinine and C-reactive proteins in patients with arthritis.

As a results it leads to reduction in pain and enhancement of joint movement in patients with osteoarthritis.

Additionally unlike other arthritic treatments the anti-inflammatory action of rosehip has been found to be devoid of any side effects.

For instance, regular use of NSAIDs or aspirin has been reported to form ulcers, reduce platelet counts, affect coagulation or fibrolysis in patients, and increase the risk of cardiovascular and gastrointestinal disorders.

However none such ill effects have been observed from the use of rosehip.

Thus rosehip shows a lot of promise as a safe and effective way to manage disease symptoms in patients with arthritis. 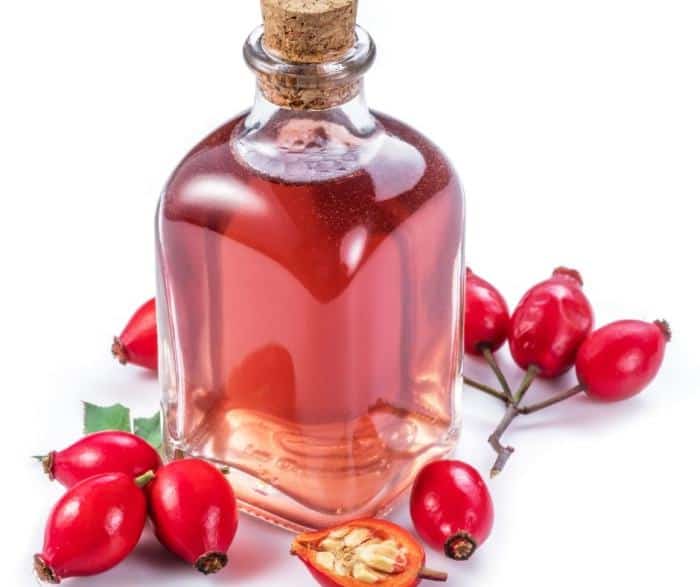 Scientific Evidence in support of Rosehip

The claim regarding the effectiveness of rosehip as a means to treat rheumatoid arthritis is not just based on folklore and traditional medication but has been backed by science as well.

Though not much research has been done in clinical set-up but still the results from in vitro experiments have been very encouraging.

During this time the health of the patients were closely evaluated through questionnaires and physician’s evaluation.

The results of this study proved improvement in the condition of patients that used rosehip powder as treatment as compared to the placebo.

In fact the pain scores and disease condition of placebo group worsened thus proving that rosehip powder might be an effective additional treatment for rheumatoid arthritis .

However contrasting results were obtained a year later when a similar experiment was repeated on a group of 20 females with rheumatoid arthritis who were administered 10.5 grams of rosehip powder (Litzoin) daily for a period of 28 days.

On assessing the level of inflammatory markers and disease outcomes in the patients, no effect of the intervention was observed.

The probable reason for such a difference in results could be the smaller size of the group assessed in this study.

Also the intervention was implemented for a short span of time which is probably not enough to show effect .

Thus in order to get confirmatory results well-designed studies need to be conducted in the future.

In vitro studies provide significant evidence to prove the effectiveness of rosehip powder against arthritis.

In one of the studies, inflammatory processes were induced in in vitro cellular models and then they were treated with rose hip powder.

The levels of inflammatory mediators were then measures in the experimental samples.

This study showed that rosehip powder results in an inhibition in the production of inflammatory mediators like cytokines, nitric oxide, and prostaglandins in the cell.

The expression of biomarkers related to osteoarthritis was also found to be reduced after administration of rosehip powder to the samples .

This study thus pointed towards the chondro-protective role of rosehip.

Another study tested the efficacy of petroleum ether extractive of Rosehip extract from Rosa multiflora in arthritic rat models.

During this study rheumatoid arthritis was induced in the rats by intradermal injections of collagen.

After induction of the disease, the diseased-models were then administered varying concentrations of petroleum ether extractive of hips of Rosa multiflora (PEE).

Results were compared against rats treated with dexamethasone that formed a positive control in this study.

After a careful administration and observation over a span of 28 days it was found that the petroleum ether extractive from rosehip resulted in reduced pain and paw swelling in the rat models.

Levels of pro-inflammatory cytokines was found to decline thus proving that this could be developed as a probable treatment for rheumatoid arthritis .

In order to assess the mechanism of action behind the efficacy of the petroleum ether extractive of rosehip powder, a group of scientists designed a similar experiment quite recently.

Their study proved that petroleum ether fraction of rosehip down-regulated the expression of COX-2 thus leading to a reduction in nitric oxide production. This could be accounted responsible for the anti-inflammatory role of rosehip extract in in vitro models .

Rosehip has effective antioxidant and anti-inflammatory properties which helps patients with rheumatoid arthritis. Good evidence is available through in vitro studies that it could be developed as a well approved treatment alternative for rheumatism. Thus in the years to come more research must be conducted on in vivo models and in clinical settings in order to develop it as a treatment option against the disease.

How can you take Rosehip?

As a part of the traditional remedy, the seeds of rose pods have been consumed as a whole or as a powder by the patients to enjoy its benefits.

Now it is even available in Australia and New Zealand under the trade name Rose-Hip Vital. The standardized powder contains at least 5 mg/g of vitamin C.

The appropriate dosage of rosehip depends on numerous factors like the user’s age, health, and other conditions. Due to the lack of enough scientific evidence not much is known about the safe range of rosehip for humans.

The capsules and powders available in the market prescribe 5 gm of the extract daily.

However, the dosage of the product is usually adjusted on the basis of the desired amount of bioflavonoids and vitamin C needed by the patient.

In any case, this treatment should not be considered as a substitute for advice from your doctor.

It is important to consult your physician before making any changes in treatment.

Rosehip is likely safe for adults in food and medicinal amounts. However it can cause some side effects like nausea, diarrhoea, vomiting, heartburn, fatigue, headache and inability to sleep.

Some people could be allergic to rosehip dust and thus must avoid using it in that case.

Again due to lack of evidence, it is not advised for pregnant or breastfeeding women.

Patients with iron-related disorders must use rosehip with caution as it might increase the iron absorption.

Certain medications could interact with rosehip and thus not be taken in combination.

These include: aluminium, estrogen pills, fluphenazine (Prolixin), Lithium, and Warfarin.

Patients with rheumatoid arthritis have to face the symptoms throughout their lives. There are treatment options available, but most of them have side effects and compliance issues.

In such a scenario a natural treatment can always be a good alternative in combination with the regular medication.

Rosehip is one such treatment alternative that has been used in ancient Chinese medicine to treat inflammatory diseases like rheumatoid arthritis.

There are scientific evidence that shows that rosehip certainly possesses antioxidant and anti-inflammatory properties.

Future research could provide with more insight regarding its dosage, medicinal properties and mechanism.