Arthritis is a widespread disease which effects the joints weakens them.

It is generally characterized by joint pain, swelling and inflammation.

It occurs most commonly in the two chronic forms- osteoarthritis and rheumatoid arthritis.

Other forms of this disease include septic arthritis, gout and reactive arthritis. Many disorders of the connective tissues are also categorized as arthritic problems.

Rheumatoid arthritis comprise of a painful and progressive onset. It is an inflammatory form of the disease.

As it spreads, it leads to nodule and lump formation. This are poses a threat to the lungs and eyes.

The disease is found to run in families which is why some scientists believe that it is a genetic issue as opposed to osteoarthritis which is brought about by ‘wear and tear’ of joints.

This genetic problem can get triggered on exposure to certain damaging environmental factors such as smoking.

Symptoms consist of a general feeling of malaise and flare-ups at the joint sites.

The proper diagnosis is carried out through X rays or magnetic resonance imaging (MRI) followed by a blood test to eliminate other disease and determine the specific problem.

The objective of rheumatoid arthritis treatment is to heal by reducing pain, inflammation and improving the function of the joint.

Probiotics generally refer to live bacteria and yeasts that are beneficial to our health. Contrary to popular belief, not all microorganisms are damaging to our body.

Probiotics focus on healing instead of harming. They are found within the body or can be obtained from various food sources and supplements.

They started to gain popularity among medical professionals around the mid-1990s post which their uses and applications have been studied extensively.

They are available are components in many food products ranging from yogurts to chocolates.

The general principle behind their functioning is the maintenance of an equilibrium between the good and bad bacteria in our system.

They also restore good bacteria in its absence like in a situation where an individual has been consuming antibiotics.

Antibiotics eliminate the good and bad bacteria in a patient’s body. Under such circumstances, intake of probiotics can help to compensate for the loss of good bacteria.

7 Benefits  of Probiotics in Rheumatoid Arthritis

Considering the several benefits of probiotics, researchers attempted to use it as a therapeutic agent for rheumatoid arthritis treatment.

Rheumatoid arthritis is often characterized by an inflamed intestinal and gut region.

Probiotics are known to relieve such symptoms and could thus be a potential remedy for this problem.

Here, we explore some of the factors associated to probiotics and their healing properties in rheumatoid arthritis along with suitable scientific evidence:

Inflammation is a key factor contributing to joint pain and swelling and one of the main markers of rheumatoid arthritis.

In order to understand the benefits of probiotics in rheumatoid arthritis therapy, a study was conducted using a group of 46 patients.

The patients were divided into two groups- treatment group and placebo group.

At the end of 8 weeks, a series of tests and questionnaires were carried out. It was food that, there was a significant decrease in disease activity and inflammation status in the treatment group.

What does this mean? From this study, it can be understood that supplementation of probiotics to rheumatoid arthritis patients effectively reduces disease activity and relives inflammation.

2. They suppress biomarkers responsible for arthritis

There are several biomarkers that act systematically with one another in order to express arthritic conditions.

A similar experiment to the one mentioned above was carried out using two groups of women affected by rheumatoid arthritis for over a year.

They were segregated into an experimental group and a placebo group, both of which were given tablets over 8 weeks.

However, only the treatment group’s tablets contained the probiotic Lactobacillus. At the end of the study, it was seen that the levels of the biomarkers- cytokines, interleukin (IL)-1β, IL-6, IL-10, IL-12 and tumour necrosis factor (TNF)-α were lowered significantly.

What does this mean? Probiotic supplementation to rheumatoid arthritis patients would be highly beneficial as it regulates biomarker levels and repairs the damage caused at the tissue.

The swelling and weakness at joints renders them inactive. Scientist aimed to study the ability of probiotics in reversing this occurrence.

For this purpose, patients affected with rheumatoid arthritis varying in age from 18 to 40 were involved in a study. They were randomized into a placebo group and a treatment group.

The two groups took 2 capsules daily for 3 months. The treatment group was given the probiotic Lactobacillus. Tests were carried out on the 0th, 45th and 90th day.

It was seen that the treatment group had highly benefited when compared to the placebo group. Their joints were healthier enabling their limbs to be more active and mobile.

What does this mean? This implies that supplementation of probiotics in arthritis patient’s diet reverses swelling and damage to tissues therefore aiding the agility of limbs.

Studies have indicated that buildup of harmful microbes in the intestine play a role in the flare-ups related to rheumatoid arthritis.

Some of these organisms include Prevotellacopri and Bartonella.

Probiotics are known for their abilities in treating digestive disorders such as diarrhoea, antibiotic-associated diarrhoea, irritable bowel syndrome, and inflammatory bowel disease. This is due to their ability to eliminate harmful microbes while restoring the helpful bacteria to the intestine.

Therefore, by introducing probiotics into our diets we would eliminate harmful gut and intestine microbes that cause swelling and pain in case of arthritis.

What does this mean? The intestinal cleansing abilities of probiotics are helpful in arthritis treatment as they kill the microbes which cause flare ups in case of Rheumatoid Arthritis. 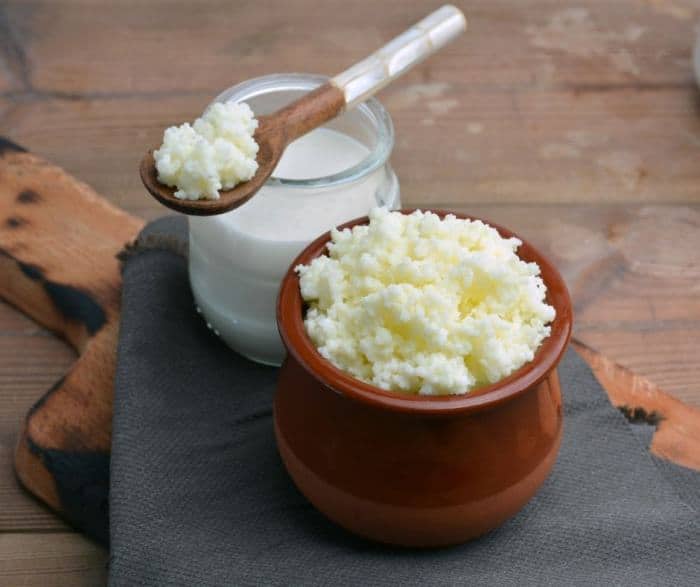 Probiotics have been believed to possess immune modulatory abilities. In order to use property to its full potential, its validity was tested by researchers using a suitable animal model.

The probiotic B. coagulans was introduced into the diets for 2 weeks.

It was seen that swelling was significantly reduced in probiotic treatment enabling them useful in arthritis treatment.

The effects of probiotics on the immune system were further validated by a study carried out on a group of elderly people (aged above 65).

Of this group, subjects were randomly given a probiotic containing (Lactobacillus) tablet while the rest were supplied a placebo.

At the end of 6 weeks. It was seen that the group which consumed the probiotics have improved immune responses and the probiotics had reacted with the A/H1N1 and B antigens, which were disabled in the placebo group.

This result was best observed in the oldest group i.e. individuals aged above 85. Therefore, the benefits of probiotics can be seen across ages and is useful for an aged individual affected by disease.

What does this mean? By monitoring levels of immune cells, probiotics decrease swelling and control the effects of arthritis and inflammation on joints.

One of the mains symptoms of arthritis is progressive deterioration of cartilage tissue.

This occurs due to the activity of enzymes which catalyse the destruction of tissue over time.

An experiment aimed at understanding how probiotics effect metabolic responses in arthritic patients was carried out using a group of 60 subjects.

The individuals ranged from age 25-70.

Half of the group were given prebiotic capsules containing Lactobacillus acidophilus, Lactobacillus casei and Bifidobacteriumbifidum daily for 8 weeks.

The other half were given placebos.

At the end of the study, the group who were given the prebiotic capsules showed positive results in the form of decrease in serum insulin levels and serum high-sensitivity C-reactive protein (hs-CRP) concentrations- metabolic markers of rheumatoid arthritis.

What does this mean? From this study, it can be inferred that probiotics maintain a check on arthritic enzymes thereby delaying cell destruction.

Probiotics possess a unique ability to exhibit pro-inflammatory and anti-inflammatory effects at the same time.

This is due to their close relation with cells like the antigen presenting cells and T cells.

Inflammation in rheumatoid arthritis generally arises due to an autoimmune reaction in the body.

By controlling the cell signals in immune cells, probiotics can reduce inflammation and other damaging parameters.

What does this mean? Probiotics help maintain an equilibrium in the body through which they can reduce inflammation and damage in arthritis patients.

Dosage of Probiotics In Rheumatoid Arthritis

Nutritionists and dieticians suggest that the best mode of introduction of probiotics into our system is by means of modifying our diet.

This can be carried out by eating probiotic-rich yogurts and adopting a Mediterranean diet which is rich in fish, olive oil and vegetables.

Some studies also claim that vegan diets offer probiotic advantages. They have been found to alter the gut microbiome and reduce the harmful effects of Rheumatoid Arthritis.

If opting for supplements, consult a health practitioner prior.

Scientists are still researching the full scope and outcomes of uses of probiotics in our diet.

The pathways through which it modifies cell signals and immune responses are still poorly understood.

As such their effects may vary with respect to an individual’s build up.

It is therefore best to consult with a healthcare professional first before initiating regular probiotic consumption.

Probiotics have been used for years due to their beneficial impacts on human health. They are components of many food items and are also found in the body.

Since they are closely connected to immune cell activity and cell signal regulation, they could be a promising therapeutic agent in rheumatoid arthritis patients.

They have shown potent abilities to relieve pain and swelling and are therefore highly recommended by nutritionists in treatment of many degenerative disorders.

1 thought on “7 Benefits Of Probiotics In Rheumatoid Arthritis”