Food allergies are the anomalous reaction of the body’s immune system to specific food items.

It can be seen in some people and not the others as it is a unique response by one’s body to that food item [1].

Food allergies usually manifest as a mild reaction like itching or some discomfort, however, in very rare cases they may lead to a severe reaction called as anaphylaxis, which is a serious reaction where there are rash, itching, and swelling which can be life-threatening and requires immediate medical attention [2].

There is no complete cure for food allergies except that these allergens (food that causes the allergy) are found and completely refrained from [3].

Rheumatoid arthritis is a condition where the immune system is defective and causes damage to healthy cells. This leads to inflammation, swelling, pain, and stiffness of the joints.

Researchers have affirmed a variety of connections of food allergy with the symptoms of rheumatoid arthritis.

Sensitivity to some types of food can trigger symptoms like pain, swelling stiffness etc [4]. 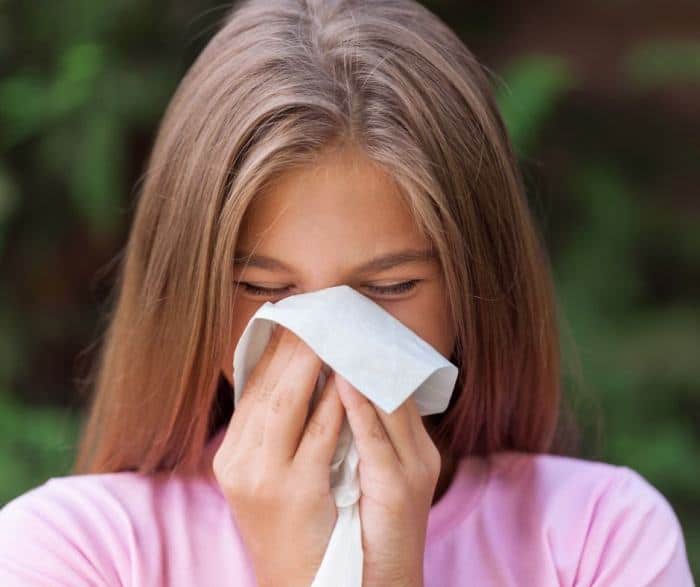 Rheumatoid arthritis is an inflammatory condition which is due to ‘autoimmunity’ caused by odd immune response [5].

Autoimmunity can be dissected as “auto” meaning “self” and “immunity” meaning “ability to protect”. Therefore, autoimmunity means protection from one’s own cells of the body.

In autoimmune diseases, the body fails to recognize its own cells and damages healthy tissues.

The immune system which is otherwise supposed to protect the body from foreign substances ends up attacking the healthy tissues [6].

An autoimmune process involves a reaction between the ‘antigen’ and ‘antibody’.

The antigen is a substance that is external to the body and antibody is a protein produced by the immune system body as a reaction to the antigen [7].

The antigen-antibody reaction leads to cell death and ultimately leads to the elimination of the antigens. Some of the immune cells are also sacrificed during this process [8].

In the case of rheumatoid arthritis, the immune system is flawed, and these antibodies are produced to the antigens which are not external but, internal and exist within the body [9].

2. The link between Food Allergies and Rheumatoid Arthritis

Food allergens can be related to rheumatoid arthritis and it can also increase the symptoms of arthritis.

A clinical trial including 94 rheumatoid arthritis patients proved that food intolerance led to the initiation of immune reactions in them [11].

In another study, conducted by Panush RS showed that patient with shrimp and milk allergy has increased symptoms of arthritis upon consumption of them.

This could be related to the presence of antibodies to these food items that activate the immune system and further aggravates their symptoms [12].

This food allergy can add on to the immune reaction further and have a negative impact in RA [13].

In a questionnaire conducted by Liden M et.al. , it was found that 27% of the rheumatoid arthritis patients were has increased symptoms of arthritis with certain foods which included milk, wheat gluten and meat [14] .

In a study conducted by Hicklen et. al., proved the benefits of 91% of RA subjects by elimination allergic foods in them [15].

A study also indicated that identification of the trigger food that leads to increased symptoms must be found and avoided and this may result in some relief in rheumatoid arthritis symptoms [16].

What does this mean? There are some studies that prove the link of food allergens and RA. Some foods can aggravate the symptoms in RA by activating the immune system.

Gluten is protein found in grains like wheat, barley and rye and allergy to this protein may be seen in individuals with rheumatoid arthritis.

There can be a flare of arthritis symptoms with intake of gluten in the diet [17].

A clinical trial involving RA patients showed that a gluten-free diet may have some benefits on the immune reactivity of the patients [18] .

In another case of a patient with arthritis, there was seen a marked improvement in symptoms after a gluten-free diet for three months [19].

Celiac disease is also an autoimmune disease like rheumatoid arthritis and involves the same process in the immune system.

A gluten-free diet is a common treatment for celiac disease, therefore it can also benefit patients in RA [20].

What does this mean? Gluten a protein present in wheat can increase the symptoms of RA by stimulating antibody production by the immune system.

A case of increased rheumatoid arthritis symptoms has been reported where the patient with RA was found to have a longer duration of morning stiffness upon taking milk in diet [21].

This could mean that the intake of milk may cause increased symptoms as milk would further add on to the immune response.

Research shows that the albumin present in cow’s milk could be similar to the antigen in the body of a person with RA.

Therefore, this would lead to an antigen-antibody reaction and activate the immune system [23].

What does this mean? Milk can be a trigger in RA patients and can lead to worsening RA symptoms by initiating antigen antibody reaction.

The pathogenesis (process involved in the disease occurrence) of RA and egg allergy has been proven to be similar [24].

This means the same type of immune reaction is seen in both RA and egg allergy.

An extensive study by M Hvatum et. al., showed that the antibodies to egg were higher in the intestinal fluids of RA patients than others and this could be the reason for aggravation of symptoms with egg [25].

What does this mean? Egg can also increase the rheumatoid arthritis symptoms by a similar mechanism as that of milk allergy.

A clinical study has shown that there is a greater chance of inflammation leading to arthritis in individuals with high protein and meat consumption [26] .

Another multi-country study demonstrated that there was a higher prevalence of RA in countries with higher meat consumption [27].

From these studies, it can be inferred that high meat intake can increase the symptoms of RA.

What does this mean? Meat has been known to worsen RA symptoms as it can lead to inflammation which is the main cause of rheumatoid arthritis.

Refined sugar was known to increase the symptoms of rheumatoid arthritis as revealed by a study which involved responses obtained from RA patients through a questionnaire [29].

A trial involving 27 RA patients showed that there was increased joint tenderness, swelling, and stiffness associated with the intake of refined sugar in the diet.

The elimination of these foods from the diet showed a decrease in their symptoms [30].

What does this mean? The use of refined sugar can also increase the symptoms of rheumatoid arthritis. However, to prove this there is a need of good studies with large number of people.

Rheumatoid arthritis is a condition where the body’s own immune system attacks the healthy cells.

A similar reaction is seen in the case of food allergies.

The exact cause of these reactions remains unknown. It has been demonstrated in some cases that certain foods can increase the symptoms of rheumatoid arthritis.

There is a moderate amount of evidence that claims the symptoms of rheumatoid arthritis can be worsened by foods like milk, egg, cheese, gluten, and meat.

The elimination of these foods has not been proven to be beneficial in all the patients but, it has greatly reduced symptoms in some patients.

The underlying mechanism is the presence of antibodies in the body which triggers the immune system and causes the damage.

However, there needs to more studies that can provide some strong evidence for foods increasing the symptoms in rheumatoid arthritis.