Gout is a condition affecting the joints which cause immense pain the joints due to the inflammation and swelling of the joints.

The reason for gout is the excess collection of uric acid in the blood. Uric acid then collects at the joints forming crystals which leads to inflammation and swelling.

Uric acid is produced in the body by the degradation of purines.

Purines are chemical compounds that are present in the body and for a main component of the genetic material.

High intake of purine-rich foods can be a risk factor for developing gout.

Surely some type of food control reduces the chance of developing gout or prevent worsening of gout. But, does increasing the intake of others decrease the symptoms?

Let us find out if increasing intake of apple cider vinegar helps the symptoms of gout. Before we discuss the benefits let us brush-up on its contents and history.

What is Apple Cider Vinegar?

Apple cider vinegar is obtained by crushing apples obtaining its juice after which it is treated with yeast and allowed undergo fermentation.

Apple Cider Vinegar has been in use for thousands of years. It has been regarded as one of the foods that increase longevity in Japan.

Whereas, in China and Africa it has been used in medicine or treatment from ancient times.

Apple cider vinegar contains vitamin C, Vitamin B, and Acetic Acid. Acetic acid forms the main component of apple vinegar and it has the power of increasing the absorption of vital minerals from the diet.

Research has attributed benefits of Apple Cider Vinegar in Gout to the antioxidant, anti-inflammatory properties which can be useful for gout.

It is also found to have the capacity to reduce the uric acid levels in the blood.

More trials in gout patients are required to make any strong claims regarding the benefits of apple cider vinegar for gout. 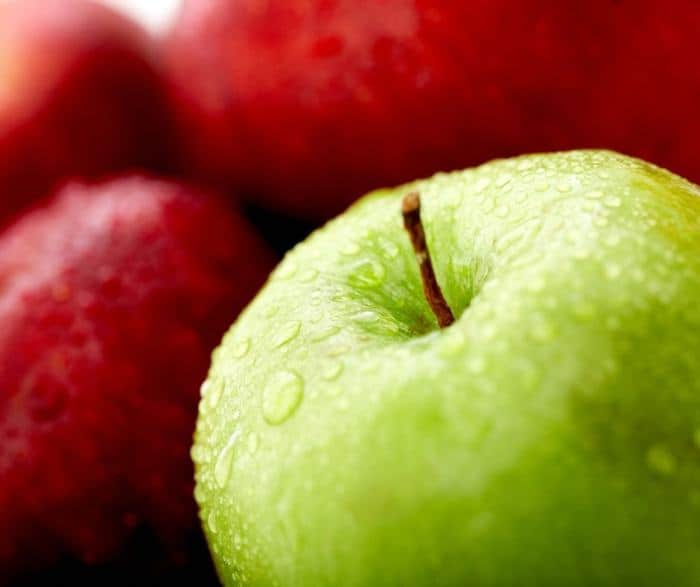 These benefits are discussed in more detail below

Gout leads to increased generation of free radical which can harm the body cells and cause oxidative stress.

Apple cider vinegar has can reduce the damage caused to the liver by toxins from food or medicine taken for gout.

Apple cider vinegar contains Vitamin C which is known to be a powerful antioxidant. It can be used to reduce the antioxidant enzyme and free radical imbalance.

The oxidative stress damage caused to the liver and kidneys can be reduced by apple vinegar which has been demonstrated through animal trials.

What does this mean? Apple cider vinegar can help in reducing oxidative stress in gout patients as it has been proven to be great for detoxification.

Obesity can increase the chances of development of gout.

A Japanese study has demonstrated that intake of apple cider vinegar has reduced the body weight and body fat mass effectively.

Animal studies have shown that a high-fat diet decreases antioxidant enzymes in the body which leads to oxidative stress. Apple cider vinegar has been proven to significantly reduce oxidative stress.

Reduced inflammation in obesity has also been demonstrated by animal studies.

However, human trials are lacking in this regard to endorsing this remedy in full confidence.

What does this mean? Obesity increases the chance of gout attack. Apple cider vinegar has been proven to be effective for reducing body weight.

Inflammation has a key role to play in gout and it forms one of the major causes of symptoms like pain and swelling.

Apple cider vinegar is a proven anti-inflammatory agent in animal studies. This similar effect may be beneficial to gout patients in reducing their symptoms.

Human clinical trials are necessary to build on more data on the effectiveness of apple cider vinegar on gout symptoms.

What does this mean? Apple cider vinegar may reduce inflammation in gout. However, studies in humans are lacking to solidify this finding from animal studies.

Urine pH is normally slightly acidic in nature. Uric acid excretion from the body via urine is low when the urine is acidic.

A Japanese Study demonstrated that increasing the urine pH can increase the amount of uric acid removal from the body.

The acidic nature of apple cider vinegar makes it an agent that increases the urine pH. It can benefit gout patients by the increased elimination of the root cause of the problem.

What Does this mean? Apple cider vinegar can increase the urine pH and increase the removal of uric acid from the body in gout.

Apple cider vinegar of 15ml-30ml can be taken orally to reduce body weight or body fat.

For detoxification add 1-2 tablespoons of raw apple cider vinegar to a glass of water and drink once a day.

Apple cider vinegar is used in many food preparations for generations and therefore it is known to be safe.

But, long-term consumption of apple cider vinegar can cause low potassium levels.

It is advisable to consult your physician before taking apple cider vinegar for therapeutic use in case you are pregnant or have any other medical conditions.

One must seek physician’s advice prior to taking apple cider vinegar with these medications.

Gout is an inflammatory condition of the joints resulting from increased uric acid in the blood which causes pain and swelling.

Gout attacks can be controlled by diet restriction which reduced the uric acid in the body.

Apple cider vinegar has been used for thousands of years for cooking as well as for therapeutic effects.

It is known for its benefits in diabetes, cancer, obesity etc.

Apple cider vinegar is proven to bring about weight loss which can reduce the chances of developing gout attacks.

However, human trials are not sufficient to confirm these properties in gout patients.