The condition which leads to the problem in the joints due to inflammation is called arthritis.

Many joints are found in the body and these are responsible for the proper movement of the body parts.

There are many forms of arthritis which can affect bones. In the process of inflammation, the white blood cells and other immune system proteins provide protection from tissues damage.

However, in some cases of arthritis like rheumatoid arthritis, the immune system triggers an autoimmune inflammatory response.

In such a case, the immune system damages its own tissues and cells. Other factors which can lead to the disease include metabolic abnormalities, hereditary factors, infections like bacteria and virus, tissue injury, etc.

The symptoms of arthritis can vary from stiffness and redness around the joints, swelling, warmth, and tenderness.

The spice cinnamon is obtained from the bark of the cinnamon tree. This bark is dried and it rolls into a tube-like structure called the quill (sticks of cinnamon).

This bark can also be dried and used in the form of ground powder. Cinnamonum verum or cinnamon is known to have about one thousand varieties under it.

The most common varieties are Cinnamonum zeylanicum and Cinnamomun aromaticum. It is among the oldest spices in the world and an important part of the Indian Ayurveda.

It is commonly used as a flavoring agent and also for numerous medicinal treatments. The most common form found in India is the Ceylon cinnamon or Cinnamonum zeylanicum .

The herb is known to possess anti-inflammatory and anti-bacterial properties which have been able to treat conditions like diabetes, high blood pressure, and arthritis.

5 Awesome Benefits of Cinnamon in Arthritis

Cinnamon has therapeutic properties which help in healing different types of arthritis. Cinnamaldehyde is the active ingredient which is highly beneficial.

Various studies have indicated that cinnamaldehyde present in cinnamon inhibits the activation of inflammation causing factors such as arachidonic acids thereby acting as an effective anti-inflammatory agent .

In cases where inflammation is caused by immune cells, cinnamon suppresses the release of inflammatory cytokines (substances secreted from immune cells that affect the nearby cells) such as interferons.

What does this mean? Research has shown many evidences wherein cinnamon has proved to be useful in inflammatory diseases such as arthritis because it acts as an effective anti-inflammatory agent.

Cinnamon also prevents tissue damage at the joints. 2‒methoxycinnamaldehyde inhibits the rate of bone resorption by 95% at a concentration of 2µM. It also reduces the activity of osteoclasts which are cells involved in bone resorption (the breakdown of bone tissue).

What does this mean? The inhibition of bone destruction by consumption of cinnamon extract in arthritis patients is a useful strategy to treat the diseased. It can also be used to treat osteoporosis which is second common problem in adults.

3. It has an antimicrobial effect that benefits in septic arthritis

Septic arthritis is caused by infection of bacteria, virus or fungus.

Cinnamomum cassia is used a traditional Chinese medicine due to its antimicrobial nature .

The cinnamon oil was tested against microbes and it was found that cinnamaldehyde, the active ingredient has broad spectrum antibiotic activity i.e. it is effective against an array of microbes.

What does this mean? Being antimicrobial, cinnamon can be an effective treatment for septic arthritis. This shows the importance of cinnamon in treating another type of arthritis. 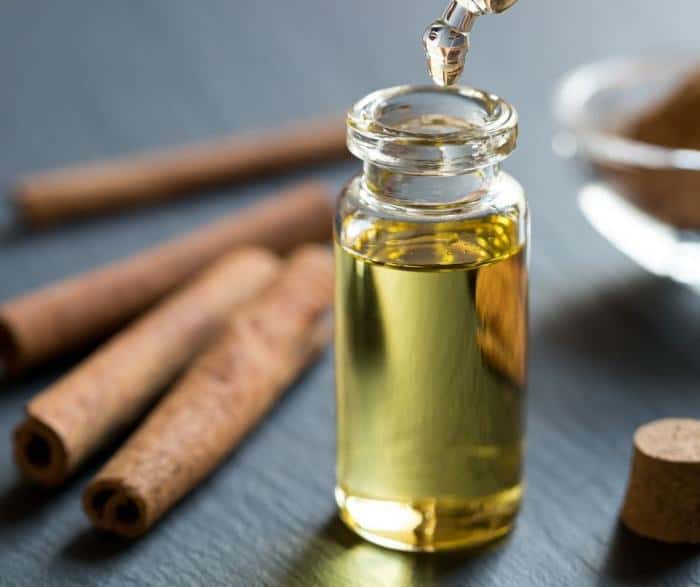 4. It regulates immune responses in arthritis

Their research suggested that it was able to downregulate cytokine, INF‒γ production without affecting the release of another cytokine, IL‒2 .

This helps in understanding cinnamon's therapeutic effect in inflammatory and autoimmune disorders such as rheumatoid arthritis.

What does this mean? The immunomodulatory effect of cinnamon can prove useful in rheumatoid arthritis which affects the immune system of the diseased.

Cinnamon has been reported to control insulin levels in the body. Costello et. al. suggested that cinnamon supplemented with medications help in improving glucose control in type 2 diabetes mellitus patients .

Different tree bark extracts were used in the study viz. Cinnamomum cassia, C. aromaticum, C. zeylanicum. Some of the extracts were able to achieve the American Diabetes Association treatment goals in patients which is fasting blood glucose < 130mg/dL.

Several polyphenols have been isolated from cinnamon which has a role in maintaining metabolism. Some polyphenols like rutin, catechin, kaempferol have insulin-like activity.

What does this mean? Cinnamon is helpful for type 2 diabetes mellitus patients as it alters glucose metabolism in the body. It also maintains cholesterol levels in the body. Hence, it helps in enhancing metabolism of the body.

How to take Cinnamon?

Cinnamon is commonly used in the form of spice in various Asian cuisines for its unique flavor and aroma.

It has become popular around the world as well for culinary purposes. Cinnamon can be consumed in many forms both for culinary and medicinal purposes.

The most common form in which cinnamon is used is the cinnamon sticks. These sticks can be taken by adding them to milk or tea for health benefits.

These sticks can also be directly added to both vegetarian and non-vegetarian curries for added flavors.  It can also be added to rice during cooking.

Nowadays cinnamon tea is also available which contains a high-grade oil of the cinnamon bark and this is highly beneficial for health.

The cinnamon bark can also be ground and powdered and this powder can be sprinkled on top of tea, cereal, toast and any food of your choice.

Cinnamon and honey are especially loved by the children as a topping for toast, donuts, and pancakes.

This powder can be used in various desserts and cakes for flavor and aroma. The cinnamon sticks can be added to boiling water to make cinnamon water which can be taken regularly for health benefits.

Cinnamon sticks and powder is easily available in the market and can be taken as per individual choice.

Dosage of Cinnamon For Arthritis

The spice cinnamon can be taken as per requirement and need or as recommended by the doctor.

There is no specific dosage mentioned for cinnamon intake for medicinal purpose.

A pinch of cinnamon or half a teaspoon consumed on a regular basis helps to treat arthritis. Cinnamon powder can be taken along with honey in 1:2 ratio.

However, it should be noted that the dosage does not exceed 11mg daily. Some studies recommend approximately 1.8 to 2.3 mg daily for women and men respectively.

Cinnamon spice is one the most common spices used around the world for its unique flavor and there have been no reports of any person suffering from adverse side-effects due to this spice.

However, if taken in excess this spice can result in irritation in the stomach and ulcers.

High amounts of cinnamon have also been reported to increase the heart rate.

The doctors do not advise pregnant women to consume cinnamon for medicinal purpose as it can induce uterine contractions.

The dosage of cinnamon must be kept in mind as when taken in excess it can cause thinning of blood and interferes in blood clotting.

It is advised that before using cinnamon oil for oral consumption it must be diluted to less than 2%7.

It is recommended that patients with liver conditions should avoid the intake of cinnamon.

Cinnamon and tetracycline (antibiotic) should not be taken together as it might inhibit the action of antibiotic.

Topical application of cinnamon might cause skin irritation. People suffering from any other ailment must consult the doctor before consuming cinnamon.

There are various medications available for the treatment of arthritis but there is no substitute for a natural remedy like intake of cinnamon.

Cinnamon is a therapeutic agent for arthritis with minimal side‒effects when taken in appropriate dosage.

Cinnamaldehyde present in cinnamon acts as a health miracle. It reduces inflammation thereby acting as an anti-inflammatory agent.

It also reduces pain at the joints, hence, acting as a natural analgesic.

In the case of autoimmune arthritis (rheumatoid arthritis) which is very common, it interferes with the release of inflammation-causing factors.

The antimicrobial activity is useful in treating septic arthritis. It is also beneficial in treating antibiotic-resistant diseases as traditional medicine. Polyphenols present in cinnamon have been reported to have insulin type activity.

READ THIS NEXT -
How Grapefruit Benefits In Osteoarthritis [UPDATED]
How Onions Help in Arthritis?
Benefits of Reishi Mushroom (Ling Zhi) for Lupus
Cinnamon Benefits to Metabolism