Cinnamon which is got from the bark of ‘Cinnamomum verum’ tree grows widely in Sri Lanka, China, India and other regions of South East Asia.

Cinnamon can be used for medicinal purposes and to spice our food.

It is available as dry powder, capsules, tea or liquid extracts.

The two common cinnamon varieties which are used are Cassia and Ceylon Cinnamon.

Cinnamon bark oil is usually produced by the hydro-distillation method.

In these pieces of twisted shoots and inner bark, twigs are placed in a huge distillation vessel containing water and heated on direct fire.

Two fractions of the oil distill over – one heavier and one lighter than water. Modern steam distillation methods are also used.

Cinnamon bark oil has a sweet, pungent and delicate aroma.

The major chemical in it is cinnamaldehyde. Odor and flavor are got from other minor ingredients. Cinnamon bark oil is exported from

Sri Lanka and the major purchasers are European Union countries – especially France – and the US.

To produce cinnamon leaf oil the leaves are first pruned and left to dry for a few days.

After this they are distilled to produce cinnamon leaf oil using water-steam distillation or more traditional methods.

In the traditional method, a huge wooden vessel is fitted on top with a copper head.

This can contain even 200kg of dried cinnamon leaves.

A wood-fired boiler will produce the steam for the distillation.

Cinnamon leaf oil has a stronger odor when compared to bark oil. Its major chemical ingredient is eugenol.

Cinnamon leaf oil is exported from Sri Lanka to Western Europe and the US. Demand for this oil has fallen somewhat due to the easy availability of clove oil that also contains eugenol.

Both oils usually undergo a rectifying process before being exported. This provides a cleaner product with a uniform composition. 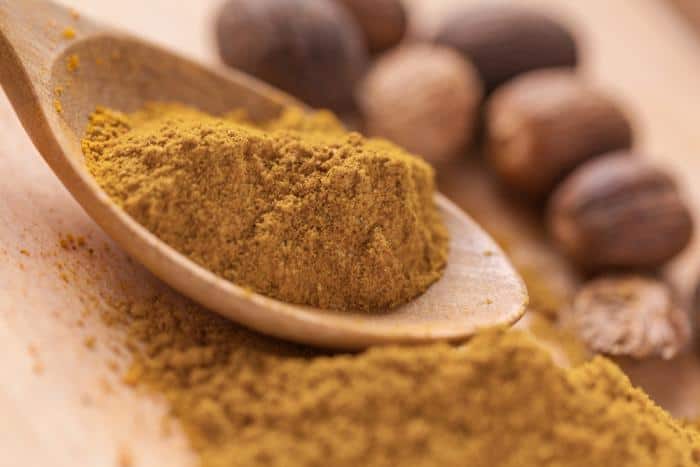 Its uses in the perfume industry are limited

Cinnamon bark oil is very strong and should not be used on the skin.

It has powerful antifungal and antibacterial properties and can be used as a diffuser in aroma lamps to cleanse the air.

It is useful to improve our moods especially when we feel mentally and emotionally fatigued.

Cinnamon bark oil is said to be very effective as a massage oil to improve blood circulation. It is also effective in killing germs.

Cinnamon leaf oil is used as an additive in soaps and insecticides. It is also used to flavor savories and seasonings.

Eugenol in cinnamon leaf oil can be converted to iso-eugenol and used as a flavoring agent.

Cinnamon leaf oil can be diluted and used to treat tooth and gum problems.

It has anti-fungal properties and hence can be used as a diffuser and helps to stimulate the senses.

Studies have shown that this oil is an excellent mosquito repellant and offers a natural way to ward off these pests.

Cinnamon bark oil is the preferred oil used in the perfume industry due to its more intense scent.

However, those who make potpourri and body products sometimes go in for the less expensive cinnamon leaf oil due to its lighter and milder fragrance.

Cinnamon bark oil is more expensive variety when compared to cinnamon leaf oil.   This could be because while the entire tree has to be harvested to get the bark, leaves are more easily plucked without damaging the tree.

Both cinnamon bark and cinnamon leaf oils could irritate the skin.

Pregnant women are advised against using these oils.

READ THIS NEXT -
Is Methylglyoxal in Manuka Honey Safe?
How and Why Coconut Oil Helps in Inflammation?
Can Quinoa Promote We​ight Loss?
Cinnamon Benefits for Hyperthyroidism