One of the most commonly occurring infection is UTI, or urinary tract infection.

There are over 8.1 million cases of UTI each year around the world. The infection is caused by microbes and usually affects the lower urinary tract.

It is through the urinary tract that the body removes the waste as well as excess water in the form of urine.

The infection occurs when the causative organisms (usually bacteria) get into the urinary tract and proliferate.

Though the passage of urine usually eliminates the bacteria, however, if they are too many in number, they ultimately spread and infect the body.

The infection can occur anywhere in the urinary tract. If it affects the urethra, it is called urethritis.

It has been observed that women are at a greater risk of contracting the infection than men. This happens due to the anatomical differences.

The other factors that can lead to an infection include sexual activity, improper hygiene, and usage of spermicidal contraceptives.

The risk factors include the obstruction of the urinary tract (for example, kidney stones), postmenopausal women who have low circulating estrogen, people with a suppressed immune system, such as those suffering from diabetes or HIV/AIDS, or those under immunosuppressant medication like chemotherapy.

In such conditions, Aloe vera can be used to help with the infection as well as the symptoms.

What is Aloe Vera?

The evergreen plant is native to Cthe aribbean, South America as well as Latin America.

Due to it’s therapeutic characteristics, it is now being used in some products such as creams and the gel is also sold for consumption.

Aloe vera contains, in the center of the leaf, gel and latex, which have a number of beneficial components such as enzymes, amino acids, lipids, polysaccharides, glycoproteins, tannins, vitamins A, B12, C and E, proteins, essential fatty acids, calcium, zinc and magnesium.

There are a number of benefits associated with Aloe vera. It has helped in the healing of burn wounds, enhanced intestinal absorption, for type 2 diabetes, it has acted as an antihyperglycemic and antihypercholesterolemic agent. It also has antioxidant and hepatoprotective effects.

Aloe vera helps in the elimination of the causes as well as effects of urinary tract infection. It fights the bacteria responsible for it, eases the symptoms associated with it such as inflammation and pain and also activates the immune system to prevent any possible relapse. 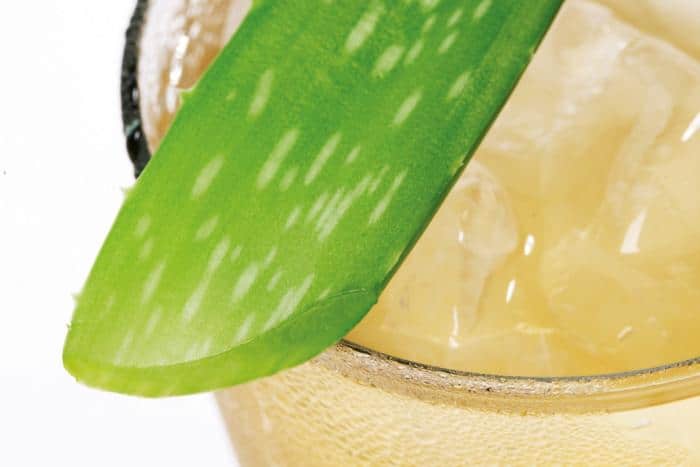 According to a laboratory study conducted by the University of Health Sciences, Lahore, Aloe vera has anti-microbial properties against common urinary pathogens such as E.coli, Staphylococcus aureus and Pseudomonas aeruginosa with a success rate of 77%, 74% and 40% respectively.[1]

In an animal study conducted on rats, aloe vera was found to exhibit antibacterial property against a common urinary pathogen Proteus mirabilis.

It was observed that at high doses, aloe vera had a comparable effect to the anti-biotic ciprofloxacin but it takes longer for it to come into effect.[2]

According to a study published in the Journal of Pure and Applied Microbiology in the year 2017, aloe vera was proved to be effective against the most common urinary pathogen E.coli.

The growth of the bacteria was inhibited by treating it with a low dose of 50 microgram/ml of ethanol extract of the aloe vera gel.[3]

What does it mean? Aloe vera has anti-bacterial properties that can be used to treat urinary tract infections.

Aloe vera inhibits the production of prostaglandins which in high concentration causes inflammation, redness, and pain which are a few symptoms of Urinary tract infections. [4]

Manipal University, India, conducted an animal study on mice to find that aloe vera has an anti-inflammatory effect in carrageenin induced paw edema.[5]

According to a laboratory study published in the Journal “Planta Medica”, Aloe vera was found to have active ingredients such as isorabaichromone and aloesin which are excellent free radical and superoxide scavengers acting as an antioxidant agent preventing damage to the inner lining of the urinary tract.[6]

What does it mean? Aloe vera has active ingredients that aid in reducing inflammation and thus relieving the symptoms of urinary tract infections.

Aloe vera has D-mannose which helps in treating UTI’s

According to a human study conducted on women suffering from urinary tract infection, administration of D-Mannose was found to prevent and help in the treatment of UTI’s and acute cystitis.[7]

In an animal study published in the Journal of American Podiatric Medical Association, administration of 300mg/kg of aloe vera’s main sugar i.e. D-mannose to the mice showed anti-inflammatory effects which would help in treating urinary tract infections.[8]

According to an animal study published in the Central European Journal of Immunology, on the administration of a high dose of oral aloe gel supplement daily for a period of 14-21 days, the antibody production and chemokinetic activity of the mice increased significantly.[9]

Aloe vera was also found to increase the humoral immune response in rats according to a study published in the Journal of Inflammo Pharmacology in 2012.[10]

In an animal study carried out in rabbits, aloe vera extract was injected into them and the concentration of their immunoglobulin production was thereafter noted on a regular basis.

It was found that on the administration of aloe extract, the immunoglobulin production of CD4+ and CD8+ increased significantly. Aloe vera thus stimulates the humoral and cell-mediated immune system in a positive way making it useful in combating infections.[11]

What does it mean? Aloe vera stimulates the immune system in a positive way and aids in to produce more antibodies helping the body fight infections more efficiently.

There is no specific dosage of Aloe vera recommended for the treatment of UTI.

A dose of 15-30 ml of aloe vera juice daily is recommended for adults mixed with other juices. Studies have found doses as high as 100ml to be safe.

Initially, one or two teaspoons can be taken daily and later one can increase the dose, if it suits the body.

It can be consumed raw, or mixed with honey if you want to improve the taste.

Aloe vera juice can also be combined with juices of other fruits and vegetables for consumption.

One allergic to the plants from the Liliaceae family must refrain from Aloe vera consumption.

It can also lead to nausea, diarrhea, abdominal cramps, worsening of constipation as well as electrolyte imbalance.

Aloe vera overdose can cause colorectal cancer as well.

It should also be avoided by pregnant women, and nursing mothers as it can be harmful to the nursing infant due to the gastrointestinal distress that it causes.

Aloe vera helps in the elimination of the causes as well as effects of urinary tract infection.

It fights the bacteria responsible for it, eases the symptoms associated with it such as inflammation and pain and also activates the immune system to prevent any possible relapse.

However, to avoid complications, one must consult their physician before incorporating it into their routine and also check for any side effects or allergies.