Arthritis disease is a condition in which the joints are severely affected by the inflammation and swelling caused due to the disorder.

The elderly people are most commonly affected by this condition; however, it has also been reported in numerous youth and young adults.

Arthritis is known to affect the joints and cause inflammation which poses a problem while walking around. There are many types of arthritis which affect people.

Among these the most common ones are osteoarthritis, rheumatoid arthritis, and gout.

The causes of these conditions vary according to the cause.

Osteoarthritis is known to affect mostly the elderly as it occurs due to wear and tear of the cartilage which happens as the person ages.

Rheumatoid arthritis is also called an autoimmune disease as the immune system of the body starts to attack its own cells and tissue leading to inflammation in the joint area.

What is Borage Oil?

Borage oil is a natural herb that originated in Syria but has now been started growing in North Africa, Middle East, Europe, and South America.

It has many medicinal properties and hence is widely being used to treat many disorders.

The main component of Borage oil is gamma-linolenic acid (GLA).

It has anti-inflammatory properties and this oil is the only substance that has such a high amount of gamma-linolenic acid.

This fatty acid is the main component which provides borage oil its herbal properties. It also has a high content omega-3 and omega-6 fatty acids which are excellent skin vitalizers.

The beneficial properties of Borage oil are:-

This article will focus on the beneficial properties of Borage oil for arthritis.

4 Benefits Of Borage Oil In Arthritis

Borage oil contains nutritious compounds in it that are protective against arthritis and help in relieving pain and inflammation. 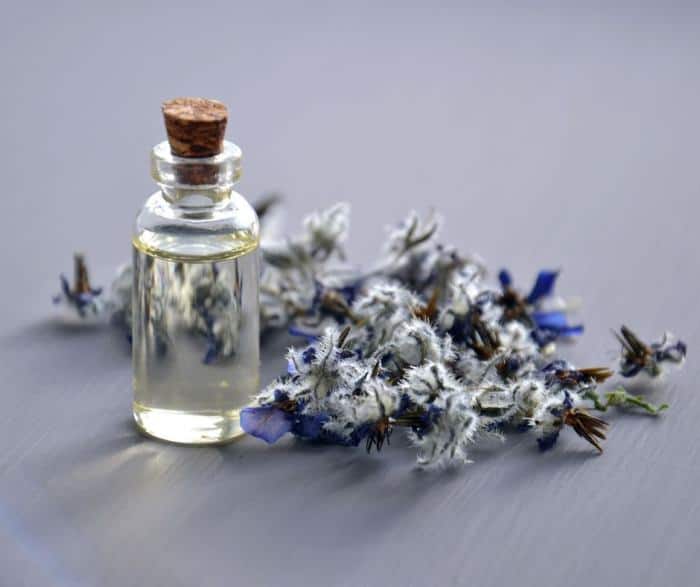 1.Borage oil as an anti-inflammatory agent

Borage oil is famous for its anti-inflammatory properties because of the presence of gamma-linolenic acid. It is the healthiest component of the oil.

Also, gamma-linolenic acid cannot be converted to leukotrienes (inflammatory mediators). It also suppresses the activity of compounds that synthesize the production of pro-inflammatory substances.

A study was published in Evidence-Based Complementary and Alternative Medicine in which the patients were given borage oil capsules thrice daily and the disease activity was then measured.

At the end of the study period, it was reported that borage oil had a positive effect in improving arthritis and relieving inflammation.

In another study which was published in Annals of Internal Medicine, the clinical efficacy of gamma-linolenic acid in suppressing inflammation and joint pain was tested.

It was seen that this acid was well tolerated by the patients and is an effective treatment for arthritis.

What does this mean? The studies that have been conducted on borage oil and gamma linolenic oil prove that they are effective in protecting against arthritis. They relieve joint pain and inflammation and improve the quality of lives of the patients.

3. It benefits in arthritic conditions

As mentioned previously, GLA and other polyunsaturated fatty acids lead to the production of anti-inflammatory molecules.

Clinical trial reports that supplementation of GLA and other PUFAs has a beneficial effect on chronic inflammatory arthritis.

A clinical trial was conducted where individuals were given 1.4g/day of borage oil or cotton seed oil as placebo.

No significant improvement was seen in the placebo group.

Another clinical trial demonstrated that 2.8g/day of GLA supplementation for 6 months improved symptoms of rheumatoid arthritis.

What does this mean? Evidences from clinical trials suggest that GLA or borage oil supplementation is effective in reducing symptoms of arthritis such as joint pain, stiffness and tenderness.

4. It benefits in autoimmune conditions

T cells are a type of immune cells that play an important role in tissue damage in arthritis.

It has been proven that oral supplementation of borage seed oil (2.4g) helps in the reduction of growth and development of T cells which indirectly would reduce tissue damage and inflammation in arthritis.

A study in humans shows that GLA supplementation at 2g/day has a mild effect on immune cells and their function.

What does this mean? Borage seed oil and GLA can influence immune function which is beneficial in treatment of autoimmune conditions like psoriatic and rheumatoid arthritis.

Dosage of Borage Oil For Arthritis

The general dose of borage oil depends on what you want to use it for and if you are undertaking any medications.

Generally, parents give some oil to infants to provide them with essential fatty acids for proper growth.

The recommended dosage of borage oil for arthritis is 1.1 to 1.4 grams daily for up to 24 weeks. However, it is important to consult your doctor.

Borage oil is generally safe to use when taken by mouth or applied orally. Borage seed oil can be unsafe when it contains pyrrolizidine alkaloids.

These are harmful chemicals that cause health problems in the body. Common side effects of borage oil are:-

Borage oil is safe for children. However, do not use the oil which contains pyrrolizidone alkaloids.

Borage oil is not safe for pregnant and breastfeeding women as it leads to liver disease and cancer in the mother.

It can also cause birth defects in the child. It is also important for pregnant and breastfeeding women to avoid products containing pyrrolizidine alkaloids.

It has also been seen that borage oil can increase bleeding and bruising. Hence it should be used with care if you facing bleeding disorders.

Borage oil can also increase bleeding during and after surgery. Hence it is important to stop using it at least 2 weeks before surgery.

After doing so much research, it is justified to say that borage oil is a safe and effective herbal product that is extremely nutritious.

It can be clinically used to treat arthritis because of the presence of gamma linolenic acid which contains anti-inflammatory properties.

This shows that it can be used as an alternative to nonsteroidal anti-inflammatory drugs and pain-killers.