Anti-oxidants are the compounds that reduce the oxidative stress in a cell in order to prevent or delay some cell damage.

Oxidative stress is caused in the body as a result of the production of free radicals in the body.

These free radicals are highly reactive molecules that combine with certain components of the cells causing damage.

Free radical production is common in the body through various metabolic reactions. Sometimes, there may be excessive production of free radicals upon exposure to physical or environmental stress like radiations, toxins, infections, etc.

There are many enzymes (such as peroxidase, superoxide dismutase) and other compounds (such as glutathione, uric acid) present in the body that continuously act on the free radicals to protect the cells.

These anti-oxidants act primarily, either by combining with the free radicals to reduce their energy or by inhibiting the reaction of these free radicals with other molecules.

When there is an over-production of free radicals, the body’s anti-oxidant mechanism often proves to be insufficient in reducing the oxidative stress.

This imbalance causes damage to a variety of components of the cells like DNA, proteins, enzymes or the cell structure.

The result of this cell damage ultimately is the development of numerous diseases, for example, Alzheimer’s disease, rheumatoid arthritis, cardiovascular problems, cancer and many more.

External supplementation of anti-oxidants in the body is seen as an effective way of combating the oxidative stress in the body. Plants are considered the best source of natural anti-oxidants.

From the human perspective, the edible parts of the plants like fruits, seeds or leaves are of extraordinary potential in providing us with an enormous variety of anti-oxidants.

Many research studies have substantiated the anti-oxidant potential of various plant products against a number of diseases.

One such a valuable plant product is argan oil, which is considered to have strong anti-oxidative potential.

What is Argan Oil?

Argan oil is the oil obtained from the seeds of the tree Argan spinosa. This tree is indigenous to the Mediterranean country, Morocco.

This oil has been used in this region of the world since ages for culinary and cosmetic purposes.

This oil is believed to have anti-aging action and is sought for its benefits in moisturizing skin and hair. Argan oil based cosmetics are gaining popularity all over the world.

How does argan oil work as an anti-oxidant?

The antioxidant potential of argan oil is largely owed to the presence of tocopherols (Vitamin E) in high amount. The content of α-tocopherol and γ-tocopherol is highest among the tocopherols.

Squalene (a triterpenoid), schottenol and spinasterol, found in this oil are also known for their anti-oxidant action.
There are different mechanisms through which the tocopherols act as anti-oxidant.

α-tocopherol primarily acts by scavenging peroxyl radical. It combines with these radicals to lower their energy.

This prevents disruption of polyunsaturated fatty acids (involved in many crucial metabolic pathways) in the cell membranes.

The antioxidant mechanism of squalene is dependent on its ability to quench singlet oxygen and thus preventing lipid peroxidation, which results in cellular damage.

Anti-oxidants therapy is valued in the treatment and prevention of a number of diseases related to oxidative stress. These include cardiovascular diseases, neurodegenerative diseases, ocular diseases, pulmonary diseases, and cancer.

The anti-oxidant action of argan oil is beneficial in many of such diseases. Some of its benefits can be analyzed in the following health issues: 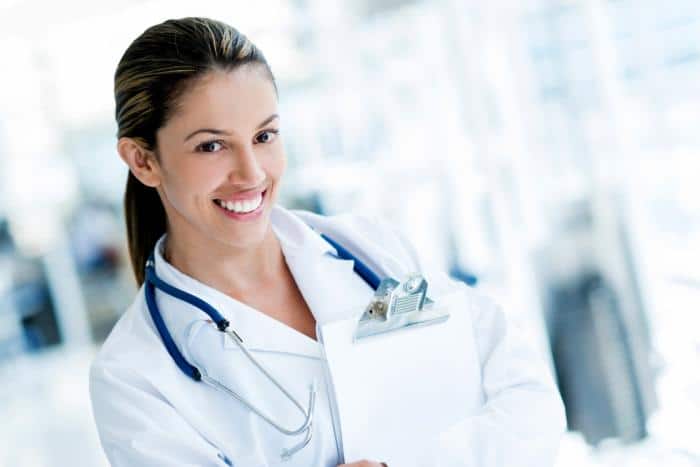 Oxidative stress plays a crucial role in the development of cardiovascular diseases like hypertension, atherosclerosis, etc.

The excessive production of reactive oxygen species or decrease in the anti-oxidant reserve has a detrimental effect on the lipoproteins (by their oxidation) causing cardiovascular problems.

Regular consumption of argan oil is known to induce protection in cardiovascular diseases by lowering cholesterol and lipids in the body.

Argan oil consumption is known to prevent oxidation of low-density lipoproteins (LDLs). This effect on lipids and lipoproteins is capable of lowering cholesterol, which is a part of development of cardiovascular problems.

Hypertension:
This oil is found to lower blood pressure and improve endothelial dysfunction (damage to inner lining of blood vessels) in hypertension. This result is obtained by reduction of oxidative stress by the argan oil anti-oxidants.

Hyperlipidemia and hypercholesterolemia:
Excess lipid and cholesterol deposition in blood vessels is an important feature of cardiovascular problems, like coronary artery disease. It can lead to chest pain and heart attack.

The antioxidant potential of argan oil has been found to be effective in the treatment of hyperlipidemia and hypercholesterolemia.

What does it mean? Consumption of argan oil can enrich the body with anti-oxidants that can lower blood pressure and cholesterol. It can also prevent oxidation of lipids. All this have benefits in preventing various cardiovascular problems.

Oxidative stress has an important role in the development of diabetes.

An excessive amount of free radicals lead to oxidation of glucose or degradation of glycated proteins (proteins bonded with sugar).

These result in damage to cellular components and insulin resistance.

Studies have shown the potential of argan oil in the treatment and prevention of the progression of diabetes.

In an experimental study, argan oil was able to reduce blood sugar levels significantly. This anti-diabetic effect was promoted by the anti-oxidant compounds of this oil, i.e. tocopherols, phenols, and unsaturated fatty acids.

What does it mean? Dietary intake of argan oil can be useful in lowering the blood sugar level in diabetes. It can also be helpful to prevent the onset of different problems induced by diabetes.

Obesity is a matter of concern worldwide. It is characterized by excessive fat accumulation. Oxidative stress is of great importance here as well.

In obese people, there is an abnormal immune response in the adipose tissue, leading to a large production of reactive oxygen species.

This response is involved in the onset of many chronic diseases.

Argan oil has been found to benefit in obesity.

It reduces the metabolic abnormalities promoted by high-fat diet. Its anti-oxidant action lowers the parameters indicating the effect of oxidative stress on the lipids and cholesterol while still maintaining their levels in the body.

Argan oil can hence be used as a constituent of a balanced diet.

What does it mean? It means argan oil can be included in the diet of obese person to prevent the abnormalities associated with diet induced obesity.

Studies have shown that the wounds are affected and characterized by the presence of reactive oxygen species which pose a hindrance in wound healing activity.

So, anti-oxidant treatment has a positive implication on the process of wound healing.

What does it mean? Argan oil consumption can enable the anti-oxidant mechanism of the body to fasten the wound healing process.

Skin is a barrier and a protective organ is continuously exposed to physical and chemical factors that produce oxidative stress.

The increase in reactive oxygen species is associated with a number of problems in the skin. The skin may develop pigmentation, dehydration, acne or wrinkles, etc.

Hyperpigmentation is the darkening of skin more than the surrounding area due to excessive melanin production. This occurs due to aberrations in skins such as radiation exposure, acne or injuries.

The argan oil anti-oxidant components are able to reduce hyperpigmentation by inhibiting some enzymes involved in melanin production.

Acne is a common skin problem all over the world. There is a role of oxidative stress in the occurrence of acne as well.

There is also increased production of sebum due to the oxidative imbalance. Although sebum production is not directly related to the development of acne, controlled production of it has a beneficial effect on reduction of the acne problem.

Argan oil has efficacy in controlling the sebum production in the skin. Hence, it is indirectly effective in the treatment of acne.

Oxidative stress is crucial to the process of skin ageing.

The altered anti-oxidant state of the skin cells renders it inefficient in fighting the oxidative stress and thus starts ageing.

The antioxidant potential of argan oil is considered efficient in reducing the oxidative stress in the skin and thus prevents ageing of the skin.

What does it mean? It means argan oil consumption as well as its application can be very effective in the treatment of a number of skin disorders. It can also be used to prevent wrinkles and can be used regularly as a skin care regime.

6. Argan oil is an anti-cancer agent

Cancer is one of the deadliest of diseases in the face of humanity. Here also, oxidative stress has a crucial role in the development of cancer.

The increased free radical production is associated with the increased metabolism of the cancer cells and their proliferation.

Role of anti-oxidants is, therefore, is very important in the treatment as well as prevention of this disease.

The argan oil anti-oxidants are found to have cancer-preventive action in people who regularly consume this oil in their diet.

This oil has shown anti-proliferative action on the cells of prostate cancer as well as it could kill the cancer cells.

What does it mean? It means regular consumption of argan oil in diet can be effective in prevention of different types of cancer owing to its cancer-preventive action. It can also be used in the treatment of cancer due to its killing or anti-proliferative effects on cancer cells.

Argan oil for various diseases has the best use in inducing and supplementing the internal anti-oxidant mechanism of the body.

Therefore, it is best to consume argan oil in the diet.

1-2 tablespoon (20-30 ml) intake of this oil daily is recommendable.
It can be used in salad dressings or mild cooking.

For external application, argan oil-based ointments or creams can be used.

Argan oil capsules are also available in the market.

These capsules generally have a capacity of 1-2 ml. So, to procure their benefits at least 15 to 20 capsules need to be taken on a daily basis, which is not a very feasible option.

Argan oil is generally regarded as a safe food product. Nevertheless, there is always a possibility of some adverse effects.

The oil should be pure.

Argan oil that we use must be pure otherwise best health benefits will not be obtained.

If the oil is adulterated there may be some adverse effects on the health due to some reaction with the adulterant.

Argan oil should not be used for deep frying.

High heat can cause the degradation of various constituents of this oil. Therefore, it should be either taken as it is or used only in mild cooking.

It should not be applied to open wounds.

Application of argan oil on the open wound may cause irritation which can be harmful to the process of wound healing.

Argan oil can cause allergy.

People prone to nut oil allergy can be allergic to this oil too.

The cold pressing technique for extraction of this oil sometimes results in the presence of the proteins that cause allergy.

The large availability of a variety of antioxidant compounds in the argan oil makes it an immensely beneficial food product.

The synergistic action of its anti-oxidants has extraordinary efficacy in the prevention and treatment of various lifestyle-related diseases.

All in all, its inclusion in the daily diet can equip the body with a better anti-oxidant mechanism which is necessary to combat a number of diseases.