Microorganisms are an integral part of this world.

They play an important role in the survival of nature and other living organisms including humans.

They have many uses in the human world.

They are essential for the production of most of the medicines nowadays. Vaccines, antibiotics, and antifungals require the action of microorganisms.

However, they can also cause a number of diseases and infections in humans.

Influenza is one such viral infection caused by the influenza virus. It is commonly known as the flu.

The most common symptoms of influenza are fever, sore throat, muscle pain, coughing, headache, and a runny nose.

Cocoa is called a superfood because of its high nutrition value and a number of health benefits. Some of the major benefits are:

Along with these benefits, cocoa can also be used to improve the major symptoms of influenza. 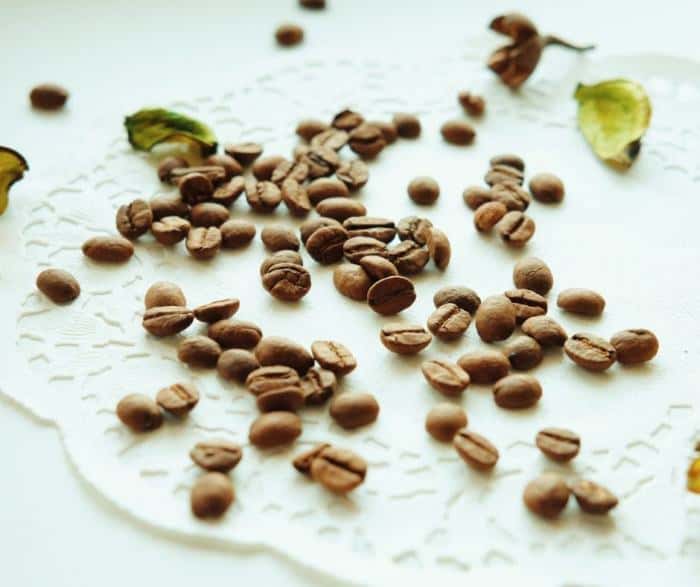 7 Amazing Benefits of Cocoa In Influenza

Research has identified various properties of cocoa that could help fight influenza.

The antimicrobial property of cocoa prevents any microorganism from entering the human body via diet. It kills microbes and improves the symptoms of the disease.

But since influenza is a viral disease, cocoa has no direct proven effect on the influenza virus.

This is because a virus has no cellular components of its own on which any substance can act in order to destroy it. It uses the host’s cellular machinery to fulfill its requirements.

These can be cured due to the antimicrobial property of cocoa. [1][2]

What does this Mean? Despite the fact that cocoa has no direct antiviral effect, it shows an antimicrobial property which can be used in the treatment of bacterial diseases caused due to influenza.

According to a recent study, cocoa might be the solution for all those who may be at risk of catching the flu.

It was observed that cocoa extracts prevented the influenza virus from affecting the experimental cellular model.

This happened because the cocoa extracts inhibited the influenza virus from adsorbing on the cell surface and entering them.

The study reported that cocoa extracts significantly improved the survival rates in animal models of influenza.

In human trials, two groups of people were vaccinated against influenza A (H1N1) virus. One group was made to drink cocoa regularly and the other was the control group.

After three weeks, it was observed that people who consumed cocoa had an increased number of natural killer (NK) cells.

These cells eliminate the cells infected by influenza virus and prevent the virus from spreading to other cells. [3]

What does this Mean? Cocoa can help in prevention of influenza virus from spreading to other cells of the body by significantly increasing the natural killer cells, although more research is needed to prove this.

Natural killer cells are a type of white blood cells, a part of the immune system. They kill the cells infected by any potentially harmful virus and various other tumor cells as well.

On the other hand, T cells are immune cells produced by the thymus gland. They play an important role in regulating various immune responses.

Studies have reported that a diet rich in cocoa modifies the function of T cells. It leads to the progression of immature thermocytes to mature T cells. [4]

Cocoa is responsible for the production of cytokines, which further promote the natural killer cells and T cells.

These cells control the spreading of viral infection to other healthy cells and try to supress the symptoms of the flu. These are also involved in the elimination of the virus from the body. [5]

What does this Mean? Natural killer cells and T cells are a part of the immune system which have the ability to kill viruses and infected cells. Cocoa can help in increasing the production of these cells in an indirect manner.

4. Cocoa has Antioxidants which Protect from Influenza

Studies have observed that the macrophages present in the body produce superoxide anions which act as free radicals.

They get into the organs infected by the influenza virus and lead to the development of severe complications associated with influenza. [6]

Components found in cocoa such as flavonols and epicatechins have antioxidant properties and hence have the ability to stabilise those free radicals. [7]

The high antioxidant potential may even be higher than many fruits and vegetables. Cocoa can be used in place of some antioxidant supplements too. [8]

What does this Mean? Free radicals damage the cells and deteriorate the symptoms of flu. The antioxidant property of cocoa removes these free radicals and protects the body.

The immune cells are responsible for the inflammatory responses which occur when the influenza virus multiplies inside the body.

Nitric oxide molecules are pro-inflammatory in nature when their production becomes high.

They work along with the cells of the immune system.

In the case of influenza, they are involved with inflammation of the epithelium of the respiratory tract including the lungs. [10]

A regular intake of cocoa was found to suppress the nitric oxide secretion.

The flavonoids of cocoa inhibit their release from macrophages and prevent the inflammatory actions of cytokines and chemokines. [11]

According to another study, the polyphenols present in cocoa, mainly flavan-3-ols, decrease the nitric oxide production and thus prevent inflammation along with any other adverse effects of it. [12]

What does this Mean? Inflammation is a response to allergens by the immune system. People with influenza experience inflammation of the respiratory tract and the blood vessels. Cocoa is anti-inflammatory in nature and so cures this symptom.

6. Dietary Fibres and Minerals in Cocoa help in Prevention of Influenza

The dietary fibres of cocoa are obtained from the cocoa husk or cocoa shell. It is usually removed from the bean and thrown as a waste product.

However, recently people have found that these dietary fibres have a number of health benefits and they are very cheap so can be accommodated in the daily diet.

A study which observed the effects of cocoa fibre in animal model found that it is a rich source of insoluble dietary fibres.

This type of fibre cannot be absorbed by the body and so it is excreted out in the form of waste.

These fibres of cocoa show a high antioxidant property, mainly because of the presence of polyphenols such as epicatechins. [13]

Cocoa contains a number of minerals such as zinc, calcium, potassium, sodium etc. Out of these, zinc is the most important one for eliminating the influenza virus.

First of all, zinc decreases the cell mediated immunity. This reduces the symptoms such as inflammation and fever.

Zinc is also responsible for suppressing the receptors to which the virus binds while entering the body.

Another advantage of a zinc rich diet is that it lowers the risk of developing bacterial pneumonia, which is a secondary infection of influenza. [15]

What does this Mean? Dietary fibres and minerals in cocoa such as zinc also reduce the symptoms of influenza through the immune system. They also prevent the risk of bacterial pneumonia.

7. Cocoa Cures the Symptoms of Flu

Histamine is a protein produced by the body and released into the blood in order to trigger an allergic response.

Coughing is one such response of the body in people suffering from influenza.

Cocoa contains a bitter chemical compound known as theobromine. It controls the cough by inhibiting the phosphodiesterase and also blocking the adenosine receptors. [16]

This effect of theobromine has been studied in both animal and human studies with positive results. [17]

Another symptom of influenza is fatigue. The person feels tired and weak all the time.

Research studies report that cocoa rich in flavanols can improve the symptoms of chronic fatigue syndrome.

This means that regular cocoa intake can reduce the weakness and fatigue and make the treatment of flu a faster process.[18]

Due to this continues fatigue, the body muscles may start to ache. Studies have observed that cocoa reduces the soreness of muscles after drinking cocoa based drinks. [19]

Even drinking a cup of hot cocoa helps in improving the soreness of the throat and makes the person feel better.

What does this Mean? Symptoms of influenza such as cough, fever, chills, sore throat and body pain can be improved and even cured by taking in cocoa in various forms such as drinking hot cocoa or eating dark chocolate.

Dosage of Cocoa For Influenza

The recommended dose of cocoa in order to gain maximum benefits is 25-40 grams of dark chocolate per day.

Dark chocolate should contain more than 85% of cocoa. The lower the amount of cocoa in the chocolate, the less beneficial would it be.

Milk chocolates should be avoided due to their fattening and unhealthy components.

By taking the recommended dosage, 500-1000 mg of cocoa flavonols would be consumed every day and the desired results would be seen earlier. [20]

We can see that cocoa has a number of advantages and can be used to improve the symptoms of influenza.

However, the fact that only cocoa is not sufficient for the treatment of flu and can serve as an add-on therapy.

Proper treatment of influenza should be followed with medications prescribed by a medical professional.

Cocoa is known as a superfood due to its various properties.

It helps in improving the symptoms of influenza and helps in developing immunity.

The inflammation of blood vessels caused due to flu is controlled by the flavonols in cocoa.

Minerals in cocoa such as zinc along with its dietary fibres are also helpful in curing flu.

READ THIS NEXT -
Categories of Fatty Acids
6 Benefits Of Coconut Oil In Osteoporosis
Can Cinnamon and Honey be Used for Detox?
Coconut oil for Hot Flashes