Bacteria are single celled organisms which are present almost everywhere. Some bacteria are good for health while some are responsible for causing dreadful diseases.

Bacterial infections are caused due to disturbance in balance between host resistance system and bacterial virulence. If harmful bacteria invade the human body then it multiply in the body and release toxic substances which are harmful for body. If host resistance falls weak then the capability of bacteria to multiply then it results in disease.

Most common bacterial infections are:

Manuka honey is a special type of honey which is obtained from the Manuka tree (Leptospermum sp.). It is the native product of Australia and New Zealand. It is used most widely for research and studies due its many medicinal properties.

The unique Manuka factor of Manuka honey makes it special. Every honey has properties like high sugar content, low pH which make them a good alternative for sugar.

But along with this Manuka honey contains high amount of methylglyoxal and phenolic which provide its medicinal properties. Hence Manuka honey is considered as potent antibacterial, anti-inflammatory and antioxidant compound.

Manuka honey act as potent antibacterial agent. It has capability to kill wide range of bacteria irrespective of its site of infection in body. Its high sugar content creates a hypertonic solution around the bacterial infection which kills almost all type of bacteria.

The low pH makes the condition unfavourable for bacterial growth and can help in digesting the cell wall of bacteria. High methylglyoxal and phenolic act as antibiotics which further help in killing the bacteria and prevent it to grow.

It has been found that excess use of antibiotics generate resistance against bacteria and cause various side effects also. So use of natural product can help to kill resistant strain of bacteria also with least side effects.

Jing Lu et.al conducted a study to see the effect of various New Zealand honey on the bacteria. The honeys which were tested involve Manuka honey, kanuka honey and clover honey. It was found that Manuka honey is most effective against the bacterial infections than any other honey.

It was also found out that honey has diverse effect on different type of bacteria. Some common responses were: change in cell size, lysis of cell due to high osmotic pressure and alteration in appearance of DNA of bacteria.

What does this mean?
Manuka honey is extremely effective in destroying various bacteria.

The antioxidant and anti-inflammatory property of the Manuka honey help to degenerate the toxic products produce by the bacteria and also to increase the efficiency of immune system to easily recognize and kill the invading bacteria.

A study was conducted to test the antioxidant property of Manuka honey on animal model. The result of the study shows reduction in DNA damage level due to oxygen radicals.

There was increase in enzyme activities like catalase, glutathione peroxidase and high phenolic content. All of which are involve in degrading oxygen radicals.

What does this mean?
The antioxidant and anti-inflammatory nature of Manuka help in improving its antibacterial activity and boosting immunity to fight infection.

Manuka honey has both bacteriostatic and bactericidal effect on the bacterial growth.

What does this mean?
Manuka honey can act in different ways on different type of bacteria to help contain and destroy infection. 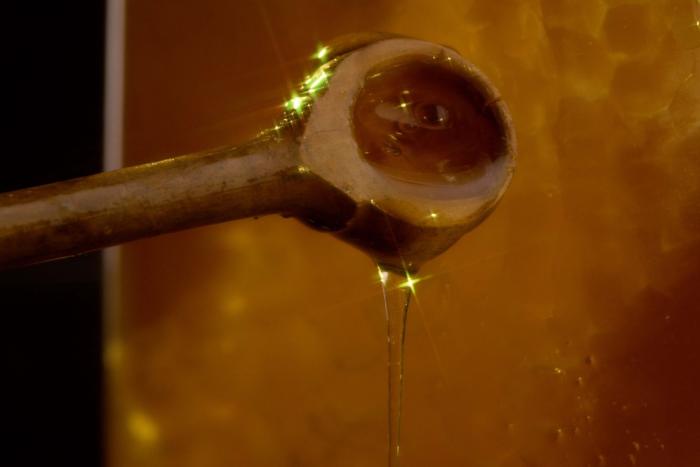 E.coli – this bacterium is found in various part of the body including root canal. It has been found in a study published in Journal of Clinical and Diagnostic Research in 2014 that Manuka honey effectively kills the root canal bacteria. Manuka honey act as potential disinfectant against both E.coli and Enterococcus faecalis.

Staphylococcus aureus - this bacterium is most commonly found bacteria in chronic wound infection. It creates very different type of biofilms on the wounds and hence is major cause of delay in wound treatment.

In a study it has been found that Manuka honey effectively kills this bacterium and also removes biofilms. It easily penetrates films created by these bacteria and kills the inner cells as well.

Pseudomonas aeruginosa – this pathogen is associated with wound infections and oral ulcers. It is resistant to many antibiotics hence infection by this bacterium is not easy to treat. But a study published in Journal Annals of Clinical Microbiology and Antimicrobials in 2014 shows that Manuka honey is efficacious against this bacterium.

Clostridium difficile– this pathogen is associated with gut infections like: diarrhoea, sepsis and perforation in gut. It has found out that Manuka honey has bactericidal action against several strains of this bacterium. Hence Manuka honey effectively treats infection due to this bacterium.

What does this mean?
The most common type of bacterial infections as well as drug resistant bacteria can be easily treated by Manuka honey. Manuka honey can combat H.pylori infection, Staph infection and other wound infections.

Research has investigated the therapeutic role of manuka honey in various infectious conditions.

Oral ulcers are  infection in mouth is caused due to bacteria which form biofilms and spread the infection throughout the oral cavity. This bacteria is less responsive to antibiotics hence can’t be treated easily by antibiotics.

Skin and Wound infection – the infection in skin and wound due to bacterial biofilms can delay the process of wound healing and sometimes even worsen the condition.

In a study conducted to test the effect of Manuka honey on these wound bacteria. It has been found that Manuka honey can improve the action of antibiotics agents and hence improve wound healing.

Alimentary canal infection – human gut or alimentary canal is the house of many bacteria. Some bacteria are useful while other are infectious and results in gastric ulcers and other diseases.

These bacteria can’t be treated easily by antibiotics. But Manuka honey can easily kill these bacteria with least side effects. It has been found in a study that Manuka honey has anti-inflammatory, antioxidant and antibacterial effect on gastric ulcers.

These bacteria are also resistant to the action of antibiotics so can’t be treat easily. It has been found in a study that use of Manuka honey to treat these bacteria can decrease there resistant. And infection can be treated easily.

What does this mean?
This indicates that Manuka honey is very effective medicinal aid for various types of diseases in body which are caused by bacterial infection.

The Manuka honey can be consumed like normal honey . There is no such specificity with regards to its dosage. But it has been found in a study that for antibacterial activity Manuka honey with 18+ UMF is best used.

UMF is registered trademark stands for unique Manuka factor. It is the measure of quality of Manuka honey. UMF represents the concentration of phenol with same antibacterial activity.

1-2 teaspoons a day is safe and effective. For topical application, make sure your conduct a patch test first and use sterilised and medical grade honey.

It has been proved through several researches and also widely accepted that Manuka honey has potent antibacterial activity against wide range of bacteria. But some contradictory studies have also been conducted though they are very less in number and conducted only on animals.

No human evidence had been found on this. Diabetic patients can consume honey in moderation and consult the doctor about the same.

Also Manuka honey can cause botulism in infants and hence should be avoided for consumption by infants.

Person who is allergic to pollen products or honey should avoid its use. Honey should be stored away from sunlight at room temperature.

Manuka honey is a potent antibacterial agent and is effective for a wide range of bacteria. Use of Manuka honey along with antibiotics can even kill the most resistant strain of the bacteria.

Its daily consumption helps to keep person healthy and free from any infection.