The liver is present on the right-hand side of our body and is the largest internal organ in the human body.

The organ performs some of the most important activities necessary to the day-to-day functioning of the body. The functional cells of the liver are known as Hepatocytes.

The ammonia in the system is detoxified to urea and alcohol, drugs and medications are broken down by the use of insulin and other hormones.

Along with the storage of carbohydrates, the liver also stores multiple vitamins which are essential for the body.

The liver is essential to the body function and hence, damage, in any form to the liver will severely affect the body. Liver diseases may be due to the following reasons :

Recognizing Liver Diseases at early stages is difficult due to the lack of obvious symptoms. It can be identified by swelling in the abdominal region and knees, bruising, colour change in the stool and urine and jaundice.

Early diagnosis is very essential to liver disorders. This will help the administration of proper treatment and early recovery. Liver damage can lead to a lot of life-threatening complications.

Scientifically known as Cocos nucifera, Coconut is a fruit-bearing tree, found in large numbers in the tropical and subtropical regions. The fruit of the coconut tree is used widely for its many benefits.

It is added to food in the form of powdered additives. But the most commonly used form is the coconut oil. Coconut Oil is extracted from the dried fruit and is used in a variety of cuisines all over the world.

Recently, several investigations have been conducted to determine the medicinal properties of this oil and its applications in the prevention and treatment of various human disorders. 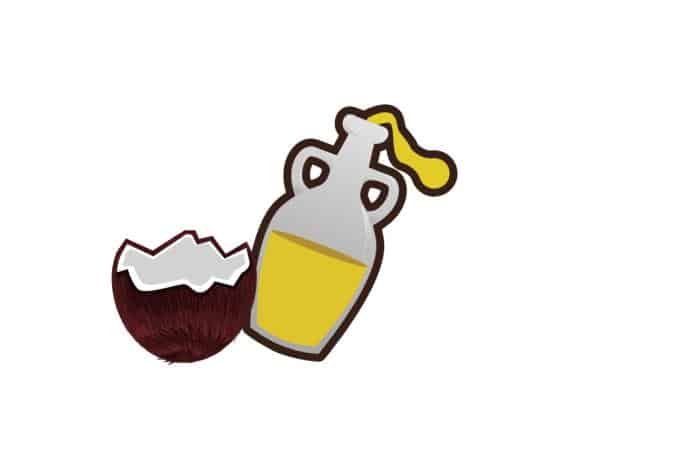 1. It has antioxidant property

Theses ROS causes changes in cellular functioning and damages the regular activities of the liver cells.

To combat the stress produced in the liver due to ROS, it is essential to supplement the body externally with foods rich in natural antioxidants.

A study was conducted in 2006, which aimed to establish the effects of Virgin Coconut Oil on oxidative stress produced during liver disorders.

Analysis of the results showed a positive response in the body with respect to antioxidant activities.

Our body produces several enzymes with antioxidant properties which target these harmful free radicals and neutralize them.

Some such enzymes are Superoxide dismutase and Catalase are some such enzymes. Consumption of Virgin Coconut Oil was found to increase the activity of these enzymes.

Another important factor in oxidative stress is the process of Lipid Peroxidation.

The oxidation of Low-Density Lipoprotein by the free radicals leads the production of some harmful compounds which promote diseased conditions like atherosclerosis.

It was found that consumption of Virgin Coconut Oil was able to significantly reduce the levels of lipid peroxide.

What does this mean?
Consumption of Coconut Oil can help combat the harmful free radicals generated during liver disorders.

2. It helps protect the liver from toxicity

Certain medication and drugs are known to create some toxicity in the liver. When consumed, these drugs pass through the Gastrointestinal Tract, and enter the liver in very high concentrations.

In the liver, these drugs tend to damage cellular organelles and disrupt their functions. This leads to the production of several harmful free radicals.

The oxidative stress produced in response to these free radicals further aggravate the disorder.

A study tried to evaluate the ability of Virgin Coconut Oil in reducing the damage caused by intake of antibiotic on the liver cells.

The toxicity in the liver was found to be due to the elevated levels of certain compounds.

In the study, liver toxicity was found to be associated with a rise in the levels of bilirubin, alkaline phosphatase and lactate dehydrogenase.

An increase in Alkaline Phosphatase is an indication of blocked bile ducts.

Elevated levels of Lactate Dehydrogenase causes cellular damage to hepatic cells and disrupts their normal functioning. Consumption of Coconut Oil was found to bring down the levels of these compounds and restore them to normal.

The ability of Coconut Oil to control lover toxicity can be attributed to its rich polyphenolic content.

Coconut oil was also able to help to reduce the number of enzymes like Alkaline phosphate, which are markers of liver damage.

The hepatoprotective activity of coconut oil is evident in the fact that it reduces the levels of these enzymes. It is also able to prevent the peroxidation of lipids, thus protecting the liver.

What does this mean?
Coconut Oil can help in the prevention of toxicity induced in the liver due to consumption of drugs.

Fatty acid oxidation the liver occurs through three different mechanisms. And, damage within any of these three mechanisms can hamper the ability of the liver to oxidise the fatty acids to provide energy.

The unbroken fats in the body tend to accumulate in the bloodstream and cause further health problems. These conditions can occur due to genetic predispositions.

It can affect one of the several enzymes involved in fatty acid oxidation like Carnitine Translocase.

A study was conducted to evaluate the ability of the liver to metabolize the fatty acids present in coconut oil. Coconut Oil was found to be rich in medium chain fatty acids like laurate.

It was seen that the liver was able to oxidise medium chain fatty acids like laurate a lot faster.

This allows the quicker breakdown of reserve fatty acids and release of energy. Also, it does not allow the accumulation of these fatty acids in the blood.

Coconut Oil was able to reduce the generation of lipids in the liver.

It basically reduced the activity of liver enzymes like malic enzyme, HMG CoA reductase etc. This prevents the unnecessary buildup of fatty acids.

What does this mean?
Consumption of Coconut Oil allows faster and easier oxidation of fatty acids.

4. It may prevent liver cancer

Hepatic or liver cancer can occur to patients who are already suffering from Virus-induced liver disorders such as Hepatitis C, B or who are under alcohol abuse.

Commonly, liver cancer does not originate in the liver itself.

Rather, they are cancers which reach the liver from some other regions in the body through metastasis. For the treatment of liver cancer, chemotherapy can be used.

The chemotherapy medicines are administered orally, intravenously, through the hepatic artery or through targeted therapy.

But, it has been found that these chemotherapeutic drugs tend to have a toxic effect on the liver and causes liver damage.

A study conducted in 2017 tried to observe the effects administration of Virgin Coconut Oil prior to the intake of Chemotherapeutic Drugs on the liver toxicity.

It was observed that the hepatotoxicity that was induced by the chemotherapeutic drugs was due to elevated levels of certain liver enzymes and total protein content.

Also, these drugs were able to reduce the antioxidant property of the liver enzymes and thus created oxidative stress in the liver cells.

It was seen that Virgin Coconut Oil was able to reduce the hepatotoxicity in patients consuming chemotherapeutic drugs and prevented liver injury.

The oil was able to restore the levels of the liver enzymes and the total protein back to its normal levels.

Also, Coconut oil consumption restored the activity of the liver antioxidants and alleviated the hepatic cells from oxidative stresses.

This activity of coconut oil can be attributed its reserve of polyphenolic compounds, which serve as natural antioxidants.

What does this mean?
Consumption of Coconut Oil by patients undergoing chemotherapy for the treatment of liver cancer can prevent the occurrence of hepatotoxicity.

5. It reduces cholesterol and protects the heart

Studies have been conducted to find the effects of the consumption of coconut oil on the levels of lipds, lipid peroxidation, and antioxidant status. These parameters are closely concerned with cholesterol.

Coconut oil contributes to the reduction of cholesterol and triglycerides. This can be mainly due to the type of fatty acids present in Coconut oil.

These fatty acids are easily absorbed and metabolized by the liver.

The high content of Polyphenols in Coconut oil contributes to lowering the cholesterol levels. The polyphenols prevent the formation of cholesterol by inhibiting some key enzyme required for its synthesis.

Also, the antioxidant property of polyphenols prevents the peroxidation of lipids.

Also, though rich in saturated fatty acids, coconut oil does not have any effect on the lipid levels of the body.

This property of coconut oil makes it safe for consumption and prevents the occurrence of Cardiovascular Disorders.

What does this mean?
Consumption of Coconut Oil can help in reducing the chances of Cholesterol-reated issues and the subsequent heart disorders.

Traditionally Coconut Oil is consumed daily in the form of cooking oils. 1-2 tablespoons of coconut oil can be consumed on a day-to-day basis.

As seen in the above-mentioned studies, the consumption of Coconut oil can be highly beneficial in the prevention and cure of Liver Disorders. But, care must be taken to avoid the ill-effects due to excessive consumption.

Liver disorders are common and treatments through chemotherapy and transplant therapy are sometimes not effective and toxic.

Hence, Coconut Oil can be used in combination with these treatments to alleviate the body of the side effects. The consumption of Coconut Oil also prevents the occurrence of Liver Damage in healthy patients.