Argan oil is extracted from kernels of Argan plant. Argan oil has been used traditionally in Morocco since centuries due its widespread abundance there.

Over the years, due to argan oil’s rich composition and the multi-benefits, its use has been favoured by many all around the world.

Argan oil has been accredited to several benefits.

It can be consumed as well as topically applied. Cold pressed type argan oil is usually favoured. It can lower cholesterol, reduce high blood pressure, lower sugar levels in diabetics.

It is also applied on skin and hair due to its moisturizing effect. It revitalizes and hydrated skin and hair. It can provide a glossy finish on hair and give it a smooth appearance.

These are a few of the reasons why Argan oil is revered in Morocco. It offers a solution to a number of health-related problems.

The foremost role of Skin is to offer protection against pathogens (bacteria and viruses).

It also helps in understanding different sensations such as heat, cold, pressure etc. in order to alert the human body to understand its surroundings and optimize survival.

It also affects water balance in the body due to the presence of sweat glands. It also acts as a barrier and makes sure that nutrients present in the body don’t get washed away.

Skin can undergo several changes. It is the outermost organ of protection and is thus is primarily susceptible to damage and changes. It is also affected by bodily hormones and lifestyle choices.

Due to argan oil being rich in antioxidants it can benefit the skin in many ways.

5 Benefits of Argan Oil For Skin

Thanks to its hydrating, wound healing and elasticity promoting properties, Argan oil can provide numerous skin benefits in order to revitalize skin and give it a healthy glow. 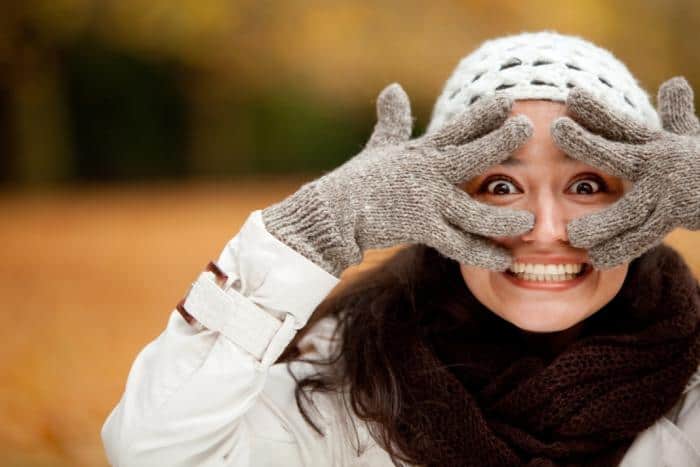 Interestingly, the Argan fruit and pulp is also rich in saponins, peptides, proteins that are highly beneficial for the skin.

Due to these reasons, the argan plant is also nicknamed A. Cosmetosa (the original name being A.spinosa).

1. It reduces signs of ageing

Skin changes are the most visible signs of ageing.

Also, changes in the connective tissue reduce the strength and elasticity of the skin. This condition is known as elastosis.

Sweat glands produce less oil as people age resulting in increased dryness and itchiness. This usually observed in men over the age of 80 while in women it is seen post menopause.

Argan oil has the ability to restore skin elasticity and reduce fine lines and wrinkles. This was confirmed in 2015 when a study was conducted on post-menopausal women. Sixty postmenopausal women participated in this study.

The presence of collagen and elastic fibres in the skin make the skin elastic and give it a youthful appearance free of wrinkles.

The decrease of estrogen hormone in women leads to loss of decrease in these fibres. Consumption and application of argan oil vastly improved elastic parameters of skin reducing fine lines and wrinkles.

This is possible due to the presence of antioxidants in the argan oil. These antioxidants are mainly tocopherols as well as polyphenols such as ferulic acid.

These compounds technically replace the role of estrogen in the prevention of skin ageing by maintaining elasticity of the skin.

What does this mean? Argan oil can provide a youthful appearance by reducing effects of skin ageing. Topical application as well as consumption can help in reducing signs of ageing.

2. It hydrates the skin

The skin is approximately made of 30% water. This contributes to its plumpness, elasticity and resilience.

In 2014 A study was conducted in which sixty women post menopause were asked to consume butter for a few groups. After which they were divided into two groups, one using argan oil and the other applying olive oil.

Evaluation of skin hydration is done before and after the study.

Lipids are absolutely necessary for the skin.

They lock in water in the skin and prevent tier escape. Argan oil is rich in linoleic acid. It helps in the synthesis of certain lipids that ensure the barrier function of the skin and minimizes water loss.

What does this mean? Argan oil can nourish skin keeping it soft and supple. Due to its intensive hydrating property, it can moisturize dry skin well. It can also give a glow or a dewy appearance due to its hydrating property and overall improve skin health.

3. It helps in wound healing

Wounds are a type of injury that occurs when is cut, tore or punched.

Burn injuries are the fourth most common type of injury after vehicle accidents, violence, and falls. Approximately, 265,000 People die from burn injuries globally every year.

Burn injuries are directly related to the degree of burn. First degree burns are burned wherein only the epidermis Is affected, causing mild pain and itching.

Second-degree burns occur from coming in contact with hot liquids or metals that can cause the destruction of edema and dermis. The damage of tissues might extend to even damage nerves and lead to loss of sensations.

Wound healing is a complex process involving cell migration and the formation of new blood vessels.

An animal study has proven argan oil’s therapeutic role in treating burn wounds. The study concluded on the fact that more contraction of tissue was observed in those treated with argan oil.

They underwent cellular changes much faster and wound healing consequently got faster.

Alpha tocopherol also plays an important role in the expression of inflammatory genes and these can induce massive changes in the process of wound healing.

Research has shown that oxidative stress increases highly during burn injury. Hence the use of antioxidants such as those present in argan oil is highly beneficial for the wound healing process.

What does this mean? Argan oil has wound healing properties. This research has provided further scope for more research related to this area.

4. It can prevent hyperpigmentation

Moroccan women have been traditionally using argan oil in order to remove hyperpigmented spots and maintain an even skin tone.

To confirm this benefit of argan oil scientists conducted an in vivo (laboratory) experiment using B16 Murine Melanoma cells.

Results of these cells being treated with different concentrations of argan oil showed a dose-dependent decrease in the melanin content responsible for pigmentation.

This was possible due to several reasons. Argan oil decreased the activity of tyrosinase enzyme as one of the key enzymes responsible for melanin production.

Argan oil is rich in alpha tocopherols or vitamin E that can reduce pigmentation. It is also rich in carotenoids that prevents lipoperoxidation. This is also characterized to lead to decreased melanin synthesis.

What does this mean? Further studies have to be conducted in order to full understand the ability to use argan oil in the treatment of hyperpigmentation (excessive pigment) disorders. They can reduce the appearance of dark spots and uneven skin tone.

5. It can normalize sebum production and prevent oily skin

Sebum is an oil/ waxy substance that is produced to lubricate and waterproof skin in mammals.

Often excessive sebum production can lead to the development of acne, sebaceous cysts and hyperplasia.

In a study conducted in 2007, a total of 20 volunteers were studied, most of which suffered from oily skin. They were asked to topically apply argan oil and their sebum levels were tested at regular intervals.

At the end of the study, there was a significant decrease in the level of sebum production. The number of active sebaceous glands, however, remained constant.

Argan oil contains polyphenols that can control sebum levels and prevent associated skin diseases. They have low toxicity and can control different types of skin damage.

What does this mean? Argan oil can control oil secretions in the skin and reduce the greasiness of skin associated with excess sebum secretions. It can also minimize the risk of acne.

Topical applications can be administered once a day or as per the recommendations of a dermatologist.

There have been no reported cases of allergy as such on topical application of argan oil. However, a skin patch test is always recommended in order to be sure. In case of rashes or skin irritation, further is discouraged.

There have been reported cases of allergy when argan oil was consumed. It contains oleosins, a family of proteins found in peanuts as well as sesame seeds.

If one is allergic to any of these nuts or seeds, they should first consult a dietician before consuming it.

Thanks to its hydrating, wound healing and elasticity promoting properties, Argan oil can provide numerous skin benefits in order to revitalize skin and give it a healthy glow.

It is recommended as a natural alternative for healthy skin.

READ THIS NEXT -
Cinnamon for Intestinal Upset
Cinnamon Allergies
Brown Rice Vs. Quinoa
What is Aloe Vera Juice
11 Proven Anti-Inflammatory Benefits of Aloe Vera & How to Use
6 Science Backed Benefits of Argan Oil for Metabolic Syndrome