Chronic fatigue syndrome is a highly complicated disorder wherein an individual is extremely tired without showing symptoms of any other medical conditions.

If the feeling of debilitating fatigue lasts longer than six months, this could be a sign of this disease.

Some other names of the disorder are- myalgic encephalomyelitis (ME) and, more recently, systemic exertion intolerance disease (SEID). [1]

Cocoa has lately been emerging as a powerful superfood which can relieve symptoms of several diseases. This use extends to conditions of severe fatigue as well.

The compound is a known energy source and can aid sleeplessness and pain associated with myalgic encephalomyelitis.

Before we discuss its applications for the disorder, let us discuss a little more about the compound. [2]

It has been used throughout history for various medicinal purposes.

In fact, the Incas used to refer to it as ‘the drink of the gods.'

It is highly bioactive and polyphenolic, and its administration elicits several positive effects on the human body. Most notably,

it acts as an antioxidant and anti-inflammatory agent. [3] 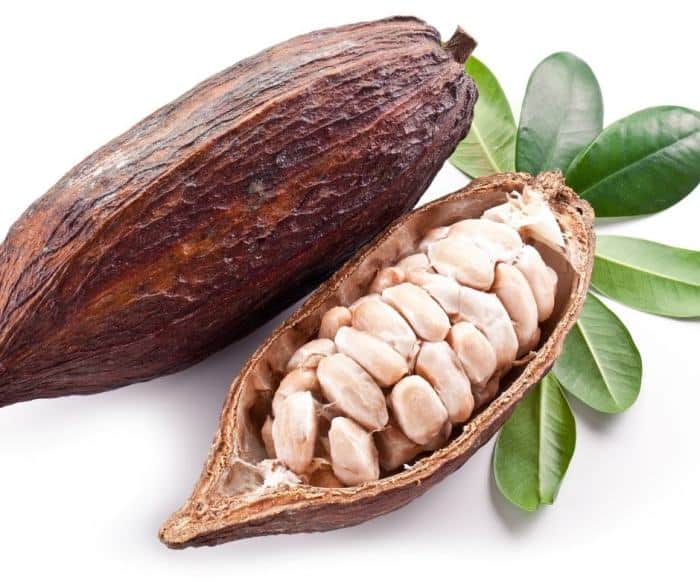 Cocoa has a unique healing system that helps it monitor any different types of cellular activities.

Some of the advantages of using cocoa to treat chronic fatigue conditions have been listed as follows:

They studied a group of 10 people suffering from chronic fatigue syndrome.

Over eight weeks they saw that the Chalder Fatigue Scale (a standard measure of tiredness) score of these individuals had lowered significantly.

Their study also revealed that polyphenols in cocoa could bring about such effects without causing weight gain, anxiety, or depression. [4]

What does this Mean? The flavanols in cocoa possess tiredness improving properties. It monitors fatigue without causing any gain in weight.

2. Cocoa can be used as a Nutritional Supplement for Chronic Fatigue Syndrome

Recent studies on how dietary intervention can impact myalgic encephalomyelitis have yielded positive results for cocoa.

Campagnolo N and Johnston S did an extensive search of databases to see which nutritional supplements aided conditions of fatigue.

Of the 17 nutrients selected and 14 interventions studied, only a few were seen to elicit substantial benefits.

Cocoa was one of the highly useful compounds, the flavanols present in it being a prominent contributor to such abilities.

Other useful natural compounds were probiotics and NADH compounds. [5]

What does this Mean? Cocoa can be used as a suitable nutritional supplement for treatment of CFS and is more potent than other natural agents for such activity.

Cocoa is picking up interest by scientists for its cognition developing abilities.

A randomized control trial carried out earlier this year showed that caffeinated and non-caffeinated cocoa could contribute to improving mood, memory, and attention in fatigued subjects.

Caffeine supplementation has bonuses for increased attention span while non-caffeinated cocoa had highly beneficial effects for driving away anxiety. [6]

What does this Mean? Brewed cocoa offers a variety of benefits to cognition. It can increase energy and motivation while driving away signs of anxiety making it perfect for use in chronic fatigue syndrome.

4. Cocoa is a Neuroprotective Agent

The benefits of cocoa for heart health are well known. However, recent scientific evidence shows that it is useful for protecting the brain from damage as well.

Flavanols in cocoa can penetrate the brain surface and modulate activity at the hippocampus (memory controlling region).

Cocoa attenuates signals within the brain as well as blood flow in surrounding areas.

An article published in Neuroscience and behavioral reviews highlighted these effects in detail while also talking about how the compound improved cognition.

Another significant find from the article was that flavanols slowed down the rate of aging in the brain. [7]

What does this Mean? Flavanols in cocoa protect the brain from damage making it a potential therapeutic agent for myalgic encephalomyelitis.

Dosage of Cocoa For CFS

The primary goal of the consumption of cocoa or dark chocolate is to optimize some flavonols taken in by the body.

Further research is required to determine the optimal dose. However, at present, 25-40g of dark chocolate containing 85% cocoa is recommended.

Milk and white chocolate do not act as suitable supplements. [8]

Cocoa is safe for consumption, but a few precautions must be noted. Ensure you consume pure cocoa or dark chocolate that is free from added sugar and milk.

Therefore, such individuals should start using with minimal amounts.

It is best to exercise moderation in consumption

It can disrupt drug metabolism and reduce drug effectiveness.

Tyramine, a chemical in cocoa has been observed to cause a headache in some individuals.

The presence of oxalates in cocoa can increase the urine excretion of oxalates and thus, promote kidney stone formation.

Cocoa consumption can lead to interference with the blood clotting process and blood sugar levels during surgery. Therefore, it should be avoided at least two weeks beforehand.

The caffeine content of cocoa can worsen the symptoms of IBD (inflammatory bowel disease) such as diarrhea, in large amounts.

The caffeine content of cocoa can cause irregular heartbeat and high blood pressure.

The high caffeine content can increase the risk of miscarriage, premature delivery, or low birth weight in pregnant women.

Though the dietary amount of cocoa should not pose any risk; consult a health practitioner before using cocoa at therapeutic amounts during pregnancy and lactation.

Through the above studies, we can see that cocoa offers a variety of benefits for chronic fatigue syndrome.

As such, scientists are now trying to use the compound to develop formulations to aid fatigue induced by other diseases as well.

READ THIS NEXT -
4 Benefits of Kelp for Weight Loss & Obesity
Kelp vs. Spirulina - Which is Better?
Hypothyroidism and Kelp
Homemade Aloe Vera Cream
Bee Pollen and Multiple Sclerosis : Can it Help?
5 Benefits of Spirulina For Diabetes