Arthritis is a condition in which the joints are inflamed to a great extent.

It results in the development of pain and stiffness and the condition is exacerbated with age.

The two major types of arthritis are osteoarthritis in which the ends of the long bones break down and rheumatoid arthritis which is an autoimmune condition in which the synovial fluid which surrounds the joints is inflamed.

The presence of uric acid crystals can result in the development of other types of arthritis.

Cinnamon is a small plant which is native to South America and South East Asia.

It is widely used as a spice and a herb all over the world.

Two main varieties of cinnamon which are available today are Cassia and Ceylon.

Ceylon cinnamon is the ‘true’ cinnamon.

Today, the beneficial medicinal properties of cinnamon are being elucidated in order to use them to treat various diseases and disorders.

How does cinnamon prove beneficial in treating arthritis?

Inflammation is a physiological response to foreign agents and results in swelling, redness, pain, and heat.

A large number of plant compounds, including those from cinnamon have been used as anti-inflammatories.

Since arthritis is primarily an inflammatory condition, efforts have been made to use the beneficial anti-inflammatory properties of various herbs to effectively treat this condition.

Very recently, AISSMS has endorsed the use of Ayurvedic herbs like Ashwagandha and Sidh Makardhwaj to treat rheumatoid arthritis.

This endorsement has gone a long way in scientifically validating the use of traditional therapy to treat arthritis.

In addition to these herbs, numerous other herbs like cinnamon are being used to treat arthritis.

Cinnamon is known to have anti-inflammatory properties and it is possible to utilize these properties to treat this inflammation of the joints.

Here are some studies which have been done to establish the benefits. 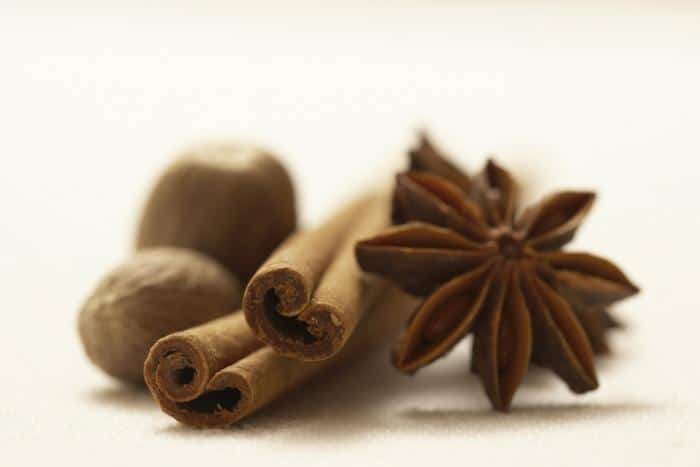 In a study carried out in 2012, the water extracts of cinnamon were used to evaluate the anti-inflammatory properties of cinnamon both in vivo and in vitro.

Two proteins-Tumor Necrosis Factor-alpha and Interleukin-6-are known to be markers of the physiological inflammatory condition.

Thus, in an inflammatory environment, these proteins are present at very high levels.

In this study, the water extracts were injected in mice and then the levels of the two proteins were checked.

It was found that the administration of cinnamon extracts resulted in a significant decrease in the serum levels of the two proteins.

It was also inhibited the activation of intracellular signaling pathways which are involved in inducing the inflammatory condition.

It was also identified the polyphenol fraction of the cinnamon water extracts was responsible for the highest decrease in the inflammatory condition.

Thus, the anti-inflammatory properties of cinnamon can be attributed to its polyphenolic content.

Another study in 2011 investigated the anti-inflammatory properties of cinnamon extracts and also discovered the mechanism by which it inhibits Antigen Presenting Cells, which are involved in the inflammatory condition.

Treatment of mice with cinnamon extracts led to a suppression of the maturation of the Antigen Presenting Cells.

It also reduced the level of pro-inflammatory cytokines (proteins which regulate cell-to-cell-interaction and immune responses).

Cinnamon extracts also inhibited the proliferation of T-cells of the immune system which depends on the Antigen Presenting Cells.

Thus, cinnamon extracts can act as important regulatory molecules of the Antigen Presenting Cells, T-cells and the pro-inflammatory cytokines.

In an effort to identify the exact compound of cinnamon which is responsible for the anti-inflammatory properties of cinnamon, a study was carried out in 2015.

When the cinnamon extracts were tested for their effects on the number of macrophages (cells involved in inflammation), it was found that the number of cells had decreased. This was mainly due to the organic extracts.

The organic extracts consist mainly of E-cinnamaldehyde and o-methoxycinnamaldehyde. Out of all the cinnamon species, Cinnamomum zeylanicum and Cinnamomum cassia have the highest levels of these two compounds.

Thus, these two molecules act as the bioactive agents which mediate the anti-inflammatory properties of cinnamon.

A study in 2005 used the production of nitric oxide and levels of a protein called NF-ĸB as markers for inflammation since they are implicated in inflammatory conditions.

They observed that amongst all the cinnamon derivatives, hydroxyl-cinnamaldehyde significantly inhibited the nitric oxide production as well as the NF-ĸB activity in a dose-dependent manner.

They also tried to elucidate the mechanism by which hydroxyl-cinnamaldehyde inhibits inflammation.

Due to this, there is decreased the production of nitric oxide and thus, decreased inflammation.

Thus, we can use hydroxyl-cinnamaldehyde as a potent anti-inflammatory agent.

This bone loss has been linked to a protein known as NFATc1 and it plays an important role in osteoclastogenesis.

Osteoclastogenesis is a process by which cells known as osteoclasts resorb the bone.

The maintenance of bone integrity involves equilibrium between bone formation and bone resorption.

In conditions such as arthritis, this equilibrium shifts towards bone resorption and leads to tremendous bone loss.

It was observed that Cinnamomum zeylanicum extracts helped to inhibit this process of osteoclastogenesis.

This inhibition involved the suppression of NFATc1 and the other molecules it interacts with.

The cinnamon extracts in a dose-dependent manner also helped to reduce the formation of osteoclasts and inhibited their bone-resorption activity.

The treatment with cinnamon helped to modulate an extensive intracellular molecular signaling pathway involving numerous proteins and other signaling molecules.

The various signaling molecules involved in osteoclastogenesis include RANKL, NF-ĸB, c-fos as well as NFATc1.

The aldehydic compounds which are present in cinnamon extracts help to suppress the RANK-L induced bone resorption process of the osteoclasts.

This inhibition occurs in the suppression of NFATc1.

The active ingredients of cinnamon which are involved in this inhibitory activity were identified as 2-methoxycinnamaldehyde and cinnamaldehyde.

Thus, cinnamon can be used to treat osteopenic diseases through this novel approach.

Mechanism of action of cinnamon in an inflammatory environment

When cinnamon is consumed, either in a tea, powder or any other concoction, it results in the release of a number of beneficial compounds.

These compounds counteract the deleterious effects of numerous harmful molecules such as nitric oxide, cyclooxygenase and prostaglandins.

In addition to its molecular effects, cinnamon also has effects at the genetic level.

It can influence the expression of various genes which are involved in inflammation and thus, help to regulate the inflammatory process.  T

There are many species of cinnamon which are available, the most common being Cassia cinnamon and Ceylon cinnamon.

However, the Cassia variety has a high coumarin content which may cause liver and kidney damage.

Thus, consumption of the ‘true’ Ceylon variety is recommended.

It is recommended that you consult a doctor before using cinnamon for medicinal purposes.

Cinnamon can act as a potent anti-inflammatory molecule with the help of the various bioactive agents present in its extracts.

Since arthritis involves inflammation of the joints, we can make use of the beneficial properties of cinnamon extracts and help treat this condition.

A large number of studies have shown that cinnamon can help to treat arthritis.

They have also elucidated the exact intracellular signaling pathway which is involved in the process.

Thus, cinnamon can be used as a therapeutic agent to treat arthritis.

READ THIS NEXT -
Kelp is an Effective Herbal Supplement for Thyroid Disorders
Side Effects of Bee Pollen - Children, Pregnant & Breastfeeding Women
5 Proven Benefits Of Olive Oil In Osteoarthritis [UPDATED]
Warning : Coumarin in Cinnamon Can be Harmful
5 Proven Benefits In Metabolic Syndrome
Wheatgrass Powder or Juice - Which one is Better?