Cystic Fibrosis is a genetic disease that most commonly affects the lungs. It is autosomal recessive in nature, which means that two copies of the defective gene cause the disease.

The effects of cystic fibrosis include difficulty in breathing, and coughing up sputum that is produced due to lung infections that occur frequently due to the disease. There is currently no cure for this disease.

Manuka honey is a kind of monofloral honey that is found exclusively in New Zealand and Australia. It is produced from the nectar of the wild manuka trees that are indigenous to that area.

Manuka honey is widely known throughout the world for its many health benefits, and it is commonly sold as an alternative medicine.

It differs from regular honey, as it contains a number of compounds such as methylglyoxal that give it a variety of beneficial properties that are not present in the normal honey that we consume.

Such compounds give it antiseptic, antibacterial, antiviral, antifungal, and anti-inflammatory properties. Due to its vast range of medicinal uses, manuka honey is constantly regarded as a “wonderfood”, and rightly so.

How does manuka honey help in cystic fibrosis?

Although cystic fibrosis is a genetic disease, and is known to have no cure,manuka honey is seen to be extremely effective in the treatment of the more adverse conditions created by the disease.

Lung infections that are common in patients that suffer from cystic fibrosis, is generally treated with antibiotics.

Here, manuka honey plays an important role and may be a substitute for common antibiotics when they fail (in case of resistance) or a home remedy to speed up the process of healing.

There has been a lot of research into the antibacterial properties of manuka honey, and recently even specifically for the case of cystic fibrosis.

A study was conducted in May 2015 that focused on observing the effect that manuka honey might have on common bacteria that cause lung infections .

These bacteria were isolated from actual patients that had been suffering from the disease, and the isolates were observed to exhibit an inherent resistance to common antibiotics used in treatment.

In this case, the two bacteria under question were Pseudomonas aeruginosa and Burkholderiacepacia . Both of these are opportunistic bacteria that are well known to cause acute or chronic respiratory infections in people that are already vulnerable to them due to the presence of an underlying disease such as cystic fibrosis.

Specifically, in the case of Burkholderia, manuka honey was effective even at 4.6% (w/v) and for Pseudomonas, it was seen to have an action only at and above 7.3% (w/v) .

This study proved that manuka honey has a very potent antibiotic effect on common bacteria that cause lung diseases in patients suffering from cystic fibrosis.

Manuka honey may also be used synergistically with other pertinent antibiotics to enhance their effect in bacteria that have an inherent resistance.

What does this mean?
Manuka honey is found to be an effective anti-microbial agent against pathogens involved in cystic fibrosis. 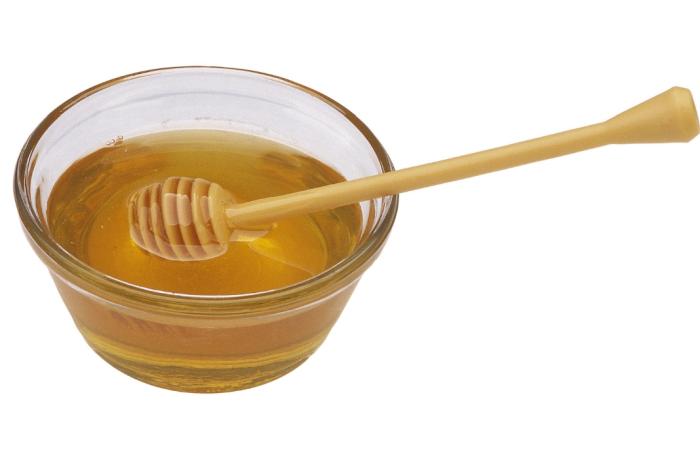 The lung disease that is seen in the patients suffering from cystic fibrosis, occurs due to the clogging of the airways due to build up of mucus, that results inflammation.

This inflammation, combined with lung infections that are common in cystic fibrosis patients, cause a variety of other symptoms that are associated with the disease.

Manuka honey is known to have a very strong effect against inflammation anywhere in the body. Based on the methylglyoxal content and other factors, manuka honey’s anti-inflammatory potential differs.

This effect of manuka honey makes it a viable home remedy for a number of diseases that are caused by inflammation, including cystic fibrosis.

What does this mean?
Manuka honey’s anti-inflammatory action can help in controlling damage caused by inflammation in cystic fibrosis.

How to take Manuka honey for cystic fibrosis?

The purity and the potency of manuka honey is given by an international rating system called the UMF (Unique Manuka Factor) rating system. This system is based on the levels of methylglyoxal that is present in the manuka honey.

Rating that is 10 or higher can guarantee the therapeutic effect of manuka honey. Below this, the effect is considered to be the same as any regular honey.

As manuka honey is a completely natural food, it does not have a specific dosage. For oral consumption, it is recommended that one should have 1 teaspoon of manuka honey in between meals, daily 2-3 times a day.

It can be consumed alone, or along with water. The water should be either lukewarm, or cold. Hot water is not good of this, as the high temperature leads to the degrading of many of the essential compounds present in manuka honey.

Manuka honey is also healthy for consumption for people who are suffering from diabetes but moderation is advised.

A patch test should be done at least 72 hours before consumption, so as to check for allergies against the honey.

These allergies are common in people who also have allergies to bees and/or pollen.

Manuka honey should not be given to children below the age of 12 months, for fear of botulism poisoning.
Diabetic patients need to keep a constant check on their blood sugar level while they consume manuka honey.

While cystic fibrosis itself doesn’t have a cure, manuka honey can be used as a treatment option for some of the adverse conditions that are caused by the disease.

The severity of the disease is due to two main reasons: inflammation and infection. Manuka honey has been proved to have a potent action against both of these conditions.

1 thought on “Does Manuka Honey Help In Cystic Fibrosis?”