Oxidation of reactive oxygen species in the body is the body reaction mechanism for detoxification and preventing the damage.

In excess, it causes oxidative stress which is an imbalance that may cause the development of a variety of other diseases like Parkinsons, Alzheimers, heart failure and many others.

It is important to keep oxidation in control to prevent oxidative stress in the body. This can be achieved by including anti-oxidant in the diet.

One such agent is coconut oil which has great anti-oxidant properties capable of preventing other medical complications that manifest as a result of the oxidative stress.

What are coconut oil and its benefits?

Coconut oil is a naturally extracted oil obtained from coconut. Coconut trees are mainly common in tropical countries. Coconut has been well known for its medicinal and therapeutic benefits.

It contains polyphenols and phenolic acids that have great anti-oxidative properties.

Including coconut oil in the daily diet can help prevent a variety of medical conditions and keep one healthy and away from most diseases and medical complications.

Its antioxidant properties have been found to be helpful in a variety of skin related conditions like sunburns, ageing, and dryness.

Coconut oil has thus been helpful in both ways i.e. when consumed and when applied topically.

Here are a benefits which demonstrate how anti-oxidant properties of coconut oil benefit health.

According to a study carried out by Arunima et al. in 2013, virgin coconut oil exhibits anti-oxidant effects that are effective than other oils like sunflower oil and olive oil normally used for cooking.

Coconut oil increases levels of antioxidant enzymes like glutathione that significantly reduced oxidative stress in the kidney, liver, and heart.

The study also reported that coconut oil inhibits lipid and protein oxidations. Its anti-oxidative properties were attributed to the presence of tocopherols and polyphenols in it. Levels of these antioxidants were comparatively higher in coconut oil as compared to the other oils.

The anti-oxidative properties of coconut oil prevent oxidative stress in general conditions, hence broadening their treatment capacity to a variety of medical complications.

High levels of cholesterol increase the risk of cardiovascular disease.

However, not many people know that increased levels of cholesterol in the body is subject to oxidation and can lead to the formation of oxysterols which when consumed is carcinogenic and mutagenic and can cause cancer.

It is thus important to not only control cholesterol in the diet but also prevent its oxidation by regular intake of anti-oxidative agents that are safe but at the same time effective.

In a study conducted by Nevin et al. in 2009, coconut oil was examined for its anti-oxidant effects in controlling cholesterol levels after extraction from various processes.

It was found that when extracted from the wet process, virgin coconut oil showed the presence of high amounts of polyphenols that maintained lipid metabolism and antioxidant status in animal models with high levels of cholesterol.

Another study reported by Nevin et al. in 2004 showed that coconut oil reduced lipid levels and oxidation of bad cholesterol in the serum as well as tissues.

This was also attributed to its polyphenolic content. Both the studies observed positive results in a period of 45 days.

Coconut oil has an anti-oxidative ability which improves cholesterol levels and also prevents oxidation of bad cholesterol in the body. It maintains lipid levels in the serum and tissues.

3. It helps fight cancer by preventing chemotherapy side effects

According to a recent research study conducted by Famurewawt al. chemotherapy used in cancer treatment induces toxicity of the liver and oxidative stress.

The study was conducted on animal models to examine the effects of coconut oil on oxidative toxicity and stress induced by an anti-cancer drug.

Results of the study indicated that supplementation of virgin coconut oil improves the antioxidative defense system in animal models preventing oxidative damage to the liver.

Another study carried out by Nair et al. in 2016 revealed that coconut oil benefits in the prevention of toxicity induced by a chemotherapy drug called cyclophosphamide.

Results of the study showed that supplementation of virgin coconut oil in animal models treated with the chemotherapy drug increases antioxidant enzymes like superoxide dismutase, glutathione peroxidase, and liver and kidney catalase that reduced oxidative stress and toxicity induced by the drug significantly.

Coconut oil supplementation on a daily basis can help fight chemotherapy-related side effects and aid in cancer treatment. 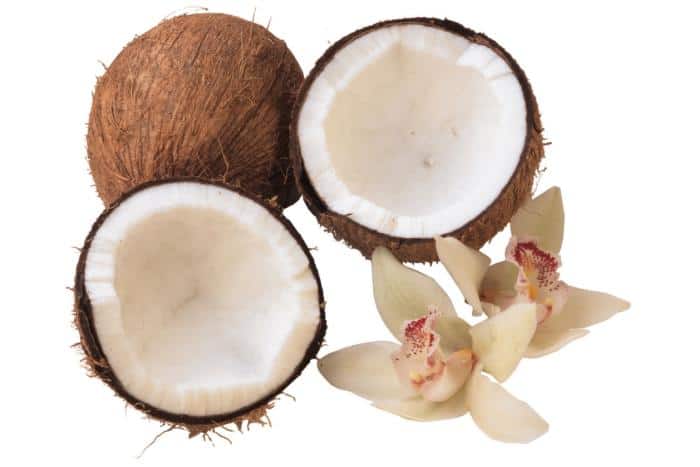 Coconut oil inhibits pathogenesis in arthritis. According to a study carried out by Ratheesh et al. in 2017, the antioxidant properties of kerabala, a formulation of the coconut oil, increases antioxidant enzymes that prevent damage and pain in tissues affected by arthritis.

Another study published in Immunopharmacology in 2014 showed that polyphenolic fractions of coconut oil have anti-arthritic efficacy and prevents oxidative stress induced in arthritis.

Coconut oil enriched with polyphenolics has anti-oxidant potential capable of preventing damage to tissues and relieving pain caused by oxidative stress in arthritis.

Crohn's disease is mainly characterized by inflammation of the gastrointestinal tract.

Oxidative stress further causes damage to the tissues and cells in the lining and is accompanied by pain causing more discomfort to the patient.

Coconut oil has anti-oxidant properties which can relieve pain and damage induced by oxidative stress in Crohn's.

According to a study conducted by Cuevas et al. in 2016 oral supplementation of coconut oil cures gastric ulcers induced in animal models.

The effectiveness of coconut oil was compared with that of aspirin, an anti-inflammatory drug commonly used for the treatment of Crohn's disease.

It was observed that Coconut oil significantly reduces the gastric lesions more effectively than aspirin.

The anti-oxidative property of coconut oil aids in healing the damaged tissues and lining of the gastrointestinal tract and provides coconut oil with gastroprotective ability.

6. It helps in wound healing

An experimental study carried out by Nevin et al. examined the anti-oxidative status of wounds on the application of coconut oil on it for 10days and found that coconut oil-induced increase of antioxidant enzymes, reduced glutathione and malondialdehyde levels by the 10th day.

It also reduces oxidation of lipids. All these effects ensured faster and wound healing as compared to that of the control group models.

Coconut oil has been found to be effective in healing burns.

A study demonstrated the positive healing effects of coconut oil alone as well as in combination with a topical cream containing silver sulphadiazine.

The results showed that coconut oil enhanced healing by rapid formation of the epithelium layer damaged beneath the affected area.

Coconut oil enhances the healing of burns and wounds by forming the damaged epithelium layer.

Coconut oil can be used in a variety of ways for treating conditions associated with oxidative stress.

It can be included in the diet as a cooking oil or as a flavoring agent, or it can be topically applied depending upon the condition.

There is no specific dosage. The dosage may differ depending upon the extent of disease or number of microbes causing the disease.

The best way for regular consumption of it is to use it as your daily cooking oil. This can show immediate positive results. 1-2 tablespoons can be included in the regular diet.

50 ml of coconut oil or 31/2 tablespoons of coconut oil as this amount would contain approximately 20-25 grams of lauric acid which indicates that the oil is metabolized by the body to release lauric acid or monolaurin which are highly healing components.

Including it in the diet is a much healthier option than other oils.

In the case of sunburns and wounds, one can apply 0.5-1ml of coconut oil for ten days at a stretch after obtaining the wound or sunburn, on the affected area to see positive results.

Research suggests that coconut oil is safe for use as it is naturally extracted and there are no specific side effects observed till now.

However, certain general precautions must be followed before incorporating it into the daily routine.

In rare cases, side effects like more inflammation may result in certain patients.

Coconut oil has great anti-oxidative potential that can be used to treat a variety of conditions.

Even if you’re not suffering from any medical conditions, wound or skin infections, stocking up on this oil and consuming it on a daily basis will help you in maintaining a balance of reactive oxygen species in the body and prevent oxidative stress from developing in the longer run.