Atherosclerosis is described as a condition in which arteries get hardened.

It is a special type of arteriosclerotic vascular disease in which walls of arteries get thickened by the accumulation of white blood cells.

This deposit of white blood cells is known as "fatty streaks”.

Living cells contain white blood cells which cause inflammation whereas the remnants of dead cells cholesterol, triglycerides, calcium and other crystallized material which reduces the elasticity of the walls.

Fatty streaks don’t interfere with the blood flow as the muscular wall of artery enlarges at the plaque and eventually allows the blood to flow.

The stiffening on the walls increases the value of pulse pressure. Increased pulse pressure is the mother to other complications.

Atherosclerosis remains asymptomatic for years, but once symptoms come into the picture, it is difficult to avoid further complications.

Spirulina is a cyanobacterium which has to find usage in day to day activities. It was used as single cell protein and came into limelight when NASA introduced this as space food.

This biomass of blue-green algae has high nutritional value. Dried form of spirulina contains around 60% protein, 8% lipid and 5% water.

It is a complete food as it contains all the essential amino acids.

Spirulina is a rich source of minerals like calcium, iron, and manganese.

It has several advantages over traditional food sources. It can grow faster and require less space in terms of other protein sources.

It is considered to be a complete source and has higher nutritional value as compared to any other source.

It doesn’t require any special requirements for growth; it can grow on waste like potato extract or starch from food industries.

Apart from numerous benefits, spirulina may contain toxic components which makes the processing process mandatory and increases the cost.

It is available in various forms - tablet, powder, and freaks.

Benefits of Spirulina in Atherosclerosis 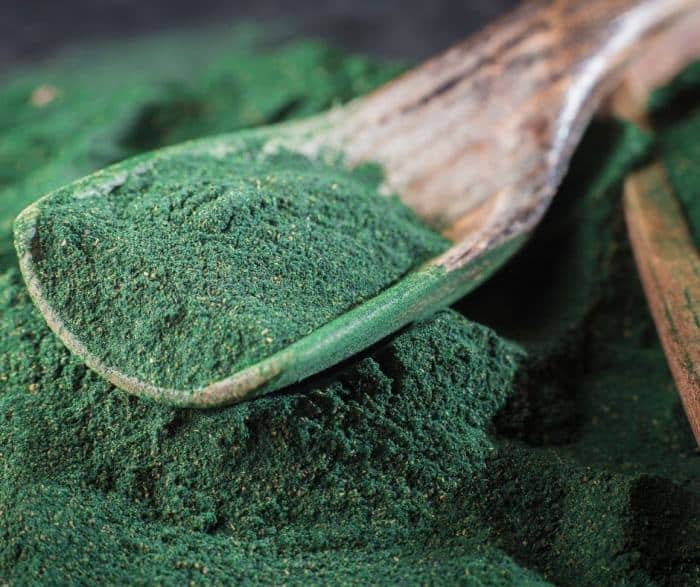 1. It acts as an Anti-Inflammatory Agent and also Reduces Oxidative Stress

It has been found that oxidative stress and inflammation play an important role in the pathogenesis of cardiovascular disease- atherosclerosis, hypertension, and heart failure.

Studies disclosed that dysfunction and remodeling can be attributable to Reactive oxygen species (ROS) which can damage the endothelial cells. [2]

Spirulina has been found to maintain the activity of antioxidant enzymes in cells.

A study demonstrated the different preparations of spirulina were used to study their activity on free superoxide radicals which generated at the time of oxygen burst. [3]

Several vitro and vivo studies have demonstrated that C-phycocyanin bile proteins of Spirulina with antioxidant and act as radical scavenging properties. [4]

Till date, no in vivo human studies on antioxidant effects of Spirulina are known.

What does this Mean? This means that the spirulina, an oxygen scavenging substance destroys that free oxygen species which in turn reduces oxygen stress, hence reduces the inflammation in lesions.

Hypercholesterolemia is defined as the high cholesterol level in blood. It is also known as dyslipidemia.

Researchers have investigated the efficacy of spirulina in atherosclerosis through an animal study.

It was found that spirulina decreased the inner surface of the aorta by 32.2% to 48.3%.

A significant reduction was observed in the levels of serum triglycerides and total cholesterol in the group exposed to spirulina.

Hence, spirulina can be beneficial in preventing atherosclerosis and decreasing the risk factors associated with cardiovascular diseases. [5]

The biochemistry department of the National Autonomous University of Mexico observed that spirulina encouraged the release of nitric oxide by endothelium (the interior surface of blood vessels) and increase the synthesis of a cyclooxygenase-dependent metabolite.

It is a vaso-dilating metabolite of arachidonic acid. The study also concluded that it is effective in decreasing the activity of constriction in the endothelium.

These mechanisms help in expanding the size of blood vessels which then lowers the blood pressure and enhances the blood flow.

This is advantageous for people with high cholesterol and elevated blood pressure. [6]

What does this Mean? This means that intake of Spirulina can decrease the plasma lipid concentration and blood pressure.

A study was done with an objective to assess the efficacy of edible blue-green algae (spirulina, nostoc) on atherosclerosis lesions.

It was found that hyperlipidemia and inflammation are responsible for the development of atherosclerosis lesions.

It was also seen that both of them decreased the aortic lesions, indicating them to be the natural product for atheroprotection. [7]

Researchers isolated two bioactive peptides from spirulina which they suspect are atheroprotective at an early stage. [8]

Researchers tried to figure out the protective mechanism of spirulina towards atherosclerosis.

The scientist discovered that phycocyanobilin in spirulina can activate atheroprotective heme oxygenase-1 (Hmox1).

This is the key enzyme for heme catabolic pathway which is responsible for the generation of antioxidant bilirubin in blood vessels which can discourage atherosclerosis.

Phycocyanobilin increases the level of Hmox1 which reduces the oxidative stress and endothelial dysfunction.

This results in a decrease in aortic atherosclerotic lesions. [9]

What does this Mean? This means that Phycocyanobilin in spirulina not only reduces triglycerides and oxidative stress but also decreases atherosclerosis lesions in endothelial cells.

The dose of spirulina varies from individual to individual depending upon age, the status of the disease and nutritional requirement of the person.

The purpose of consuming spirulina also makes a change in the amount of dosage.

Usually, 1 – 8 g per day is prescribed dose in almost all the cases but it is not necessary to have that dose only. Sometime 500mg may be also recommended. [10]

Till now there is no such study that can describe the best dose tolerant dose.

Further researches are also needed to compare the effectiveness of single dose a day with multiple doses per day.

Opt for standardized extracts of spirulina.

While purchasing makes sure that Spirulina available is original and not adulterated.

Immediately stop the consumption and consult a doctor when some allergic reaction noticed.

use of spirulina should be avoided in Pregnant and lactating mother

It will take time to show its effect, so avoid taking an overdose

Use of spirulina should be avoided if People are allergic to seafood or almonds.

Spirulina helps in reducing oxidative stress and reduces the inflammation of the lesions in atherosclerosis patients.

C-phycocyanin or Phycocyanobilin is responsible for anti-oxidant properties of spirulina and can also reduce atherosclerosis lesions.

Apart from reducing the oxidative stress, it regulates the blood pressure. It decreases the high blood pressure by bringing down the lipoprotein levels in the blood.

Spirulina also protects the individual from the risk of cardiovascular diseases by controlling the triglycerol and cholesterol levels.

It also prevents the dysfunction of the endothelial cell wall. In a nutshell, spirulina can be protective in patients suspected to suffer from atherosclerosis.

READ THIS NEXT -
3 Benefits Of Manuka Honey In Conjunctivitis
12 Awesome Evidence Based Health Benefits Of Chia Seeds
Why Cinnamon Tea is an Awesome Energy Drink and How to Prepare it
Cinnamon Benefits for High Blood Pressure
How Aloe Vera Helps with Wrinkles & Keeps Your Skin Young!
15 Super Foods for Rheumatoid Arthritis