Head lice (Pediculus capitis) infestation also known as pediculosis is one of the most communicable problem in human beings affecting any age group, especially most among school-age children. A population based study that was carried out in United Kingdom, showed prevalence of head lice of 2% and an annual prevalence of 37% in children indicating pediculosis is one of the common problem among children.  Itching caused by the saliva produced by louse is the major symptoms of pediculosis. Other symptoms are tickling feeling, irritability, and sleeplessness and sometimes sores that are formed on scalp due to scratching. But unlike body lice, head lice infestation is not a health hazard. It is a pure sign of unhygienic condition of head and hair and proper cleanliness can help to prevent their occurrence. Head lice are also not vectors of any other disease like body lice. But heavy infestation also known as secondary infection can occur if they are not treated initially which can cause bacterial infection of the excoriated scalp.

Maintaining proper hygiene and cleanliness of head and hair by using proper shampoo is the major preventive method in avoiding pediculosis symptoms. Other basic treatment methods available and scientifically proven effective are use of topical insecticides (pyrethrins, 1% permethrin), oral agents (trimethoprim- sulfamethaxazole) and wet combing. But it is also studied that various household remedies such as using petroleum jelly, olive oil, coconut oil, anise oil and ylang ylang oil when applied to hair can also effectively control pedicilicide without any side effects, unlike topical insecticides.

Head lice can be described as wingless, six legged, blood sucking insects measuring around 2mm to 4mm in size that lives on the scalp of humans and other animals such as dogs or cats too. It is normally observed that infested children usually carries 20 or fewer matured head lice which if kept untreated can stay for three to four weeks. They grow on scalp and inhabit there for food, warmth, moisture and shelter. The head louse usually grows by sucking blood every 3h to 6h from scalp and simultaneously injecting their saliva.

In their life cycle, adult female louse once mated, produces five to six eggs per day which can continue to stay for almost 30 days. Eggs are produced inside the shell (called a nit) that remains glued on hair strands near the scalp. Later in their life cycle, the eggs hatch into nymphs which take place in 10 days that further in 15 days turns into a mature head lice. Nymphs and adult head lice are the main source of head infestation which can survive away from host for 1-2 days.

Researchers showed the importance of attachment of nits to hair in overall life cycle of head louse is very crucial in completing their life cycle which further leads to pediculosis infection. And therefore the natural products used as a part of natural home remedy such as olive oil, coconut oil are found to be effective method in treatment of head lice infestation as they prevent the completion of their life cycle.

Coconut oil which is produced from fruit of coconut palm tree (Cocos nucifera L.)  Is used from ancient times as a part of effective herbal and natural treatment in various health related problems.

Along with its numerous therapeutics and nutritional benefits, coconut oil is found to be effective and safer part of natural home remedies in treatment of health problems like pediculosis. Coconut oil which is produced by crushing copra (dried kernel) contains 60-65% of the oil. Coconut oil due to their oily nature does not allow the attachment of nits containing eggs to hair strands, hence they get easily washed away with shampoo or by wet combing and fall down.

Head lice usually spread by head-to-head direct contact. They also get transferred by sharing clothing, bed sheets, pillows, bed lines etc. as lice and their nits get attached with these clothing’s and can crawl from once place to another seeking for head. Head lice cannot survive for more than 1-2 days when they fall and stay away from host head as they don’t get blood for their growth and survival. 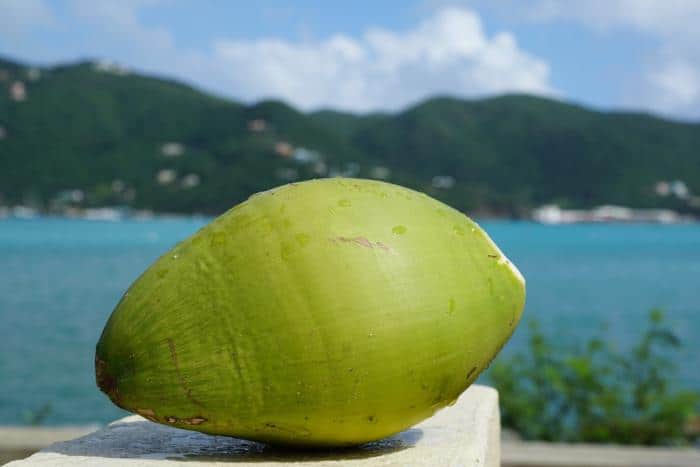 It was proved that the natural remedy using coconut oil, anise oil and ylang ylang oil was found to be more effective in treating head louse infestation in children (age 4-13yrs) as compared to control method (spray formulation containing permethrin, malathion, piperronyl). And the most important part of using natural remedy is that it did not showed any side effects.
Studies have also proved that coconut oil form thin layer as water at 30’C (usual temperature on head) that sticks to the body of lice.

These conditions makes difficult for lice to breathe and suck blood from head. These leads to suffocation caused by oily layer on lice which kills them. Thus proving another advantage of using pure coconut oil in treatment of head lice infestation.

How to use coconut oil for removal of head lice?

Follow these steps one by one in order to get rid of head lice by applying coconut oil remedy:

Coconut oil is not only found effective in removing nits from scalp and hair, but it also makes adult lice difficult to crawl on scalp as they does not get proper attachment due to sticky nature of hair after oil application. This also makes easy removal of lice from scalp using shampoo and wet combing.

How much to apply?

Coconut oil can be used like other oil for topical application of scalp and hair and found to be safe without any side effects. It can be also used in combination of other herbs which promotes healthy and shiny growth of hair.

Natural therapies using topical application of coconut oil on head is found to be more effective and safer method in controlling head lice infestation as compared to topical insecticides. Another problem associated with topical insecticides such as permethrin, piperronyl for pediculosis is that lice become insecticide resistant after some time making them ineffective whereas such problem does not exist with coconut oil proving again to be better option in controlling pediculosis. And overall, coconut oil also helps in promoting healthy growth of hair along with its effective preventive properties in controlling head lice infestation.

READ THIS NEXT -
Bee Pollen for Weight Loss : Does it Work?
What is Saigon Cinnamon and its Health Benefits
Cinnamon and Cholesterol
Can Quinoa be Included in Paleo Diet
Be Aware Of The Interaction Between Goji Berries And Warfarin
Aloe Vera Juice Benefits for Kidney - What Research Says