Eye infections are caused quite frequently as our eyes are extremely sensitive.

They may be caused due to harmful microorganisms, pollution, poor hygiene or surgery. Bacteria, viruses, and fungi are the major eye infection-causing agents.

Pollution and dust cause dryness of the eyes which is becoming increasingly common nowadays.

Eye infections can be prevented by maintaining hygiene and avoiding contact with hands to the eyes.

Public areas can be regularly disinfected to get rid of infectious microorganisms.

People suffering from eye infections must keep their bedding and towels clean and avoid contact with others to prevent the infection from spreading.

Eye drops, medications and surgery may be recommended in contagious or severe cases.

What is Kelp and what are its Benefits?

Kelp is a seaweed that grows in shallow oceans.

These are algae enriched with vitamins like vitamin A and B complex vitamins.

They also contain essential minerals and have a high nutritive value.

It is considered as a superfood and is becoming increasingly popular for the treatment of eye infections thereby proving relief to patients who are vulnerable to them.

5 Benefits of Kelp For Eye Health

Kelp can be consumed by people without eye infections too as kelp has been found to promote eye health. 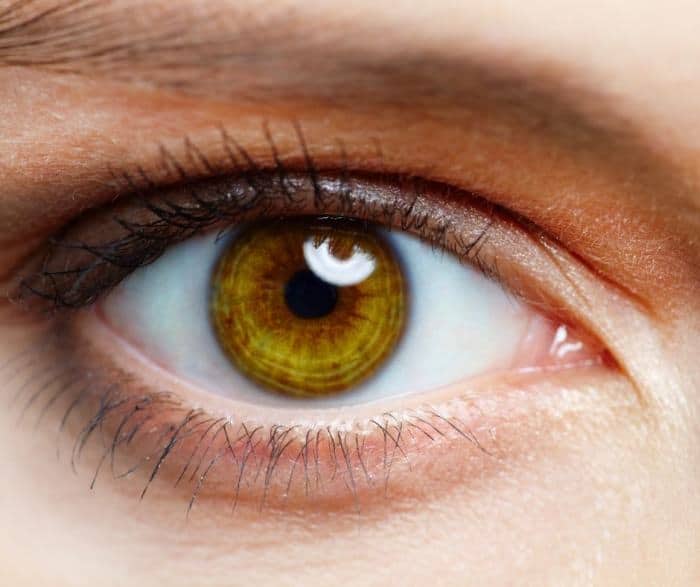 1. It is Enriched with Essential Vitamins

Kelp is a natural source of vitamins like Vitamin A and B complex. Including kelp in the daily diet can improve eye health tremendously.

A study published in the Journal of Applied Phycology in 2017 mentioned that sea vegetables are enriched with B complex vitamins mainly vitamin B1 and B12 as well as Vitamin A and Vitamin E.

Also, it has been found that Vitamin B12 deficiencies are common in vegetarians. Brown algae contain vitamin E that has great anti-oxidant potential. [1]

Another observational study reported that Algae contain carotenoids which as a provitamins A and have anti-oxidant potential capable of preventing oxidative stress.

This can play an essential role in preventing oxidative damage in various chronic diseases.[2]

What does this Mean? Kelp contains vitamins like Vitamin a, B complex as well as vitamin E, whose deficiency causes eye problems.Consuming vegetables derived from the sea like kelp can play an essential role in improving eye health.

2. It has Anti-Microbial Properties

Various infectious microorganisms cause eye infections. The most common bacterial eye infection is Conjunctivitis, and it is highly contagious.

A study conducted by Eom et al. in 2012 evaluated the antimicrobial properties of marine brown algae.

Results of the study demonstrated that phlorotannins in brown algae have the ability to fight against pathogenic microorganisms and can be used as food products and drug candidates for curing microbial infections. [3]

According to a recent study published by Shannon et al. reported that marine algae have the potential to be used as drug candidates against bacterial infections as they possess bactericidal activity.

This property of marine algae was attributed to the presence of essential components like polysaccharides, phlorotannins, fatty acids, and peptides interfere with the mechanisms involved in the growth of bacteria and inhibit them. [4]

What does this Mean? Marine algae especially brown algae like kelp possess anti-microbial properties as it is enriched with various nutritional components like phlorotannins that exhibit anti-microbial effects. They can be used to prevent eye infections caused by pathogenic microorganisms like conjunctivitis.

3. It has Anti-Inflammatory Property

Eye inflammation is the first common symptom observed in the case of an eye infection.

Inflammation may also occur due to UV radiation on sun exposure, dust or bacterial infections.

A study published in Food and Chemical Toxicology in 2010 reported that phlorotannins present in brown algae like kelp present anti-inflammatory effects.

They have inhibitory effects on the production of inflammatory mediators by inactivating natural killer cells and activating pathways that regulate excessive inflammation. [5]

A study published in Mediators of Inflammation in 205 reported that diterpenoids extracted from marine plants have anti-inflammatory properties.

These have been tested against various inflammatory diseases with positive outcomes, however, they do have some rare mild side effects. [6]

The side effects will be discussed in the precautions sections below.

What does this Mean? Marine algae like Kelp exhibit anti-inflammatory properties that can help in treating eye inflammation. Although its use might have some side effects in few individuals, they can be managed.

Deficiency of Vitamin A has been linked to poor vision. Consumption of foods rich in Vitamin A prevents deficiency disorders associated with it.

Marine brown algae have been found to be enriched with carotenoids that exhibit provitamin A activity.

According to Sight and Life Manual on Vitamin A Deficiency Disorders by McLaren et al., brown algae are rich in carotenoids. These carotenoids possess provitamin activity. [7]

Another clinical study conducted by Loughman et al. stated the importance of macular pigments of carotenoids in improving visual performance in individuals on supplementation.[8]

What does this Mean? Brown algae contain high amounts of carotenoids that can play an important role in improving vision and preventing eye disorders associated with Vitamin A deficiency.

5. It has Anti-Oxidant Properties

This property of brown algae can protect the eye from damage caused by UV radiation on direct sun exposure. [9]

According to a study published by Kim et al. in 2010, phloroglucinol presents anti-oxidative stress. [10]

Another study carried out by Kim et al. in 2011 mentioned that polysaccharides like fucoidans found in brown algae have anti-oxidative potential among other nutritional benefits.

The study concluded that marine brown algae could be used as medicinal food products. [11]

What does this Mean? Components like phloroglucinol and polysaccharides, fucoidans in kelp have anti-oxidant properties. Hence, kelp can be used as a drug candidate or in food products to prevent oxidative stress in eye disorders like glaucoma and cataract.

According to the U.S. Food and Drug Administration, the recommended dietary intake of kelp is 100 grams per day.

This should be around 1g of kelp but the iodine contents vary with every species.

A balanced diet rich in Vitamin A should contain at least 2-3 Kelp vegetables per day along with a bit of fat to help in improving digestion. [14]

The book, Drug Abuse Treatment Using Biochemistry mentioned that kelp is seaweed that can be consumed raw but is usually processed in the powdered and dried form so that it can be used as a flavoring agent in dishes and can be easily included in the diet.

It is rich in nutrients and is available as a supplement in the market. [15]

There are no adverse side effects of Kelp although however foods containing algal species often contain high amounts of metal ions and excessive uptake of such foods can lead to metal toxicity.

High arsenic content present in seafood including kelp can lead to harmful effects on the body and cause cancer. [16]

Kelp is a rich source of iodine. Use with caution in case of thyroid disorders.

Since it is a marine vegetable, mild allergic reactions like inflammation may occur. One must avoid its consumption if any side effects are observed.

It is best to start the intake in small amounts and then increase the dose gradually.

It is hence very important to buy kelp containing foods and supplements from safe and trusted places and follow the recommended dose.

Those who have cancer or other serious health conditions and are on medications must consult a doctor before its consumption.

A gap must be maintained of 3-4 hours between medication and kelp containing supplements to avoid interactions between the two.

Kelp is highly nutritious as a dietary element, however, there are no direct studies evaluating the benefits of kelp for curing eye disorders or infections.

It is composed of metal ions, and hence excessive intake can cause toxicity, but its consumption is considered safe with mild side effects if the appropriate dosage is followed.

1 thought on “5 Benefits of Kelp For Eye Health”