Kelps are seaweeds, or brown algae, belonging to the order Laminariales. They are commonly found in underwater kelp forests especially in Asian countries such as China and Japan.

Ascophyllumnodosum or kelp is considered to be a superfood as it is packed with a large number of nutrients.

It is because of this reason that it can be found in the kitchens of various households- as the vegetable provides for a healthy and balanced diet.

There are a number of benefits associated with kelp.

It helps in maintaining thyroid levels in cases of hypothyroidism [1], it can aid weight loss as it consists of a protein known as fucoxanthin [2].

It also contains molecules known as “Alginates” which prevent the over-processing of fat by the pancreas and also it’s absorption. [3]

Also, it can regulate glucose and antioxidant levels in the blood especially in case of type-2 diabetes and hence it may prevent and even treat diabetes. [4]

Possible Side Effects of Kelp

However, kelp should not be consumed in large amounts through the implementation of wrong methods as it may lead to adverse effects. 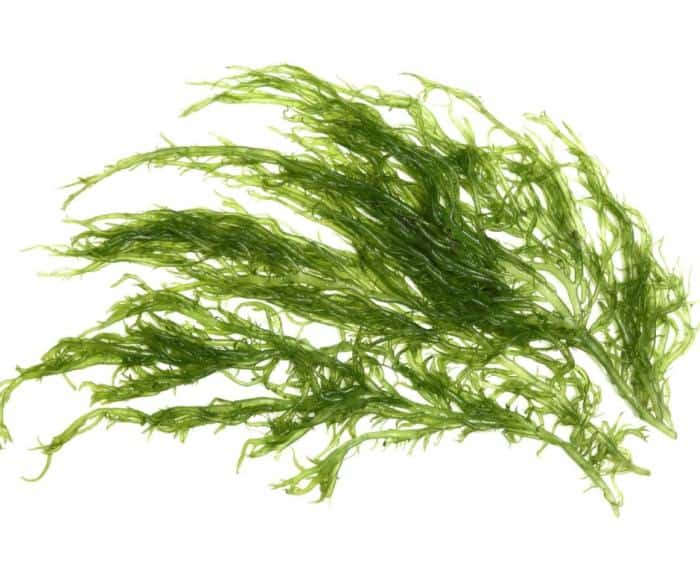 1. It can cause Arsenic Toxicity

The symptoms prevented her from working full-time. [5] The woman was on kelp supplements.

It was observed after this, that the commercially available kelp had arsenic levels higher than the Food and Drug Administration tolerance level of 0.5 to 2 ppm.

The urine tests confirmed high levels of arsenic in her body. Upon discontinuation of the supplement intake, the levels dropped to normal and all her symptoms were resolved. [6]

Severe cases of dyserythropoiesis [7] (which leads to a very less number of red blood cells in the body) as well as thrombocytopenia [8] (where the body does not have enough platelets) has also been related to the ingestion of supplements containing kelp. [9]

What does this Mean? Consumption of kelp supplements containing arsenic can cause a number of symptoms such as diarrhea and vomiting along with rare blood disorders.

2. It can provide Excess Iodine which may be Detrimental for Health

Iodine is a micronutrient that is required by our body for various purposes, one being the synthesis of hormones, especially thyroid hormones. [10]

For adults who are neither pregnant nor lactating, the US Institute of Medicine, along with the WHO, the International Council for the Control of Iodine Deficiency Disorders (ICCIDD) and United Nations Children’s Fund (UNICEF) recommend a daily dose of iodine starting from 150 μg.

However, if there is even a single high exposure to iodine, the person may suffer from adverse effects such as thyroid dysfunction.

Usually, adaptation to high levels of iodine is done with the help of an effect known as the “acute Wolff–Chaikoff effect”, where a protein known as sodium–iodide symporter (NIS) stops transporting iodine from the blood into the thyroid. [13]

If that fails to happen, there can be a number of consequences:

In the case of hypothyroidism, the thyroid gland fails to produce enough hormone and results in a number of symptoms such as mood swings, weight gain and lethargy.

If exposed to high concentrations of iodine, the release of the thyroid hormone might be decreased.

And this results in high levels of serum thyroid-stimulating hormone (TSH). [14]

A daily administration of iodine thereby resulted in a lower uptake of iodine and an increase in the TSH or thyrotropin. [15]

Hyperthyroidism includes an overproduction of iodine by the thyroid gland which results in a sudden weight loss, irritability, sweating and rapid heartbeat.

Excessive consumption or administration of iodine can often induce hyperthyroidism.

A woman was admitted into the hospital because of palpitations, a fast pulse, heat intolerance, worsening fatigue as well as weight loss.

She did not have a history of cardiovascular disease but her thyroid gland was enlarged and all these factors altogether pointed toward hyperthyroidism.

On investigation, it was brought to the notice of the doctors that the woman had been using iodine swabs over a period of many years, which is why she had been exposed to excess iodine.

Upon discontinuation of iodine swabs, the serum inorganic iodide, as well as the TSH, returned to normal levels. The thyroid hormone levels also normalized. [16]

A woman suffering from goiter showed typical signs of hyperthyroidism.

She never took any medications containing iodine, nor was she exposed to iodinated radiocontrast media.

However, she was consuming a tea containing kelp from a period of 4 weeks.

She was put on anti-thyroid drug therapy and asked to stop the consumption of the tea containing kelp.

After a period of 7 months, the TSH levels almost returned to normal and she showed no signs of hypo or hyperthyroidism. [17]

What does this Mean? Kelp consists of iodine. However, if one exceeds the levels that have been approved as “tolerable”, it can lead to hypothyroidism as well as thyrotoxicosis.

3. Non-Standardized Kelp Extracts may cause Anemia

However, according to a case that was reported, a woman who consumed traditional Chinese medicine suffered from arsenic intoxication.

She consumed medicine over a period of 12 years.

She began to suffer from hemolytic anemia afterward.

She underwent a therapeutic red blood cell exchange after which she headed towards betterment. [18]

What does this Mean? Prolonged usage of arsenic containing supplements can lead to hemolytic anemia.

4. Arsenic Toxicity from Kelp can cause Neuropathy

Upon consumption of supplements high in arsenic, a case had been presented concerning a woman who suffered from peripheral neuropathy.

She experienced an absence of below hips vibration sensation and absent ankle jerks, reduced the joint position of toes and below knee loss of spinothalamic sensation.

Excessive arsenic can hence lead to such devastating consequences.

What does this Mean? In order to prevent diseases such as peripheral neuropathy, one must refrain from supplements including arsenic.

5. Kelp may cause Allergies

Anaphylaxis is an allergic reaction which happens to be life-threatening. It results in a severe skin rash, vomiting, nausea, shock and difficulty in breathing.

Kelp is used for cervical dilation in order to help with the elective termination of pregnancy.

Two cases of women were reported where there was an administration of laminaria (kelp) which resulted in an anaphylactic reaction.

They experienced breathing difficulty, nausea, urticaria, and hypotension. Tests proved that they had a positive reaction to laminaria.

What does this Mean? One may experience hypersensitivity upon administration with laminaria during gynecologic procedures.[19]

6. It may Increase Bleeding Risk

Kelp is helpful as it helps retard clotting through platelets. This can be helpful especially if one wants to prevent conditions including blood blots and stroke.

However, that could sometimes prove to be harmful as well.

Fucoidan is a compound (a polysaccharide) that aids blood thinning and does not result in hemorrhage, unlike other anticoagulants. [20]

It is found in kelp. It forms a complex with protamine sulfate, which together aid blood thinning. [21]

What does this Mean? If used as an anticoagulant, kelp may result in adverse effects such as excessive bleeding due to a minor injury.

7. Excess Kelp Consumption may have Adverse Effects on Stomach Health

Kelp is used as a laxative. It has a compound known as “algin”, that can form gels or viscous colloidal solutions when introduced to water and it is this property that makes it a good laxative. [22]

However, overuse of laxative can irritate the bowel, resulting in excessive loss of water (dehydration), electrolyte imbalance, fatigue, tremors, and even kidney damage.

What does this Mean? Using kelp as a laxative can result in dehydration, electrolyte imbalance and kidney damage.

One must consume about 150mcg of iodine per day. Thus, daily intake of kelp must be around 1000mcg only or less. Excessive intake can be harmful for health.

The arsenic content also must be checked before purchasing supplements inclusive of kelp. Arsenic-free options are also available nowadays. [23]

Kelp has a number of advantages associated with its consumption, however, care must be taken as one might unknowingly consume excessive amounts to obtain better, quicker results and this may backfire and result in adverse effects.

2 thoughts on “Possible Side Effects of Kelp”