The concept of a time machine dates back to 1888 or so.

And this hypothetical concept is very appealing; after all racing back and forth in time, changing things and knowing events in advance would be so powerful.

We don’t know how far has science progressed with respect to this concept but the field of nutrition has definitely gone back a few ages.

And by that, we were talking about the Paleolithic Diet.

What is a Paleolithic Diet?

The paleolithic diet is the diet followed by our stone-age ancestors who lived 10000-750000 years ago. They relied on the use of stone as a tool for hunting and gathering purposes.

This diet is of interest because nutrition experts feel that this a native diet consumed during human evolution. Hence it is bound to be healthiest and is likely to suit our genetic framework.

Also, they feel that modern metabolic diseases like diabetes and heart diseases are a result of modern diets to which we are not genetically adapted.

Based on the climate, the food sources of Stone Age population changed. Initially, in a warm environment, they collected berries, fruits, and leaves.

As Ice Age set in they began to have meat from predator kills.

Gradually they shifted towards hunting, fishing and shellfish gathering. In this manner approx 60% of their diet was meat and 40% was plant food.

The main components of a Paleo diet are :

The diet does not include any processed foods, grains, cereals, legumes, salt, refined sugar, refined oils etc because humans had not started cultivation or farming then and the rest food groups were not available in that era.

There are a number of mechanisms involved in the working of a Paleolithic diet towards improving body composition.

Firstly there is a reduced energy intake as some of the foods in this diet are low in calories.

Since grains and cereals are excluded the diet is low in glycemic index. Glycemic index is the factor by which a particular food affects blood sugar.

It is used to rate foods rich in carbohydrates as to how they will raise our blood sugar.

High blood sugar levels lead to secretion of high levels of insulin which drastically lower your blood sugar and make you feel hungry. That is why you can’t get enough of high glycemic index foods or sugar-rich foods.

The diet is abundant in fruits and vegetables which are high in water content and hence very satiating.

Paleo diet has been researched upon as a therapeutic diet for several conditions.

However we have mentioned studies pertaining to obesity and metabolic syndrome.

With regards to weight loss, Paleo diet has been studied for short term and long term.

A 3 week study  was carried out to assess the effect of consumption of Paleo diet on body composition in healthy volunteers.

Another short study  was conducted to observe effect of Paleolithic diet on metabolic syndrome independent of its effect on body weight.

Within 2 weeks a decrease in blood pressure, cholesterol and other characteristics of metabolic syndrome was observed.

Despite of efforts to maintain body weight, the Paleo group experienced a decrease of around 1.32kg.

A review study  suggests that Paleo diet can bring about improvements in metabolic syndrome in short term.

This study also revealed that Paleo diet brings about a decrease in cholesterol and reduces waist circumference by an average of 2.38cm.

Fat deposited in the abdomen and trunk region is something that we all want to get rid of. Postmenopausal women are highly susceptible to this type of fat deposition.

Researchers studied whether Paleo diet can help reduce such fat. Average calorie intake reduced by 25% with a weight loss of 4.5 kg.

Reduction in the waist and hip circumference as well as fat depots in this region was observed and all this occurred in 5 weeks span.

Only one long term study has been conducted with respect to Paleo diet and weight loss. In this study  the effect of Paleolithic diet on obese postmenopausal women was evaluated.

The diet used for comparison was the Nordic diet.

What does this mean? Short term studies report great weight loss outcomes with Paleo diet. Similar result has been reported by the solitary long term study on Paleo diet and weight loss. Additionally it has been proven that Paleo diet specifically reduces abdominal obesity in 5 weeks.

Bligh et al conducted a study  to observe effects of Paleo diet on satiety. They tested the acute effects of the two Paleo diet and compared it with a reference meal designed on WHO guidelines.

One Paleo diet matched the energy and macronutrient content of the reference meal while one contained more protein and energy.

Both the Paleo diets were successful in increasing the appetite controlling hormones and therefore led to increased satiety in comparison to reference meal.

It was observed that this effect was independent of the protein and energy content of the meal.

A comparison  between the Paleolithic diet and Mediterranean diet and their effect on satiety was drawn. The study group included patients suffering from heart disease with glucose intolerance or type 2 diabetes.

Researchers concluded that Paleo diet is more satiating per calorie than the Mediterranean diet.

What does this mean? Paleo diet is abundant in low calorie but satiating foods which is why it is effective in controlling appetite within fewer calories range.

Researchers at the University Of California, San Francisco reported that Paleo diet improves blood glucose control and increases insulin sensitivity in type 2 diabetes patients in comparison to the diet based on American Diabetes Association recommendations.

Paleo diet is proven to improve blood glucose control in type 2 diabetes patients in comparison to the Mediterranean diet with a significant decrease in waist circumference (5.6 cm).

Average weight loss of 3kg and 4cm reduction in waist circumference was observed.

What does this mean? Since Paleo diet is free from grains and refined carbohydrates, it ensures better blood sugar control. This is helpful for diabetes patients. Additionally proper insulin functioning can have positive implications on appetite and fat deposition.

Despite of its high meat content, Paleo diet is healthy for the heart and liver

Cordain et al put forward an interesting paradox associated with Paleo diet.  It is meat based but does not pose risk of developing heart diseases.

In a 2 year long study , obese postmenopausal women were treated for liver fat by dietary means. ]The diets compared in the study were Paleo diet and low fat diet.

Liver fat decreased by 64% in Paleo group and 43% in low fat group in 6 months however the difference at the end of 24 months were not significant.

What does this mean? Since Paleo diet is primarily focussed on animal protein, some express concern that this may not be healthy for the heart. But research proves the opposite. If you stick to lean cuts of meat and eat other components of the diet in right proportion you will definitely reduce risk of heart disease. It also reduces accumulation of harmful liver fat. 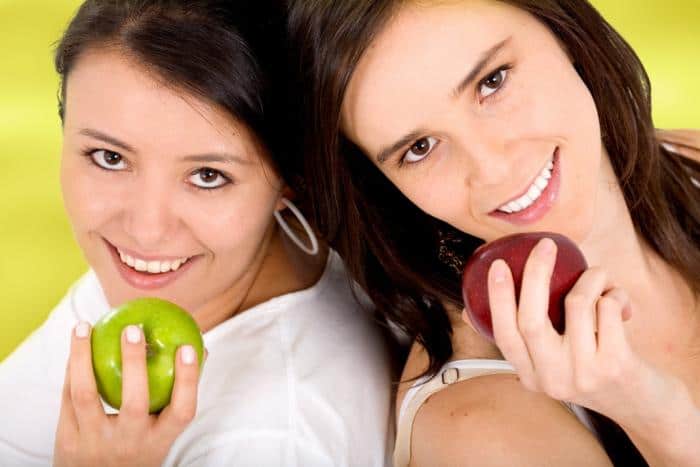 Kowalski and Bujko mention the clinical potential of Paleo diet and suggest how it can be therapeutic in case of some diseases :

What to Eat & What to Avoid on Paleolithic Diet?

A sample one day menu would look something like this:

This is a just basic modern diet developed on the nutritional characteristics of Paleolithic diet.   Many blogs and books have come up with interesting recipes for Paleo diet.

One of the prime concerns of the Paleolithic diet, is the low levels of calcium supplied by the diet due to the absence of dairy foods.

This can increase the risk for bone demineralization, osteoporosis and osteopenia.

However one study  reports that unrestricted consumption of Paleo diet results in unfavourable changes in blood lipids despite of its favourable effects on body composition.

Then there is a slight conflict whether potatoes or tubers are to be included in the diet for it is plausible to consider that hunter gatherers then had access to such starchy food sources.

Another debate is whether carbohydrates should be cut down to this extent that entire cereals and grains group should be avoided?

Some argue that carbohydrates serve as a source of energy for the brain so a lack of carbs would have adverse effects.

Proponents of the diet argue that fruits and vegetables provide sufficient carbs and the inclusion of seafood provides the essential omega fatty acids which aid in brain development.

One of the important doubts that were expressed was regarding life expectancy, in the sense that if Paleo diet was so good why didn’t people live longer then and why do they do now.

Loren Cordain, a famous researcher and expert in Paleo diets, addresses this and a number of counterarguments in his paper .

He comments that life expectancy today has increased due to the rapidly developing environments and the benefits of the Paleo diet should be explored beyond this factor.

The idea that we suffer from metabolic diseases or diseases of affluence because of our diet rich in processed foods and switching to Paleo is going to rectify that is challenged by Katherine Milton in her commentary.

She states that whatever be the proportion of macronutrients consumed by any hunter-gatherer society, none of them could avoid disease of the civilization.

She suggests that we should be inspired by our ancestral diets to include more fruits and vegetables in our modern diets rather than increasing animal protein.

Paleo diet is considered as the only nutritional approach that suits our genetic adaption towards diet and nutrition.

And indeed we should take some inspiration from our ancestral diets and reduce our consumption of processed foods.

What is a little intimidating about this diet that it totally cuts out on grains and this a little tough to handle if you love breads, oatmeal, pasta etc. Also, you might have to give up on coffee, tea and like beverages.

So in case, you find this restrictive you might want to check out options like the Mediterranean Diet and Volumetrics Diet.

Given a few drawbacks such as low calcium and salt content, the Paleo diet is a great approach to cut down on our excessive focus on processed foods and improve the nutritional quality of our diet.

If you are already on the Paleo diet then we would love to hear about your experience with it.