But, weight reduction is not an easy task. Controlling the diet along with physical activities has been the most successful ways till now.

Oil is an integral part of the diet of most of us. There are certain oils which can help in weight loss.

What is castor oil?

Castor oil is one of the most popular oils used in skin treatment, lowering constipation and boosting hair health.

Castor oil is extracted from the seeds of the castor bean plant (Ricinus communis) by cold pressing of seeds.

Beneficiary properties of Castor oil come down to its chemical composition. It is a rich source of a unique triglyceride fatty acid – ricinoleic acid. Ricinoleic acid is not present in many other food items.

Aside from the fatty acid, it also contains beneficial salts and esters

Castor oil is known for its laxative properties for years but its potential as an anti-obesity agent is still not studied in detail. Property of being used as a laxative agent can serve as a potential source for weight reduction. Ricinoleic acid uniquely found in castor oil probably can stimulate metabolism which can further help in reducing a few pounds. 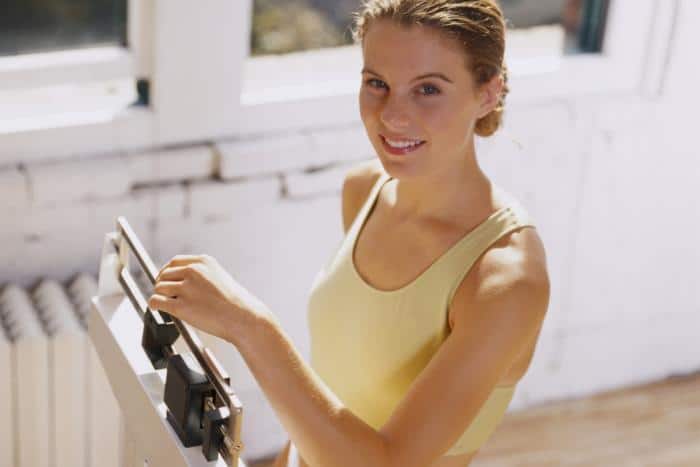 1. Help in detoxification of the body.

Consumption of castor oil helps in detoxifying the body by flushing out the toxins out of the body.

This cleanses the accumulated water from the colon and the entire gut. Detoxification helps in ensuring good health and improving metabolism. Improved metabolism has known to reduce weight.

Castor oil is hydrolyzed to Ricinoleic due to enzymatic action of lipase in the small intestine. The ricinoleic acid inhibits absorption of intestinal water and also stimulates the intestinal motor function and release neurotransmitters.

What does this mean? The castor oil detoxifies the body and keeps the body healthy and stimulates the metabolism which in turn helps in weight loss.

2. Helps in getting rid of extra water

Ingesting the oil stimulates the digestive organs which are responsible for waste removal and excretion. The strong laxative effect of the castor oil helps to get rid of the extra fluids and water retained.

Intake of the castor oil makes you run to the bathroom and stay there for a long period as to empty all the liquids from the body.

This gives the false impression that of losing weight.

Castor oil only helps in losing the water content of the body and leaves the fat content as it is. The oil is not effective in reducing weight for the long term.

What does this mean? Castor oil stimulates the body to get rid of extra water, leaving the fat as it is. This means that the castor oil is only effective in losing weight for shorter time.

The ability of castor oil to burn the fat is generally overlooked over its other benefits. The castor oil contains a fat burning component, which converts fatty acids to vitamins and minerals.

Another study has shown supplementation of linoleic acid for 24 months decreased bone mineral mass significantly in overweight people and also reduced weight in the long-term.

What does this mean? Conjugated linoleic acid, found in small amount in castor oil is responsible for decreasing bone mineral mass.

4. Helps in prolongation of hypoglycemic effect.

The castor oil can act as a co-emulsifier with poly (lactic-go-glycolic acid). Both of these, when administered together, can increase the sustained hypoglycemic activity from 12 to 36 hours and 24 to120 hours in normal and diabetic mice.

Further, these can be used in entrapment of insulin as nano-particles, which can prolong hypoglycemic time.

The hypoglycemic activity can reduce the extra weight gain to an extent in diabetic people.

What does this mean? This means the castor oil can be used along with poly (lactic-go-glycolic acid) to prolong the hypoglycemic effect of insulin which can further reduce in gaining excess weight.

The dosage of the oil for internal consumption depends upon the purpose of the intaking the oil. The oil also varies with age, gender, any medical condition, and tolerability.

Few studies have suggested consumption of a teaspoon once a day, empty stomach by an adult can show positive effects on health.

For children, it is half a teaspoon, once daily. But make sure to consult a doctor before giving it to children.

A study has on animals (rat) has shown castor oil at concentrations up to 10% in their diet was not toxic, whereas undiluted concentrations have shown some kind of ocular toxicity. Hence the oil is low in terms of toxicity.

It can be consumed empty stomach.

The oil can be either consumed directly or consumed with any recipe prepared from it like – castor oil and ginger tea, Castor Oil and Cranberry Juice etc.

Castor oil is also available in capsules and liquid forms.

Apart from oral consumption of the oil, it can be topically applied. Tablespoon warmed oil can be applied on the abdomen.

This helps in burning the excess fat around the belly. It can tighten the skin and prevents stretch marks and sagging skin.

Animal studies have revealed that pure castor oil can be severely irritating to the exposed region of the skin. Severe irritation may result in a rash or hives.

Castor oil is beneficial, but needs to be used cautiously as improper use of castor oil can result in health problems.

Before including castor oil in the routine diet, for weight loss, the physician or the doctor must be consulted.

People allergic to castor oil should avoid its use as soon as possible.

Topical application may result in rashes, itchiness, and difficulty of breathing if allergic to castor oil.

Pregnant and lactating mothers should avoid the use of castor oil.

Consistent consumption of castor oil laxative for longer than a week may cause health complications such as long-lasting constipation and loss of intestinal function.

Castor oil can help in the reduction of weight to some extent by acting as a detoxifying agent and stimulating metabolism.

It is also known to remove excess retained water from the body, which makes one feel lighter.

Moreover, it can reduce inflammatory markers and can prolong the hypoglycemic effect.

The oil should be consumed cautiously as it a strong laxative agent and can cause diarrhoea and related adverse effects.