Water accounts for 75% of body weight in infants and 55% in adults.

What makes it so important, is that water helps strike a balance of minerals and salts in our body, impairment of which can lead to improper functioning.

Dieticians should chalk out a fluid intake plan for all the clients.

Does Water help in Weight loss?

We have heard a number of weight loss remedies with regards to drinking water, such as drinking hot water leads to weight loss.

Let's find out if such remedies hold any merit.

1. The connection between water intake and body weight

Adequate water intake has a beneficial effect on energy levels in the body and metabolism.

This, in turn, regulates the fat metabolism and deposition.

Research states that this property of water can help in curbing obesity by increasing muscle mass and reducing body fat.

Review of studies investigating the effect of water consumption on body weight outcomes led to the conclusion that water has a weight reducing effect with increased consumption in individuals opting for weight loss and maintenance.

What does this mean? Increased water consumption is associated with better weight loss results. 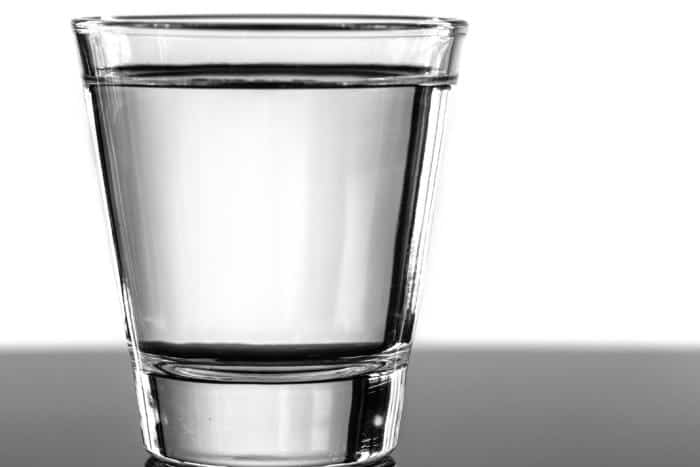 As a part of a study, healthy individuals were asked to drink 500 ml water and its effect on metabolism was studied.

Drinking 500 ml water increased the metabolic rate by 30% and this effect lasted up to 30-40 mins after consumption.

In men, lipids (fat-like compounds) were utilized as a form of energy whereas in women carbohydrates were utilized.

It was concluded that drinking 2 litres of water per day can increase energy expenditure by 400kJ.

Consuming the recommended daily amount of water can boost metabolism to cause weight loss of 1.2kg per year in children.

Though a non-significant outcome, this suggests that water consumption can aid in weight loss or maintenance.

But not all researchers agree. In contrast to this idea of water boosting metabolism, a study reports that water consumption has no effect on energy expenditure.

What does this mean?   The idea that water boosts metabolism is debatable.  .

3. Is water better than other beverages in promoting weight loss?

Sweetened beverages are loaded with calories.

Reducing the intake of such drinks can help reduce your calorie intake.

Research states that replacing such drinks with just water can help reduce overall calorie intake up to a decrease of 200kcal/day over 12 months.

What does this mean? Replacing calorie dense beverages with water is a healthy option to promote weight loss.

Many studies suggest that consuming water prior to a meal can help in losing weight due to reduced food intake.

A clinical trial was conducted in Virginia, the USA to investigate whether consuming 500 ml water before a low-calorie diet for 12 weeks leads to weight loss in overweight/obese middle-aged and old adults.

The idea behind this study was that water consumption reduces subsequent food intake.

Indeed the water group showed a 44% greater decline in weight than non-water group and this group also had reduced calorie intake.

Researchers concluded that water when combined with low calorie diet, can lead to greater weight loss than low-calorie diet alone.

Interestingly another study proves that pre-meal water consumption promotes weight loss only in older adults and not in younger populations.

Results of a study in which beverage consumption habits of overweight dieting women were recorded, indicated that increased water consumption did promote weight loss in this group irrespective of diet and activity.

A study conducted in India reports that drinking excessive water that is around 500 ml thrice a day before meals lead to a significant reduction in body weight, body fat and reduced appetite in overweight females.

What does this mean? Consuming water before meals can serve as a weight loss strategy as it promotes satiety and reduces subsequent food intake.

A research study indicates that consuming water prior to a low-calorie diet can help middle-aged and older individuals lose weight.

Interestingly another study reports that water ingestion does not promote weight loss in young adults (19-21 years).

This indicates that there could be age-related differences in the ability of water to reduce energy intake.

What happened in the study?

Calorie restriction of 1200kcal for women and 1500 kcal for men was distributed among 3 daily meals.

The study spanned over 12 weeks. Body weight and meal energy intake were recorded regularly. Participants were instructed to maintain their current level of physical activity.

What was the outcome?

Weight loss was significant in both groups at the end of 12 weeks however water group showed 44% greater decline in weight than the non-water group.

The decline in total fat mass was greater in the water group.

Reductions in BMI, waist circumference, cholesterol, and other metabolism-related parameters were seen in both groups but no significant differences were observed.

How did this occur?

Consuming water prior to a meal or with a meal increases satiety and reduces hunger sensations.

Energy containing drinks in the diet was replaced with water to further reduce the calorie intake.

This means that water does aid in weight loss when consumed 30 minutes prior to a hypocaloric diet.

However, this study observes this effect only in old and middle-aged obese individuals.

Apart from helping with weight loss, regular consumption of water can help flush out toxins and hydrate the system.

It is important to remember that weight loss by water consumption is only possible when combined with a consistent low-calorie diet.

We evaluated several ways water is known to promote weight loss. The idea that water intake boosts metabolism is still not concrete.

But a few others do hold merit.

Drinking 500ml water half an hour before low-calorie meals can do the trick.

This is because water consumption can curb your appetite and reduce subsequent food intake.  Also its advisable to replace sweetened beverages with water.

Nevertheless, drinking water, generally, 8-10 glasses per day is vital for a healthy balance of all body processes.

READ THIS NEXT -
Brown Fat And Weight Loss: The Scientific Truth
5 Evidence Based Side Effects Of Sudden Weight Loss
Can Nigella Sativa Help In Weight Loss?
5 Proven Benefits of Basil Seeds (Tukmaria) For Weight Loss
15 Worst Foods For Your Weight Loss Efforts
Lipase Inhibitors: How They Work? Best Natural Ones