So we are already aware of the profound belief that weight loss supplements don’t work in the long term and we should stick to old school methods of losing weight.

And that would be practically possible if we were motivated enough.

Don’t they sell motivation in a pill? Supposedly they do and it goes by name L-tyrosine.

Amino acids are small units that combine together to form proteins. There are 22 amino acids. One such amino acid is L-tyrosine.

There are 3 different structure of tyrosine, L-tyrosine being the one that is commonly found.

Our body produces tyrosine from phenylalanine.

This compound serves as a precursor to various brain chemicals and imbalance of these chemicals can lead to brain related disorders like depression.

Tyrosine brings about the following functions in our body:

Tyrosine can be potentially used as an antidepressant.

Our body produces sufficient tyrosine unless in cases of metabolic and genetic defects like phenylketonuria where the metabolism of phenylalanine and tyrosine may be affected.

There are no clinical trials which prove that tyrosine supplementation causes weight loss in humans. Tyrosine can have indirect effects on body weight and we will go over the studies that reflect this point.

A weight loss supplement containing caffeine, tyrosine, capsaicin, and catechines was studied for its effect on body weight and fat loss.

The supplement caused thermogenesis (conversion of energy derived from food into heat) and brought about a slight reduction in body fat.

Since a number of components are present in this supplement you cannot conclude that tyrosine also causes weight loss and increases metabolism.

What does this mean? One clinical trial shows that a weight loss supplement containing tyrosine and other thermogenic agents raises metabolism and causes slight loss of body fat.

As I have mentioned previously, tyrosine is required for the production of brain chemicals. Phenylalanine is converted to tyrosine which is further converted to levodopa.

This is converted to dopamine(a brain chemical) from which epinephrine and norephinephrine (adrenaline and noradrenaline) are developed.

Adrenaline and noradrenaline are fight and flight hormones which are involved in lipolysis and fat mobilization.

They also perpetuate other weight regulating states such as thermogenesis and ketogenesis.

Considering that you require tyrosine to produce these chemicals, it can be said that tyrosine indirectly affects fat loss, eating behavior and obesity.

What does this mean? Tyrosine can increase the level of brain chemicals and fight or flight hormones which help in breakdown of fats. Also it can help alleviate stress and depression which can serve as a risk factor for weight gain.

Tyrosine is found to prolong the effect of appetite-reducing drugs.

For example, this study shows that l-tyrosine strengthens the appetite-reducing effect of the drug phenylpropanolamine.

On the other hand, another study shows that tyrosine improves food consumption in the condition of activity-induced anorexia (extreme weight loss caused by restricted diet and excess activity).

What does this mean? Studies investigating the effect of tyrosine on appetite demonstrate confusing and results, but they say that it can increase the effect of appetite reducing drugs. 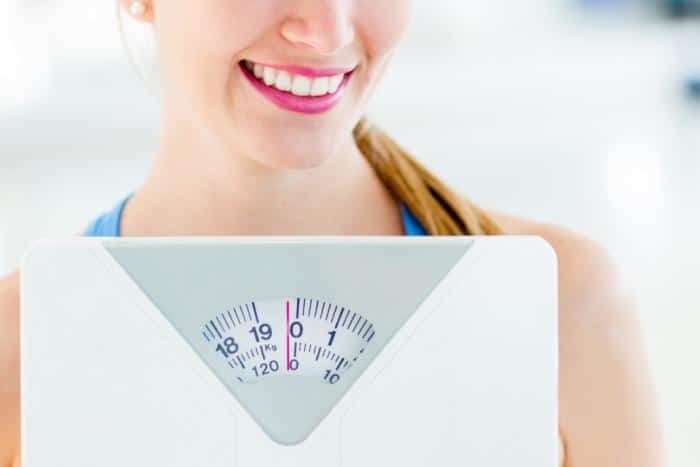 Enzymes involved in tyrosine metabolism can aid in treating obesity

Adipogenesis or fat cell development is a process that is regulated by different biological targets.

It is thought that modulating the activity of these enzymes can help treat obesity.

For example, protein tyrosine phosphatase negatively influences the activity of insulin and is said to play a role in development of insulin resistance a condition that can lead to weight gain and hamper glucose metabolism.

Inhibition of this enzyme can help treat obesity and diabetes.

What does this mean? Enzymes involved in tyrosine metabolism are said to affect fat cell development and insulin activity and because of these findings inhibition of these enzymes can help in treating obesity and diabetes.

It can regulate body weight by affecting thyroid

Tyrosine aids in the production of thyroid hormones. Iodine combines with tyrosine and a number of steps of chemical synthesis are involved which finally give you thyroxin and tri-iodothyronine.

The thyroid gland is the principal organ involved in the metabolism and burning of fat stores. Thyroid hormones affect 30% of our resting energy expenditure and they also regulate appetite.

Tyrosine can improve the functioning of the thyroid gland which can regulate body weight.

What does this mean? Tyrosine is required for synthesis of thyroid hormones and proper functioning of thyroid can ensure healthy metabolism.

Note: As far as scientific evidence is concerned, there is no concrete proof that can prove that tyrosine causes weight loss. Tyrosine has indirect effects on body weight but that does not mean that one would require supplementation unless one suffers from tyrosine metabolism defect.

There is no such recommended dose of tyrosine for weight loss.

Tyrosine can cause migraine headaches and stomach upset.

Individuals suffering from hyperthyroidism and Graves disease should not take tyrosine supplements.

Tyrosine can have drug interactions with the following:

Tyrosine is a non-essential amino acid, so normal individuals do not require supplementation as our body produces enough of it.

There is no clinical evidence available that proves that tyrosine causes weight loss. So we would not advise taking tyrosine supplements for weight loss.

However, if you are stressed and feeling depressed because of your weight, tyrosine can help enhance your mood and keep you motivated in your weight loss journey.

Take tyrosine supplements only if advised by a doctor.