In the recent years, novel strategies and different approaches to treat obesity have been the prime focus of researchers.

These clinical researches require a complete and thorough understanding of the human body especially the digestive system.

The mechanism of metabolism and digestion are being widely studied, many studies suggest the exploitation of these mechanisms in different ways to bring about weight loss such as eating foods that boost metabolism which in turn burns more calories or consuming food items that suppress appetite, to name a few.

In the light of this Probiotics have become quite popular.

They are basically live cultures of bacteria and yeast that are good for our health especially the digestive system.

Let us investigate the use of one such probiotic drink ‘kefir’ for weight loss.

This brings us to the question: What is kefir? ,

Kefir is a fermented milk product.

It is generally made from either cow or goats milk, by adding kefir grains to the milk and letting it ferment for a night or so.

Once the milk starts looking clumpy it is filtered and the grains are left behind. The filtered milk is now ready to drink.

The word ‘kefir” is a derivative of the Turkish word that means ‘feeling good’. The kefir grains are actually cultures of bacteria and yeast that are available in the market.

Kefir milk is also commercially available so instead of preparing it one can also buy it from the market.

The nutritional contents of kefir remain pretty much the same as the kind of milk they are prepared in.

So, we can say that kefir is rich in proteins and calcium along with a few other vitamins.

The lactic acid bacteria- Lactobacillus convert the lactose present in the milk to lactic acid.

Therefore, kefir is somewhat like yogurt in taste but is a richer source of probiotics than yogurt.

However, its consistency is not the same as yogurts, it is thinner than yogurt.

Kefir was found to have anti-microbial, anti-inflammatory and healing activity along with anti-carcinogenic and hypocholesterolemic effects.

It also plays a role in stimulating the immune system.

4 Benefits Of Kefir In Weight Loss

The following are 4 ways in which kefir helps in weight loss and improves health:

Kefir is fermented milk. The fermentation process does not affect the protein content in milk.

It is a source of complete proteins and the whey protein present in it has an impact on body weight and adiposity through increased satiety.

Casein protein is another kind of protein present in milk, it has been known to delay the gastric emptying time, this makes a person feel full for a longer time.

Other epidemiological studies also suggest the consumption of dietary protein for weight loss and weight maintenance.

What does this mean? The proteins present in kefir might play a role in weight loss and weight maintenance by promoting satiety.

We all are aware of the health benefits of calcium mainly when it comes to bone health.

Recently it has been discovered that calcium present in the fat cells modulates the breakdown and synthesis of fat.

This suggests a potential role of calcium in weight loss strategies.

An experiment conducted on obese individuals concluded that in addition to a low-calorie diet, an increase in the dietary calcium uptake enhanced weight and fat loss.

Obesity has often been associated with certain disorders such as type 2 diabetes.

A study conducted to determine the effects of increased calcium intake on type 2 diabetic patients concluded that higher intake of dairy calcium enhances weight reduction especially among patients who had difficulty in adhering to weight loss diets.

But this was in the case of type 2 diabetic patients. in the case of normal overweight individuals, it was found that an increase in the dairy calcium brought about a reduction in the subsequent food intake.

What does this mean? Dietary calcium has been found to accelerate weight loss by increasing the breakdown of fat at the cellular level. Since kefir contains high amounts of calcium its potential role in weight loss can be suggested. 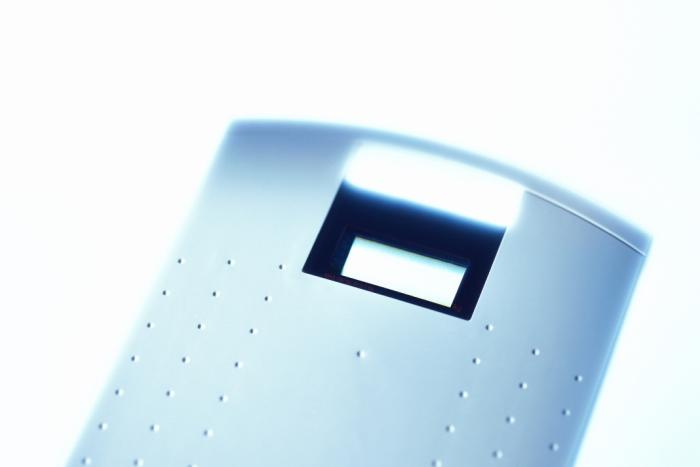 To understand this one must understand the role of intestinal microflora and the difference in their population and functions in obese and lean people10.

Intestinal microflora is important as ferment the indigestible dietary fibre, they play a role in the synthesis if certain vitamins like vitamin k and vitamin B, they also metabolise certain compounds and the dysregulation in them has been associated with a number of metabolic, inflammatory and autoimmune problems.

Intestinal flora has been known to affect body weight. There are various mechanisms suggested behind this.

One is that the intestinal flora in obese people shows more efficacy in absorbing energy than in lean people. Thereby, increasing the storage of energy and adiposity.

They bring about the fermentation of indigestible fibre and produce short chain fatty acids ( SCFAs). These SCFAs are regulators of food intake and satiety.

The fatty acids present in the tissue are also regulated by the intestinal microflora.

High-fat diet has influenced the composition of microflora that leads to the production of endotoxins such as lipopolysaccharide (LPS).

This LPS causes low-grade chronic inflammation that is the alt onset of obesity.

Therefore, the consumption of probiotics such as kefir brings about beneficial modulation in the population and composition of gut microbiota that in turn influences metabolism, body weight and food intake.

Animal studies suggested that supplementation of probiotics in mice on a high-fat diet brought about a reduction in weight gain and adipose tissue weight.

Another such animal study concluded that inclusion of probiotics in the diet brought about a 29 % reduction in food intake.

Kefir mainly contains different strains of lactobacillus bacteria and they have been found to enhance the loss of fat from the trunk and subcutaneous region as well as reduction in the body weight in overweight and obese individuals.

What does this mean? Probiotics present in kefir bring about weight loss by positively influencing the population and function of the gut microbiota. A healthy intestinal microflora population not only aids in weight loss but is an important factor in the overall maintenance of health and metabolism.

4. Kefir leads to a similar weight loss as milk

This is not a shocker as kefir is basically milk but with a larger population of microorganisms.

A human-based clinical trial was conducted to determine the effects of milk and kefir on weight loss.

After a trial period of 8 weeks, it was observed that people in Group 2 and 3 experienced significant and similar amounts of reduction in weight, BMI (body mass index) and waist circumference.

What does this mean? Milk and kefir bring about the same amount of reduction in weight. kefir, however, is a more powerful probiotic than milk and has added advantages on health.

How much Kefir to take for weight loss?

One serving of kefir per day, one glass per sse (6 oz), is great for digestive health and weight loss.

If taking it for the first time, start with smaller amounts twice a week so as to avoid any stomach issues.

Kefir is safe for consumption. Slight gastric discomfort or change in bowel movement is possible as it strengthens immunity and intestinal flora.

Avoid if allergic to milk.

A number of obesity treatments have been used by scientists and doctors, some were and are beneficial, while some thorough research was rejected due to adverse effects on health.

But, the primary treatment of obesity remains the same- Lifestyle modifications.

We can come up with ways to enhance weight loss along with lifestyle modifications, but we cannot follow these ways alone to lose weight.

Novel strategies that target and exploit the underlying factors of obesity such as metabolism and digestion are being investigated.

One such strategy is the manipulation of the gut microbiota. The function and role of gut microbiota have been discussed above and their role in the treatment of obesity is a thing of the future.

Consumption of probiotics is extremely safe; no adverse effects have been reported till date. Not only does the probiotic treatment help in losing weight but it also improves metabolic health.

It has been found to lower blood cholesterol and positively influence insulin sensitivity and glucose metabolism.

Kefir can also serve as a good substitute for people who are lactose intolerant as the lactose in the milk is fermented to lactic acid by the lactic acid bacteria present in kefir.

Therefore, its consumption is highly recommended for weight loss and overall maintenance of health.