Obesity or overweight is a potential healthcare problem affecting 39% of adults all over the globe.

It is characterized by excessive accumulation of fat in our body specially in the abdomen, waist and hip area.

A definitive way of achieving weight loss is proper exercise regime and well-planned diet. Mere weight reduction isn’t enough if we are unable to sustain it.

However there can be certain factors that go unnoticed and impede weight loss efforts.

Here is a list of common drugs that despite of being therapeutic have an undesirable side effect- weight gain.

This class of drugs is used as a treatment for type 2 diabetes. Hence, the name anti-diabetes.

It enhances the lipid profile and reduces the blood glucose level.

But a major problem of these group of drugs is their propensity of weight gain. As the majority of people suffering from type 2 diabetes are obese, this is a potential hazard.

This category includes a range of drugs like Sulfonylureas, Meglitinides, Biguanides, Glucosidase inhibitors, insulin analogs etc., the individual effects of each on weight gain are discussed later.

This category of drugs is used for enhancing the secretion of insulin from the pancreas of patients suffering from type 2 diabetes. They include 2 drugs sulfonylureas and meglitinides.

A trial illustrated this effect. A combination of sulfonylurea and metformin showed a 40% weight gain in a year.

Data analysis from 15 trials shows that meglitinides have greater weight gain propensity than metformin, 3 kg in 3 months to be precise.

This class of drug lowers blood glucose level. It is one of the foremost treatment for type 2 diabetes.

However, recently it has been associated with weight gain.

The weight gain associated with this drug can be lowered by low-calorie low sodium diet.

This class of drugs is the most effective anti-diabetic therapy. These are insulin analogs having similar function as naturally secreting insulin.

This includes reduced glucose formation in the liver and increased glucose uptake by the tissue thereby lowering the overall blood glucose level.

However, they are a potential cause of weight gain.

Analysis from 14 clinical trials illustrate that the efficacy of long-acting basal insulin analog is similar to naturally secreted insulin.

However, the weight gain potential varies between the two.

What does this mean? Evidences from the above studies points out in one direction that several varieties of anti-diabetic therapy has small to moderate amount of weight gain capacity. This is due to increased insulin secretion which leads to increased fat deposition.

These are glucocorticoids by nature which affects hormonal secretion from the hypothalamus, pituitary gland or the adrenal gland.

They are used as a treatment for inflammation. As they influence the hormonal secretion their prolong use can lead weight gain.

A year long study showed greater than 10% weight gain in one fifth of the patients (suffering from an inflammatory disease) treated with glucocorticoids (GC) .

Glucocorticoids has been known to enhance weight gain by over- expressing an enzyme in white fat cells.

A recent study showed this effect of Glucocorticoids can be greatly reduced by using a mineralo-glucocorticoid receptor.

This receptor binds to Glucocorticoids and considerably reduces its weight gaining potential.

What does this mean? From the above points it is clear that steroid hormones are potential cause of weight gain. This is due to their effect on appetite and expression of white fat cells.

This class of drugs is primarily used for different psychological disorders like schizophrenia, bipolar disorder.

Their potential area of the target are messenger hormones of the brain like dopamine, serotonin etc.

Their prolong use is associated with substantial weight gain. Drugs like clozapine and olanzapine are causes of weight gain.

Results were analyzed from weekly measurements of BMI.

A meta analysis from 307 studies of varying durations of 6 weeks, 16 weeks, 38 weeks and more than 38 weeks concluded that all antipsychotics causes weight gain.

A 3-5 week duration clinical study of 500-600mg of daily clozapine consumption showed a cumulative weight gain among 50% of patients.

What does this mean? Antipsychotic drugs have a very significant tendency of causing weight gain as a side effect in treatment of psychiatric disorders.This effect is because of increased appetite and food cravings.

This class of drug is used for the treatment of depression and anxiety. Their mode of action is by affecting the serotonin hormone secretion.

They have similar effects on the glucose and lipid profile of the body as shown by anti-psychotics but to a lesser extent.

On the contrary , fluoxetine and bupropion are associated with a smaller degree of weight gain.

What does this mean? This highlights the potential weight gaining capabilities of certain anti-depressants specially tri-cyclic anti-depressants. However their mode of action isn’t well illustrated. One school of thought is depression in some people causes weight loss due to excessive anxiety. These people when treated with anti-depressants gain weight. More or less these drugs affect brain chemicals which control mood and appetite simultaneously. 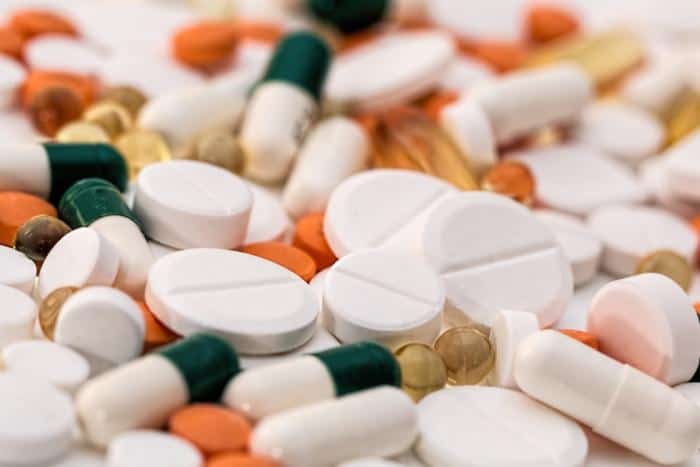 This class of drugs are designed as a treatment for epilepsy.

They have varying potential with regards to weight management.

Some causes weight gain while others are weight neutral.

Valproate, pregabalin and vigabatrin are the anti-epileptics responsible for weight gain.

6months study shows this valproate induced weight gain may be due to increased serum insulin and serum glucose level and an increased urge for food consumption.

Carbamazepine induced weight gain is due to increased food intake, overeating and fat deposition. All this resulted an increase of weight from 7 to 15kg in 2 months.

A 12 month trial shows gabapentin has moderate weight gain effect at the starting which normalizes after 6-9months.

In combination with other drugs, gabapentin causes greater weight gain.

What does this mean? Thus it is can be concluded from the above points that anti-epileptics cause substantial weight gain and should be avoided to a larger extent.This effect is due to increased level of fat deposition and increased hunger leading to over-eating.

These are drugs which mimics hormone signalling molecule epinephrine and norepinephrine which further leads to muscle and blood vessel constriction.

This class of drug used for blocking adrenergic receptors (receptors for a sympathetic nervous system like epinephrine, dopamine etc) and thus used as a cure for hypertension and prostrate hypertrophy.

Amongst the adverse side effects, the study talks about weight gain.

A gene study revealed that the presence of alpha adrenergic blocker genotype results in 10% more weight gain than in populations without this gene.

What does this mean? Alpha adrenergic blockers are drugs used to treat hypertension and prostate hypertrophy. They cause weight gain by affecting genes involved in fat metabolism.

These are drugs which bind to a type of adrenergic receptors called beta- adrenergic blockers.

They inhibit epinephrine, norepinephrine and other chemical messenger (molecules transmitting impulses between various components of the nervous system) of the sympathetic nervous system.

This class of drugs are used for hypertension and coronary heart disease treatment.

They can lead to 1-2kg of weight gain.

They cause a 10% reduction in metabolic rate which is the primary reason for weight gain. Most studies showcase a 1.2 kg weight gain.

A year long follow up study has found this weight gain effect is greater in non-edematous (accumulated fluids in cells and tissues) patients than in edematous patients.

What does this mean?
Beta adrenergic blockers are prescribed for cardiovascular problems and these can cause weight gain by interfering in the rate of metabolism.

Histamine is a nitrogenous compound released by our immune system when a foreign body attacks our body.

This is the primary cause of allergy.

Anti-histamines are compounds which bind to histamines and blocks their action.

This class of drug is used as a treatment for different types of allergies. Their target of action is the allergy causing blood component histamine.

However, some of them can cause weight gain.

H1 antihistamine is associated with obesity which can be seen as a greater hipline waistline and BMI measurement in persons availing those drugs.

H1 antihistamine causes weight gain by stimulating fat accumulation and appetite on the one hand and reducing the energy expenditure on the other hand.

What does this mean? Anti-histamines lower energy expenditure and enhance hunger and fat accumulation, thus leading to weight gain.

These are a few of the drugs that may serve as hidden agents in your lifestyle that are responsible for weight gain.

Its best to consult doctors for alternatives to these medications which do not cause as significant weight gain as these.

Change in dietary habits and regular exercise could also help in offsetting the weight gain caused by medications.

READ THIS NEXT -
An Evidence Based Guide To Choosing Healthy Fats
Sugar Consumption & Obesity: A Habit Or An Addiction?
CARBS: Tipping The Scales Towards Weight Loss
Glucomannan to Ful'Fill' Weight Loss Goals
5 Reasons Why Brown Rice is Great for Weight Loss
10 Effective Exercises To Lose Butt Fat For Women