Since decades anyone who has a so-called ‘weight problem’ has been imploring to God and all researchers to devise a magic pill that keeps us slim irrespective of what we eat.

And scientists have tried to answer this prayer by devising many pharmaceuticals and nutraceuticals but there is a not one pill that can be thought to be a miracle.

There are a lot of supplements in the market for weight loss which doesn’t seem to be that effective and this creates a haze in the general public that probably none of them work.

We generally advocate the use of natural elements as therapy and that’s what we are going to do today also.

We are going to present facts about a popular weight loss supplement arginine or L-arginine, which is a naturally derived amino acid.

Arginine is an amino acid. Amino acids are building blocks of protein.

Arginine is a semi-essential amino acid that is in healthy individuals the body produces adequate amounts of it.

However, infants or those with impaired health require it as a nutrient.

L-arginine is the most common one (the prefix L is to denote a specific structure).

Nitric oxide is a gas that carries out various biological functions such as improving blood flow, aiding in the functioning of the nervous system and serving as a neurotransmitter.

What Functions does Arginine Carry out in our Body?

We already know a lot about the health benefits of proteins, fruits, vegetables, minerals, vitamins etc.

But no one has ever told us specifically about any amino acid that is particularly good for us.

Here is what arginine does in our body:

Arginine is used in the treatment of heart disease, cholesterol, and blood pressure.

It is also used to treat sexual dysfunction, male and female infertility. It reduces insulin resistance in diabetes.

Does Arginine Help in Weight Loss?

Arginine is said to aid in weight loss by burning excess fat and improving muscle mass. And research studies support this idea. 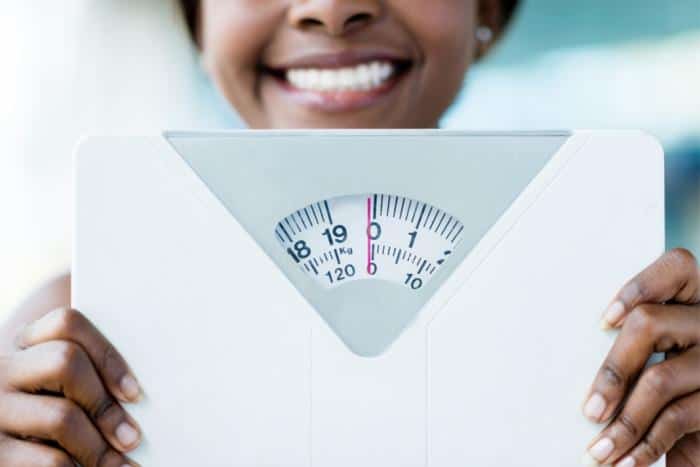 The one good thing about arginine is that it brings about healthy weight loss- that is it reduces fat mass while preserving or increasing lean mass.

The reason why arginine is so famous in athletes and bodybuilders is that it acts as an ergogenic aid- improves strength and exercise performance.

A study conducted on animals demonstrated that arginine led to weight gain by increasing muscle mass by 5.5% and fat content by 11%.

Combination of arginine and ornithine supplementation is effective in increasing muscle mass and exercise performance.

What does this mean? Arginine makes you lose only fat mass and not muscle mass. Instead it increases muscle mass.

2. It enhances nitric oxide levels that aid in weight loss

Arginine, as we mentioned previously aids in formation of nitric oxide and nitric oxide, has following implications on obesity and metabolic health :

What does this mean? Arginine is a precursor of nitric oxide- a gas that plays an important role in regulating blood flow. However it also prevents weight gain by modulating hormones and genes involved in fat metabolism.

An experimental study carried out on animals demonstrated that arginine supplementation specifically modulates the activity of genes involved in lipid metabolism in the skeletal muscle and white adipose tissue (a type of tissue that stores fat).

It was observed that arginine favored metabolism of fats by muscle and prevented accumulation of fats in fat tissue.

What does this mean? Arginine acts on a genetic level to inhibit fat deposition.

4. It promotes the development of brown fat

Scientists at Texas A&M have found out that arginine supplementation modulates the expression of genes in a way to prevent white fat development and promote energy expenditure.

Research suggests that arginine not only reduces the growth of white fat but stimulates the development of brown fat by activating precursors that aid in development.

These findings imply that arginine can boost metabolism and aid in treating obesity.

What does this mean?   Brown fat is a type of body fat that burns calories. Research proves that arginine consumption activates brown fat development.

5. It improves glucose and insulin levels

A good balance of glucose and insulin levels prevents deposition of carbohydrates as fats.

A clinical trial involving obese individuals showed that 3 months arginine supplementation at a dose of 9g per day reduced insulin resistance and inflammation.

Another similar clinical trial but an extended duration of 6 months showed that arginine supplementation at same dose brought about a significant increase in insulin sensitivity, improvement in mineral levels and reduced fat mass.

Another study reporting the favorable effect of arginine supplementation on a blood clotting disorder also reported its positive effect on insulin sensitivity.

6. It helps get rid of stubborn belly fat

One of the best benefits linked with arginine supplementation is that it effectively targets belly fat and gets rid of it.

In a clinical trial assessing the efficacy of arginine supplementation on abdominal fat in obese individuals, 20 subjects were recruited and given 3g of the supplement every day for 12 weeks.

Waist circumference decreased by 4 cm on an average and weight reduction of around 3kg was observed.

Also on statistical grounds, the results greatly suggested that this effect was due to arginine supplements only. No side effects were reported.

Arginine and selenium in combination with a low-calorie diet enriched with legumes is found to be effective in reducing central obesity and improving insulin activity.

What does this mean? Apart from overall fat loss arginine is found to specifically get rid of abdominal fat. A study reports a decrease of 4 cm in just 12 weeks.

In a 21 day clinical trial, obese individuals suffering from type 2 diabetes were recruited for a program which involved low-calorie diet and exercise training.

They were split into two groups: one which received arginine supplements (8.3g per day) and the other received a placebo.

A clinical trial was conducted where four amino acids (lysine, proline, alanine, and arginine) were given with or without the famous weight loss supplement- Conjugated Linoleic acid ( CLA).

This preparation was given prior to the exercise regime for 12 weeks.

At the end of the study, a significant decrease in waist and hip circumferences was observed.

However, another study shows that arginine and CLA do not have an additive effect but individually they influence fat tissue metabolism.

The anti-obesity effect of a mixture of thiamin, arginine, caffeine, and citric acid was evaluated.

The mixture in addition to a low-calorie diet or as a tea beverage can reduce the development of fat tissue, liver fat and improves insulin activity.

Also, the combination of caffeine and arginine was found to extremely effective in preventing fat deposition.

A mixture of amino acid containing arginine, alanine, and phenylalanine was tested in a clinical trial for their effectiveness in oxidising fat.

10 healthy male volunteers were recruited for the study and were given 3g of the amino acid mixture prior to exercise.

It was observed that amino acid mixtures given prior to exercise increased fat oxidation.

What does this mean? Arginine potentiates the effect of regular weight loss techniques. Arginine works well in combination with other amino acids to reduce weight. A study shows that arginine and caffeine combination strongly prevents fat deposition.

Let’s take a quick recap of how arginine aids in losing weight:

If you are already consuming the following foodstuffs in decent amounts, you don’t need to bother taking arginine supplements.

L-citrulline- a source of arginine

Citrulline is a non-essential amino acid like arginine. Naturally, it is found in watermelon, cucumbers, and cantaloupe.

It is taken in combination with arginine or even alone as it does the same function as arginine- raises nitric oxide levels which in turn have many biological implications.

Citrulline is a precursor of arginine. Arginine is not easily available to the body as it is degraded by enzyme arginase in the intestines and liver.

Citrulline, on the other hand, escapes the degradative enzymes in the digestive system and is converted to arginine later.

Therefore some recommend taking L-citrulline either alone or in combination with arginine at a dose of 6-8g citrulline malate.

What does this mean? L-citrulline is the precursor of arginine and is preferred due to its better absorption rate compared to arginine. It can be taken along with arginine.

Arginine supplementation is generally advised only in case of impaired health.

Clinical studies focus on arginine’s use for weight loss have administered a dose between 5g – 9g a day, 3g thrice daily being the most common way of taking it.

When taken in excess, which would be around 10g or more, arginine can cause side effects like diarrhea, gastrointestinal problems, allergies, blood abnormalities, worsening of asthma and low blood pressure.

Certain conditions in which you should avoid arginine are:

Adequate scientific evidence is available to recommend arginine supplement for weight loss, but the investigation in the form of clinical trials testing its efficacy would further confirm its role.

Arginine supplements are advised only in case of health issues.

We would suggest includingarginine-richh foods in your diet especially the ones high in proteins since proteins are good for weight loss.