Krill oil is an excellent source of omega-3 fatty acids known to have anti-inflammatory, cardiovascular and many other benefits.

Studies show that this oil can prove as an effective supplement for a weight loss program.

Changing lifestyle and eating patterns have made it harder for today’s generation to maintain healthy body weight.

Increased weight can have detrimental consequences not only for our health but also our social and emotional well-being.

Foods we eat, play a vital role in maintaining the body weight.

As per studies, some foods not only prevent weight gain but can also prove beneficial in losing some extra pounds.

Krill oil is one such food which is gaining popularity due to its health-benefitting effects in treating inflammation, arthritis, neurological diseases and obesity.

Before going into details as to how it helps in weight reduction, let us know more about this oil.

What is Krill Oil?

Krill oil is extracted from Euphausia superb, a species of Antarctic krill. Krill is a small crustacean similar in appearance to shrimps and feeds on marine algae.

Krill oil is rich in omega-3 fatty acids and phospholipid-derived fatty acids (PLFA), which have been proven to benefit from cardiovascular ailments, inflammation and other disorders.

The oil derives its red colour from the antioxidant astaxanthin which is also present in considerable amounts.

Here are the many ways in which Krill oil can be linked to weight loss.

Krill oil contains the omega-3 fatty acids and is more bioavailable than fish oil. It has a positive impact on the metabolic profile of an individual. It reduces the levels of lipids and glucose in the body. It can also modulate inflammation, oxidative stress and gut microbial population, which are reported as markers of obesity. 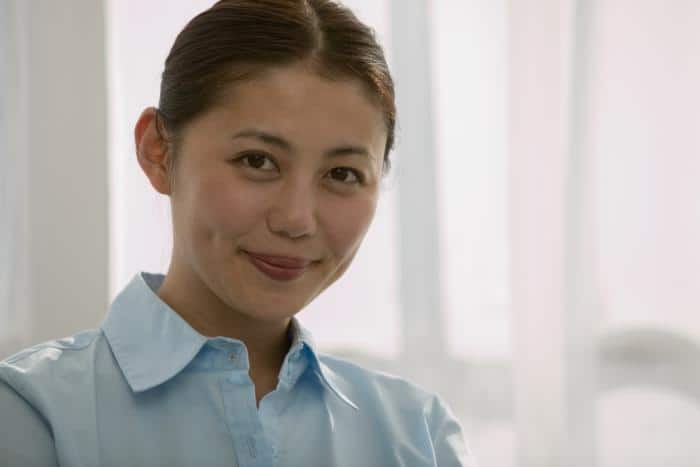 Fats are required by the body to perform various functions and maintain cell structure. However, some fats may be harmful to health. A high-fat diet can lead to hyperlipidemia, obesity, diabetes and increase cardiovascular risks.

Therefore, it is crucial to choose the type of fats we eat sensibly.

Krill oil contains one of the healthiest classes of polyunsaturated fatty acids, the omega-3 oils. Of these, Eicosapentaenoic acid (EPA) and Docosahexaenoic acid (DHA) are the primary fatty acids.

Unlike some other oils, these fatty acids do not disrupt the metabolic profile, create an imbalance in the lipid levels or cause weight gain. Therefore, they are considered good for health.

The fatty acid composition of Krill oil is quite similar to fish oil which is famous as an excellent health supplement.

However, as per some studies, Krill oil may be even better than fish oil, as it is more bioavailable than the latter. Consumption of krill oil increases plasma levels of EPA and DHA more readily than fish oil.

What does this mean? Krill oil contains the same healthy omega-3 fatty acids found in fish oil and with better bioavailability. The oil does not disrupt lipid levels and promotes heart health.

The improper concentration of lipids in the body is linked to the development of obesity and other diseases.

Excess triglycerides and LDL-cholesterol end up getting stored in the body (in arteries, adipose tissues, and liver) as plaques or body fats.

On the other hand, HDL-cholesterol helps in elimination of these excess fats.

Several clinical trials have reported that supplementation with oil leads to an improvement in the overall lipid profile.

On the other hand, it increases the levels of beneficial HDL (High-Density Lipoprotein) – cholesterol.

A study published in the Journal of Nutrition and Metabolism explains the mechanism behind this lipid-lowering effect of krill oil.

It states that krill oil suppresses the expression of genes responsible for the synthesis of cholesterol and lipids.

These effects have been proven in individuals with increased body weight and lipid levels and also in healthy subjects.

What does this mean? Krill oil reduces triglycerides, total cholesterol, LDL-cholesterol and increases the useful HDL-cholesterol. This prevents accumulation of fats in the body.

Glucose is essential for producing energy. However, if more energy is generated than expended, the extra calories or excess glucose is stored in the body in the form of fats.

This, in long-term, can increase the body fat, weight, insulin resistance, obesity, and diabetes.

Krill oil has been reported to have a positive impact on the metabolic profile. It decreases not only lipids but also glucose levels in the blood. It speeds up glucose metabolism and increases glucose tolerance.

What does this mean? Krill oil improves glucose concentrations and tolerance. This prevents the excess glucose from being deposited as fats.

Burning extra calories and the fat deposited in the body accelerates the weight loss process.

Krill oil has been shown to promote the burning of excess body fat accumulated due to the consumption of a high-fat diet.

It speeds up fat metabolism by stimulating the biochemical and metabolic pathways involved in the breakdown of fats.

The oil, rich in omega-3 fatty acids could increase the metabolic rate, fat oxidation, and energy expenditure. Triglycerides, the extra calories that get stored in fat cells are also decreased by these oils.

What does this mean? Krill oil increases the metabolism and breakdown of fats which then reduces fat deposits in the body.

Recent findings suggest that krill oil supplementation may help in the prevention of body weight gain by correcting metabolic abnormalities.

A study further reports that when krill powder (containing 61.8% krill oil) was given to obese subjects as a supplement, it resulted in a decrease in the waist-to-hip ratio and the visceral fat-to skeletal muscle mass ratio after 6 months.

The fatty acids present in krill oil have also been shown to decrease hunger sensations and modulate satiety in overweight individuals during their weight loss program.

These omega-3 fatty acids have been reported to assist in weight management and prevention of obesity.

What does this mean? Consumption of krill oil may decrease body weight gain and the risk of obesity.

Inflammation and oxidative stress have been found to contribute to weight gain and obesity.

Overfeeding and excessive intake of nutrients may trigger inflammatory responses in adipose tissues, liver, and muscles.

Increased levels and activity of several inflammatory mediators have been found in obese individuals.

Long-term prevalence of inflammation and absence of adequate antioxidants may also create oxidative stress that starts damaging tissues and leads to other obesity-related disorders like diabetes, heart and liver diseases.

It can suppress the inflammatory response by lowering the substrates required for the formation of inflammatory molecules.

This may reduce inflammation levels and metabolic dysfunction in obesity.

In a study, 25 obese subjects treated with krill oil reported improved lipid parameters and decreased levels of C-reactive protein, which is a vital marker for inflammation.

What does this mean? Krill oil helps in tackling inflammation and oxidative stress associated with obesity.

Human gut comprises of several bacteria that actually assist in digestion and absorption. The composition of the gut microbiome is linked to the occurrence of metabolic abnormalities like hyperlipidemia and obesity.

Studies have shown that krill oil has the ability to modulate the populations of some bacteria found in the gut, and thus, could indirectly contribute to weight management.

In one such study, for instance, the Lactobacillus species of bacteria, which is usually increased after consumption of high-fat diet, was decreased to the initial concentration, post krill oil treatment.

On the other hand, the concentration of other bacteria that help in lowering lipid levels was increased.

This may also be one of the ways in which krill oil helps in maintaining a healthy lipid profile.

What does this mean? Krill oil modulates bacterial composition in human gut which is related to the occurrence of obesity.

In addition to aiding in weight management, krill oil can prevent several complications and disorders associated with obesity.

It reduces levels of triglycerides and cholesterol in the liver which prevents fat accumulation, hepatic steatosis and non-alcoholic fatty liver disease (NAFLD).

It can also improve sperm quality and function which can ameliorate male infertility in obese individuals.

What does this mean? Krill oil prevents cardiovascular, liver, sperm and glucose abnormalities which occur due to increased body weight.

The dosage of Krill Oil for Weight Loss

There is no specific dosage of krill oil for weight loss. Krill oil is not an established treatment measure. However, regular intake has proven to improve health parameters.

Krill oil can be taken as a supplement to the regular diet. Supplements are usually capsules containing krill oil or krill powder (contains oil + proteins).

Capsules are usually the best way to take krill oil. This eases the intake and helps one avoid the fishy taste and belching.

There is insufficient evidence to state if krill oil can be supplemented for regular oil use. However, this may not be possible as krill oil is relatively expensive and rare.

As evident from some clinical trials, the general tolerated dosage is 1-3g day for an improvement in lipid levels.

The dosage depends on age, health status and purpose of intake. Therefore, it is advised to consult with a healthcare professional before including krill oil in your diet.

Precautions to be taken

Krills are harvested from sea and ocean bodies, and thus, chances of chemical and heavy metal intoxication cannot be ruled out. Therefore, make sure krill oil used is pure and of good quality.

Krill oil, due to its omega-3 fatty acid content, has anti-coagulating effects and thus can slow blood clotting.

This is the reason why people with bleeding disorders and those who are going to undergo surgery should limit krill oil intake and consult with a doctor.

There is inadequate evidence regarding the safety of krill oil used in pregnant and breastfeeding women and children. Hence, it is imperative to seek medical advice in such cases.

However, high doses are not recommended concomitantly with blood-thinning medicines.

Krill oil contains omega-3 fatty acids and is more bioavailable than fish oil. It has a positive impact on the metabolic profile of an individual.

It reduces the levels of lipids and glucose in the body.

It can also modulate inflammation, oxidative stress and gut microbial population, which are reported as markers of obesity.

The inclusion of krill oil in the diet is beneficial for weight management and prevention of obesity.