Our blood group also determines so many facts- how the body reacts to the food we eat, what is the best suitable diet that can help you lose weight and what could you eat or refrain from eating to keep those increasing pounds in check!

A new diet gained popularity amongst those trying hard to shed those extra pounds- the blood type diet.

It is also called the Blood Group Diet and was introduced long back, in the year 1966 by naturopath and physician, Peter J. D'Adamo.

He explained that the blood group of a person is responsible for the correctness of diet for every individual.

Since our blood groups are influenced by those of our ancestors, they form the basis of the evolution, especially of the diet upon which our ancestors thrived upon.

What Should You Eat on Blood type Diet For Weight Loss?

Here is a list of what all the different blood groups must consume and avoid, to achieve a maximum drop in the pounds. 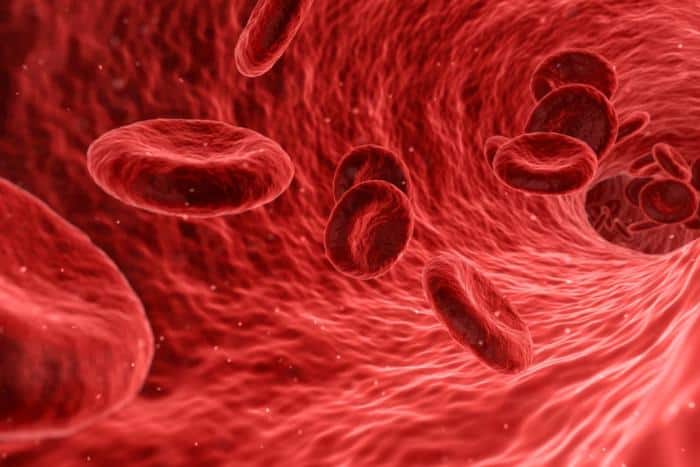 Red meat has also been known to have a negative impact on the body as many studies suggest.

Red meat was found to reduce insulin sensitivity in the case of an animal study.

Insulin sensitivity is required for the proper utilization of glucose and preventing the onset of diabetes which ultimately leads to obesity.

Red meat consumption has also been linked to cardiovascular diseases as well as mortality. Processed and unprocessed meat also increased the chances of developing type-2 diabetes.

Since the people with the blood group “A” are advised to stay on a diet that consists of plants, you must know that even a vegetarian diet helps in weight loss.

A vegetarian diet was found to improve cardiac as well as respiratory fitness in athletes as compared to those athletes which consumed a combination of vegetables and meat in their diet.

Hence abnormalities in the lipid levels can be tackled with the help of such diets.

As compared to omnivorous diets, vegetarian diets were more beneficial if taken for a duration of at least six months.

They lower the triglyceride levels in the blood and also prevented the occurrence of diabetes.

What does this mean? People with Type-A diet should consume more of plant-based food (that is, vegetables) and less of animal-based food.

People with blood group B can consume vegetables as well as meat. However, they must exclude pork and chicken.

Chicken consumption led to a rise in the BMI (Body mass index- the amount of fat present in the body) and also a long-term weight gain in both the genders, higher in the case of women.

Apart from this, pork consumption not only leads to weight gain, but it also results in an increase in the inches on the waistline and on the abdomen.

People from Type B blood group should also avoid consuming wheat because of the carbohydrate content in it.

Wheat also consists of a compound called “gluten,” which is a mixture of various proteins which contribute to weight gain.

It causes fat cells and tissues to reduce their thermogenic capacity, which is the capacity to burn fat to increase the release of energy.

Moreover, tomatoes, corn, and lentils must be avoided as well.

Corn consists of a sugar (fructose) which plays a big role in the formation of fat in the body, especially around the organs present in the abdomen (visceral fat).

Fructose causes a rapid weight gain and the body stores this excessive fat in the liver. Intake of high-fructose corn syrup must also be avoided.

Also, a cup of lentils consists of about 230 calories, hence consuming more of them may lead to subsequent weight gain.

What does this mean? The people with Type-B blood group can consume both vegetarian as well as non-vegetarian foods excluding pork and chicken, lentils and corn.

The diet to be consumed by those with the blood group AB is a mixture of the diets taken by blood groups A and B, both.

Foods including dairy, grains, beans, tofu, and seafood can also be taken.

A study published in “The International Journal of obesity,” 2008 reported that when subjects consumed a diet rich in seafood as well as fish oil had their triglyceride (bad cholesterol) levels reduced.

Including fish in the diet for 16 weeks was observed to improve abnormal lipid levels as well as the glucose-insulin metabolism in obese and hypertensive patients.

Since fish is rich in omega-3 fatty acids, it can tackle the problems associated with high triglyceride levels and also increase the high-density lipoprotein cholesterol in the blood (which is the good cholesterol).

Tofu is made by the coagulation of soy milk (produced with the help of soybeans). Soy was found to reduce the blood glucose levels as well as body weight.

In an animal study, soy helped in the reduction of liver triacylglycerol and body weight. It was found to help with obesity

Soy protein was also found to lower cholesterol levels and is hence capable of treating obesity.

Consumption of corn, chicken, beef and kidney beans should be kept at bay. Kidney beans also have a lot of calories- every half cup consists of a good 310 calories.

Hence, intake should be restricted by those trying their best to lose weight.

What does this mean? The people with type AB blood group must consume seafood, tofu, and dairy, but stay far from beef, kidney beans, corn and chicken.

People with “type O” blood group must consume a diet rich in animal protein such as fish, meat, and poultry.

They can also consume certain vegetables. However, the diet must be restricted when it comes to dairy, legumes, and grains.

A study reported that when subjects consumed a diet restricted in carbohydrates, there was a reduction in body fat and lean mass increased.

They prevent the onset of type-2 diabetes and also influence the body weight of women during pregnancy in such a way that obesity does not make its way and set into the body of the offspring.

Animal proteins, especially those present in pork meat, have a higher and longer satiating effect as compared to carbohydrates.

It also raises energy levels. People on vegetarian diets tend to have lower levels of iron as compared to those consuming non-vegetarian diets. Women tend to be more affected because of this reason.

However, care must be taken and serum ferritin levels should always be kept in check as high levels of iron in the blood increase the risk of contracting diseases such as type-2 diabetes.

What does this mean? The people with “Type-O” blood group should consume a diet rich in animal protein and concentrate more on poultry and meat and less on vegetarian diets.

What is the science behind Blood Type Diet and Weight Loss?

How does the blood type diet affect our health? How can blood groups be related to diets? The link between these two has been found to be proteins known as lectins.

These proteins are plant-based and cause the particles inside some cells to clump.

Lectins also have the capacity to bind sugar molecules. They may also cause hindrance to the absorption of few nutrients in the body.

How? As we consume particular foods which consist of lectins, they would react to the lining of our gut and thereby become a barrier to the absorption of nutrients.

The Blood Diet Theory explains that different kinds of lectins are responsible for the targeting of different blood group types.

If a particular diet is taken that contains lectins that are incompatible with our blood type, the lectins can target a particular organ or an entire organ system of our body and begin with their interaction with the associated cells.

It was observed that beans, called “raw lima beans” interact only with the red blood cells of people with the blood group “A.”

Once the interaction starts, it results in the clumping of cells. A mass of cells can cause major obstructions if formed in ducts, passages or blood vessels in our body.

This, in turn, can obstruct the flow or movement of blood and other substances (such as wastes and food) in the body.

Some cases, however, can be taken care of, such as those concerned with “legumes”- as when legumes are soaked (and later cooked), most of their lectin content is destroyed, especially the harmful one.

A study was conducted, in which, when Type- A diet was taken, it resulted in lower blood pressure, lower cholesterol levels as well as a lower BMI. Type-AB diet had the same effect, excluding waist circumference and BMI.

According to a review, 16 studies were taken into account to find out if the ABO blood group system diets work.

However, all these studies did not show any significant effects of the diet on health.

What does this mean? Very few research studies have investigated the effect of blood type diets on weight loss; Blood type diet is not clinically proven to cause weight loss.

The blood type diet may not have many studies proving its effectiveness; however, all the diets have their benefits.

If accommodated and consumed in a wise, routinely manner, these diets can be very beneficial for the body, as they are not inclusive of any junk or processed foods, or foods high in sugar content.

Feel free to browse the website for more evidence-based reviews of diets and exercises that help in weight loss.