World Health Organization (WHO) defines obesity and overweight as the abnormal and unnecessary accumulation of fat that may impair health.

The obesity in adults can be attributed to diet, behaviour, heredity, family history and drugs. [1]

Recent WHO study reported that the 13% of the adult’s world population is obesity stricken and 39% are overweight. Out of which 38% of men and 40% of women are overweight. [2]

What is flaxseed oil?

Flaxseed or Linumusitatissimumis one of the oldest crops known to be cultivated. Every portion of the Flax plant can be utilized commercially either directly or indirectly.

Besides used in the fabrication of clothes and paper, flaxseed is popularly consumed as food by humans.

Due to its therapeutic and nutritional properties of the flaxseed oil, biological research has drawn its attention towards it.

Flaxseed oil is a deep, golden oil with a nutty flavor. It is an economical and rich source of short chain polyunsaturated fatty acids ( PUFA), ω-3 fatty acid, α-linolenic acid (ALA), both soluble and insoluble fibers, phytoestrogenic lignans and a variety of proteins and antioxidants [3][4][5][6].

Of all the fatty acids, α- linolenic acid is the major fatty acid constituting from 39. 00 to 60.42 %. It also contains anti-oxidant like tocopherols and beta-carotene [7]. 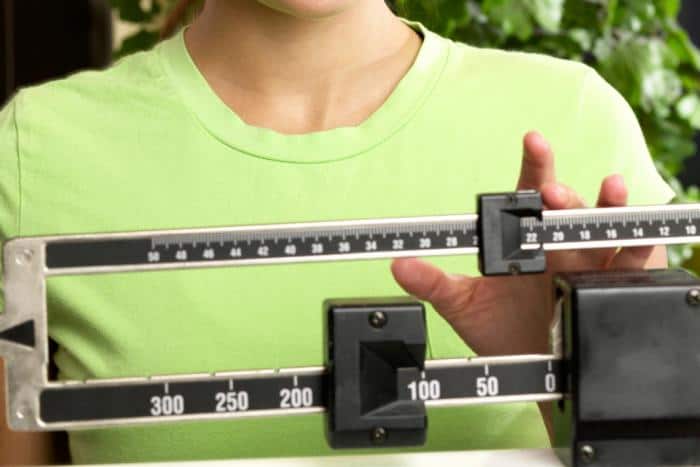 These benefits are discussed in detail below.

Secoisolariciresinoldiglucoside present in flaxseed lignan suppresses sterol regulatory binding protein levels (1c mRNA) in the liver which induces the increases in the adiponectin level in the white adipose tissue.

It helped in having beneficial effects on lipid metabolism in diet-induced obesity in mice [10].

Another prospective trial on 27 men revealed that addition of flaxseeds to the diet significantly reduced weight when consumed twice daily for 42 days [11].

Decreased inflammatory markers in the group receiving flaxseeds can be attributed to lignans in flaxseeds[12].

This reduction in inflammatory markers can contribute to losing weight [13][14].

This suggests that the oil works differently in different people and further research is needed to support this evidence.

2. Helps in Treatment of Diabetes Mellitus

Increased blood glucose levels have long been a risk factor for obesity [16] and cardiovascular diseases [17]. Instability in sugar levels also distorts the mood and promotes overeating and emotional eating which encourages weight gain.

Omega-3 fatty acids, dietary fibres and lignans(  secoisolariciresinoldiglucoside) found in the flaxseed oil have shown a protective effect against diabetes.

Lignans in the oil have inhibited the expression of the gene (phosphoenolpyruvatecarboxykinase) which promotes glucose synthesis in liver [18].

Several small-scale studies have reported consumption of flaxseed oil on a regular basis reduction in blood sugar levels in adults [19][20].

Another randomized trial has contributed to the evidence that flaxseed-derived lignan can enhance glycemic control in animals as well [23].

Few studies suggest omega 3-fatty acid doesn’t modulate insulin resistance in obese mice [24]. Since the mechanism how flaxseed oil actually interferes with insulin and glucose levels is unknown, further studies on the same can help to get a solution.

3. Helps in Reduction of Dyslipidemia

The rise in insulin resistance has contributed to creating an imbalance in lipid parameters.

A study on the postmenopausal women showed a positive effect of dietary flaxseed on hypocholesterolemic and antidiabetic effects.

Animal models have also shown that flaxseeds exhibit the property of hypo-cholesterol [27][28].

Dietary fibres in the oil play a crucial role in weight management. It can suppress hunger at one end and at another end it can diminish nutrient absorption [29].

Flaxseed and its oil derivative can reduce the digestibility of fats and energy in humans [30].

Flaxseed oil can up-regulate the important transcription factors (PPAR-α ) and at the same time down-regulate sterol regulatory binding protein (SREBP-1) in diabetic rats that can collectively increase the process of β-oxidation of fatty acids.  The manipulation of both these genes can simultaneously reduce lipogenesis [33].

4. Helps in Suppression of Appetite

Appetite decides the amount of food or calories person intakes. More the appetite, more calories will be taken up and vice versa. Suppression of appetite can become one of the most successful strategies to control weight.

These multi-branched hydrophilic substances form a viscous solution that can extend the time of gastric emptying and nutrition absorption.

A crossover trial suggests these fibers help in the suppression of hunger without affecting the energy uptake in adults [34].

Adipose tissue suppresses the expression of leptin in obese people. Leptin is a type of protein which is encoded by obese gene which decreases the secretion neuropeptide Y f Neuropeptide Y is a potent appetite stimulator. Flaxseed can stimulate the production of leptin, ultimately reducing appetite [35].

Secondly, flaxseed oil acts as a lubricant in the colon and acts a natural laxative. It helps in moving things smoothly. It helps to detoxify the body and get rid of toxins [36].

The flaxseed oil has the ability to suppress the appetite through various mechanisms and can delay gastric emptying and nutrition absorption.

5. Help in Rejuvenating the Mood

Mentally preparedness and refreshing mood play an important role in weight loss. One has to make himself ready for the workout and diet he has to follow during weight loss program.

The omega 3- fatty acid of flaxseed oil can modify the mood by altering the neurotransmitters [37].

It can also help obese people to overcome depression and prepare themselves for weight loss schedule.

Keeping a person happy stays away from emotional eating. Flaxseeds enhances mood and also help in curbing emotional eating and craving. A study has been done where flaxseed oil was used to curb chocolate craving [41].

Flaxseed oil can act as anti-depressant and can rejuvenate the mood for workout. Mental preparedness or willingness is as important as controling diet while weight loss program. It can also avoid sugar cravings by improving the mood.

The versatility of the flaxseed oil makes it more popular among its users.  Consuming one or two servings of flaxseed oil regularly is easy and could have abundant benefits for overall health.

It can be used as a salad dressing, dips and sauces by swapping other types of oils. One serving (approximately 15 mL) of the oil can also be added to smoothies and shakes which can help in reducing weight with minimal effects.

Unlike to olive oil, cooking with Flaxseed oil should be avoided as it doesn’t have a high smoke point. After cooking it can harm rather than providing benefits as it forms harmful compounds when exposed to heat [42].

Apart from its use in food directly, it can be topically applied to the skin. It cannot enhance provide nutrition to the skin but also helps in curbing craving and emotional eating.

Amount of oil varies from individual to individual. Few people have reported positive results with 2 tablespoons a day whereas others have either suffered an adverse reaction or don’t feel any reaction at that dose.

Too much of everything is bad. Flaxseed oil comes with several benefits but at a higher dose, it may have severe effects.

Cooking should be avoided with flaxseed oil as it produces harmful substances on heating.

Flaxseed oil consumption should be avoided when taking prescribed drugs. the physician or the specialist must be consulted before using flaxseed oil with other medications.

The oil should be used cautiously when consumed with blood-thinning medicines- Warfarin, Coumadin as it may produce undesirable effects like - diminished drug effectiveness, reduced supplement effectiveness and impaired drug and/or supplement absorption.

Pregnant and lactating mothers as well as those underwent recent surgery or facing problems related to blood clotting should consult a specialist before involving flaxseeds oil to the diet.

Diabetic Mellitus patients should also take it cautiously as it can reduce blood glucose levels and cause hypoglycemia.

There are several fake products available in the market, so one must be vigilant enough to differentiate between real and fake oil.

Evidence suggest flaxseed oil are the richest source of the α-linolenic acid and lignans which elevates its therapeutics and nutritional value.

The dietary fibres and lignans can reduce blood glucose levels and cholesterol efficiently and hence contribute to shedding pounds. The oil has the capacity to enhance beta-oxidation of fatty acid and suppress lipogenesis in the liver which helps in burning fats and reducing fat deposits in adipose tissue.

Flaxseed oil is also responsible for suppression of appetite and enhances mood which prevents emotional eating. The flaxseed oil with so many benefits needs to be consumed cautiously among pregnant women and patients consuming blood-thinning medicines.

READ THIS NEXT -
12 Natural Proven Remedies For Delayed Onset Muscle Soreness
10 Proven High Fat Foods That Help In Weight Loss
6 Amazing Benefits of NEAT for Weight Loss & How to Do It
Does Weight Loss Improve Fertility?