You generally don’t need to opt for them if you already consume those foods in good proportion.

Now that is not always the case.

Like there is one supplement which is a must for me- omega 3 fatty acids.

We consume very little seafood and it is always not possible to include omega 3 rich foods in the diet which is why I opt for this supplement.

What are Omega 3 Fatty Acids?

Omega 3 fatty acids are a group of healthy fats.

They are polyunsaturated fats- they have multiple double bonds and are not saturated with hydrogen.

They are essential fatty acids- they cannot be produced in the body but are responsible for their healthy functioning.

They get the name omega due to the structure of the molecule (first double bond at 3 carbon atoms away from omega).

The parent fatty acid for omega 3s is alpha linoleic acid which is converted to EPA and in turn converted to DHA.

DHA is an important component of the cell membranes of the brain and retina and hence is required for healthy neural and visual functioning.

That is the reason why we find these supplements good for health.

Omega 6 is the other group of essential fatty acids and it is the dietary omega 6 and omega 3 ratio that is being hampered.

The modern diet has too much of omega 6 and little of omega 3 and this can increase the risk of developing diseases like heart problems, type 2 diabetes.

That is why the focus is shifting on increasing omega 3 intakes either through diet or as supplements.

Despite the old notion ‘Fat makes you fat’, omega 3 fatty acids are the healthy fats and they are essential for optimum body functioning.

A number of studies have been conducted which reveal how omega 3 fatty acids can help in treating obesity.

Few of the mechanisms involved are:

The effect of omega 3 fatty acids on obesity and related metabolic disorders has been greatly researched upon.

In one animal study genetically lean and obese mice were given a diet supplemented with either evening primrose oil or cod liver oil for 16 weeks.

It was observed that the genetically obese mice who consumed cod liver oil had lower body weight than the ones who consumed evening primrose oil.

These findings point out that omega 3 fatty acid supplements can reduce abdominal and subcutaneous fat accumulation.

A study was designed to investigate whether omega 3 fatty acid supplements alone could cause weight loss.

Initially, participants were given 6g of fish oil supplements per day for 4 weeks.

This was then continued for another 4 weeks where the participants were also given a very low energy diet.

It was observed that those who took fish oil supplements prior to the intervention lost significantly more body weight and fat than those receiving placebo.

2. They promote weight loss outcomes of diet and exercise

Similar observation has been made in children.

Weight loss outcomes of a very low calorie diet are enhanced with omega 3 fatty acid consumption and DHA is found to be an active component behind this.

Researchers reported a 1.5kg greater weight loss in a group taking fish oil along with other weight loss technique compared to those taking placebo.

A combination of ketogenic (very low carbs) Mediterranean diet and omega 3 fatty acids is beneficial for cardiac diseases and inflammation. This study  also reported a 5.8 kg decrease in body fat in the omega 3 group but over the period of 12 months.

Weight loss in these studies were mostly fat loss ranging from 1-3%.

Krebs et al conducted a study  wherein the effect of the addition of fish oil to weight loss program was observed. Weight loss was significant in fish oil group (10.8%) and this lead to improvement in metabolic parameters.

Omega 3 fatty acid supplementation is found to be helpful for children who are at the risk of developing obesity.

Researchers at the University of South Adelaide have put together all the possible studies conducted on omega 3’s effect on body weight in their paper ‘Long-Chain Omega-3 Polyunsaturated Fatty Acids May Be Beneficial for Reducing Obesity—A Review’.

They comment that till date studies on this topic are of short duration and outcomes are modest which warrants the need for long term studies.

What does this mean?
Obese individuals have lower levels of omega 3 fatty acids compared to healthy individuals. A number of clinical trials show that omega 3 fatty acid supplements cause modest weight loss not only in adults but also in children. Few studies report that omega 3 supplements can boost the weight loss caused by diet or exercise alone.

A study  in diabetic women supplemented with omega 3 fatty acids reported no change in body weight but a decrease in subcutaneous (under the skin) fat within 2 months.

One of the important outcomes of this study was that waist circumference decreased by approximately 4 cm serving as an indicator of improved metabolic health.

A review of clinical trials focussed on the anti-obesity effect of omega 3 fatty acids also revealed that these supplements cause a significant reduction in waist circumference.

What does this mean?
The weight loss caused by omega 3 fatty acids is preferentially fat loss especially in abdominal fat and also trunk area fat. It also aids in reducing postmenopausal weight gain.

A number of hormones are involved in the regulation of fat deposition and energy intake. Adipokine is one such hormone.

Abnormal secretion of adipokine can cause increased fat depot, insulin resistance and inflammation.

This effect of omega 3 fatty acid is proven to be beneficial in polycystic ovarian syndrome.

Leptin is an appetite suppressing hormone. It also regulates body fat accumulation and a few obese individuals do suffer from leptin resistance- where the body cells refrain from responding to leptin’s effect.

Omega 3 fatty acids are found to help in normalizing leptin levels and this is of relevance to weight maintenance. 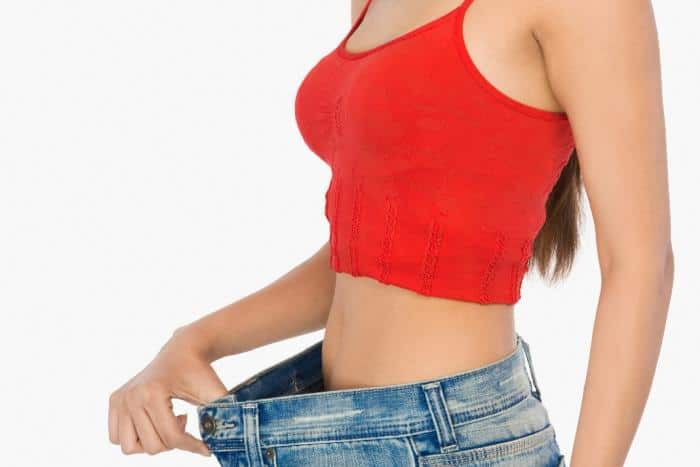 A clinical trial  was conducted wherein individuals suffering from metabolic syndrome were given fish oil capsules for 6 months.

At the end of the study, significant drop in body weight, cholesterol, blood pressure and inflammatory parameters was observed.

They also aid in improving insulin sensitivity and can be used as an add on therapy for insulin resistance.

What does this mean?
Omega 3 fatty acids protect against cardiac, metabolic and brain diseases.

A study  by the Australian institute compared the effect of monounsaturated oil and omega 3 fatty acids on body weight.

At the end of 12 weeks significant reduction in body weight was observed but the results were not different in either group.

They concluded that omega 3 polyunsaturated fatty acids have no effect on body weight but poor dietary compliance could have been responsible for the results.

The same researchers also showed that dietary supplementation of omega 3 PUFAs with low energy diet does not aid in weight loss.

However, a significant reduction in fat mass with fish oil consumption was noted by researchers.

Results of a study  suggest that omega 3 fatty acids are not as effective as an adjunct treatment for weight loss.

128 obese individuals were enrolled in the study and given either a placebo or omega 3 supplements (5:1 ratio of EPA to DHA) for 6 months.

Average weight loss was around 5% but no significant differences were seen in both groups.

A meta analysis study  was conducted where 21 studies were included. Based on calculation it was observed that fish oil supplementation had no significant effect on body weight or BMI.

But they commented that these supplements do cause a significant reduction in waist circumference.

What does this mean?
Few studies report that omega 3 supplementation is not effective in reducing body weight as the outcomes are almost similar to placebo group.
Weight loss outcomes with omega 3 fatty acids may be modest but if your weight gain is a consequence of metabolic disease then omega 3 is most likely to help you.

Omega 3 fatty acids are ‘essential’ fatty acids and therefore are likely to reap a number of health benefits and have therapeutic effects:

You can also obtain omega 3 fatty acids from plant and sea foods.

Krill oil, cod liver oil and fish oil are excellent sources. However you cant use them for cooking and they don’t have that palatable a taste which is why it is advisable to take fish oil or cod liver supplements.

FDA suggests that maximum dose of EPA and DHA should be 3g with 2g coming from a dietary supplement.

Omega 3 fatty acids do not pose any side effects.  Mild gastrointestinal symptoms like bloating, indigestion may occur.

In case you are allergic to seafood you should avoid these supplements and opt for other sources of omega 3.

Consult a doctor before taking omega 3 supplements if you are suffering from any health condition.

Omega 3 fatty acids are essential for healthy functioning of the body. Their effect on weight loss is modest but they work well in combination with low calorie diet and exercise.

Omega 3 fatty acids can likely help if you suffer from metabolic disease and thus aid in weight loss. But you cant expect a miracle from this.

Nevertheless, we will advise yo tou take this supplement as it is a neuro and cardioprotective agent, essential for the body and difficult to acquire in necessary amounts from natural sources.