The argument just does not stop on which macronutrient is good for us but also extends to the type of macronutrient (eg: bad fats v/s good fats).

The ‘fat makes us fat’ notion lost importance when low-fat diets didn’t seem to curb obesity and the new fad that emerged was low carb diets.

Atkins diet is a very low carb diet. This diet was promoted by physician Dr Robert C Atkins who used this approach for managing his own weight and published books about the same in 1972.

So yes it is a pretty old concept that is still in vogue and controversy. The original diet was later modified in 2002 and then another change was brought about in 2010.

Since it is low on carbohydrates, it is high on proteins and fats and its high-fat content has received opposition and criticism.

Nevertheless, the science behind this is very convincing and has worked for many.

In this article, we will be going over most of the scientific details behind this diet as well as the pro and cons of it.

What is Atkins Diet?

The concept behind Atkins diet suggests that it is the carbohydrates that contribute to obesity and weight gain.

So lowering the carbs should do the trick. Atkins focuses on net carbs. Net carbs are total carbs minus fibre content and sugar alcohols.

They are currently two plans: Atkins 20 and Atkins 40.  The phases involved in Atkins 20 are:

Here is a picture that you can also find on the official Atkins diet website that tells you what to eat in which phase.

Atkins 40 allows you to include a wider range of foods in your diet and starts with 40g net carbs a day.

This is to be maintained until you are 10 pounds away from your weight goal and then you can start adding different food items.

Atkins 40 is recommended for those who have lesser weight to lose.

How Does Atkins Diet Cause Weight Loss?

Glucose is the preferred body fuel so when you lower carb consumption your body looks for other alternatives.

Since blood sugar levels are low, insulin levels are low which induces breakdown of fats. Fats are converted into ketones bodies which provide energy to the body.

The metabolism changes from a glucocentric to adipocentric. Fat is available from dietary fat and body’s adipose /fat tissue.

This type of metabolism is known as ketosis and is referred to as ‘fat burning’ mode.

Tissues that solely depend on glucose receive it from other biochemical pathways as the liver and kidney are capable of producing 200g of glucose per day from dietary fat and protein.

The metabolism of low carbohydrate ketogenic diet is similar to that of starvation but in this case, the availability of dietary fat and protein preserves muscle mass.

Another factor for weight loss in such diet is diuresis. 1g of glycogen is stored with 3g of water so depletion of glycogen results in loss of water.

Other mechanisms that could induce weight loss are: limitation of food choices, reduction of the palatability of diet, the satiating effect of high protein intake, an increased thermogenic effect of protein, and increased breakdown of fat tissue due to reduced circulating insulin.

What does this mean?
Atkins diet causes weight loss by:
Shifting metabolism from glucose burning to fat burning, Reducing insulin levels which breaks down fat tissue, Loss of water weight
and Curbing appetite due to satiating effect of protein

What kind of weight loss outcome can you expect with Atkins diet?

There is a lot of research on low carb diets and their effect on weight loss.

In this section we will be noting studies which involve diets having less than 30g of carbs or those which include the brand name ‘Atkins’.

I have included studies involving both short and long term effects, comparing them with different diets and involving different patient groups. This gives us a broad idea of how effective Atkins diet is.

So if you take a look at these studies  you will observe that Atkins or similar low carb diets are effective for weight loss in short term and in terms of therapy they are likely to benefit diabetics or those suffering from insulin resistance.

But then again over the long term, the weight loss results are similar to low-fat diets. Studies 4 and 11 are kind of interesting since they report both high and low carb diets to bring about almost similar weight loss.

Study 13 shows great results with Atkins but oddly reports a higher loss in fat-free mass too. And study 16 claims that weight loss with Atkins is attributable to calorie reduction rather than carb restriction.

What does this mean?
Atkins diet is great for fast weight loss in short time period but studies show that in long term its effect on weight loss is similar to other diets.

What does science say about ‘Atkins diet v/s other diets’?

The A to Z weight loss study conducted by Stanford University compared four popular weight loss diets and their effect on body weight in premenopausal women.

Further reduction in cholesterol, body fat, waist hip ratio was better in the Atkins group compared to other diets. Another clinical trial reports that 4 such brands of diet bring about modest but similar weight loss in 1 year and each is successful in bringing about the reduction of heart risk factors. 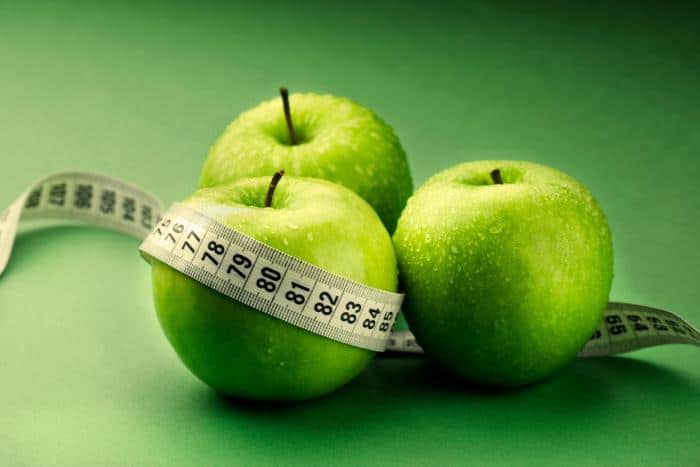 In a 6 month clinical trial  following diets was assessed for their effect:

At the end of 6 months, each of the diets brought about similar results in terms of loss of body fat and weight. Average weight loss was 5.9 kg and fat loss was 4.4 kg.

Initially Atkins diet resulted in greater weight loss but the effect at the end of the study was more or less the same as other diets.

A review study was conducted wherein the efficacy of Atkins, South Beach, Weight Watchers and Zone diets over a period of 12 or more months was observed.

Atkins, Weight Watchers and Zone diets were found to have a consistent weight reducing effect but over the period of 24 months weight lost by Atkins or Weight Watchers was partially regained.

Another recent review study covering around 48 clinical trials reports that low carb diets cause more weight loss than low-fat diets in 6 month duration but on a follow up of 12 months the results are the same.

And even if there was any difference it was minimal: ‘the Atkins diet resulted in a 1.71 kg greater weight loss than the Zone diet at 6-month follow-up’.

As per the researchers, any diet is fine as long as the patient adheres to it.

What does this mean?
Atkins diet fares better than other diets with a brand name but only in short term. Studies suggest that most of the weight is regained in long term. Yet one cannot ignore that along with weight loss this diet brings about favourable changes in metabolic profile and reduces risk of heart diseases.

Since carbohydrates are the primary source of energy for the body it plays a vital role in treating a number of health conditions. Studies suggest that very low carbohydrate diets like Atkins diet are helpful inthe treatment of:

There are a number of arguments regarding the Atkins diet. First one is the ‘metabolic advantage’ associated with low carb diets which is more weight loss per calorie.

This effect is attributed to certain biochemical pathways occurring in the body in absence of carbs.

One of the most famous studies quoted with reference to this concept is the JAMA study which reports that the decrease in resting energy expenditure was least with LC diet.

However, two more studies focussed on the same aspect report no change in metabolism with LC diet.

Others argue that weight loss is only loss of water weight or it occurs due to a restriction of calories and not because of carbohydrate restriction.

Then it is said that diet restricts only carbs and not fat or protein which eventually leads to weight gain.

The diet is said to have a harmful effect on kidneys, disturbs mood and some even refute the idea that it helps lower risk of heart diseases.

The idea to present this section is to make you aware of the controversies attached with this diet and not to discourage you.

Nutrition science comes up with new ‘facts’ each day and I would need to research a lot before commenting on this.

Any drastic change in diet should be done only after consulting a doctor.

If taking medications to treat hypertension, hyperglycaemia or anticoagulants, it is advisable to reduce dosage or rather discuss this with your doctor as your diet may have to be closely monitored.

This is known as ‘carb flu’ and it disappears within a few weeks of the first phase.

It is advisable to take a multivitamin and mineral supplement when following this diet.

Atkins diet is a great option for those who have tried everything to lose weight but in vain or rather for those who are carbohydrate-intolerant (they tend to gain weight easily while eating carbs).

However in comparison to other diets, it is good only for short term as in the long term, the effect of all the diets is almost the same.

The catch about Atkins diet is that you have to follow it for life like your carb intake has to be monitored forever but then that’s the case with almost every diet.

If you go back to old eating habits you are likely to gain weight.