Obesity is no longer an area of cosmetic concern alone.

It is now a gateway to a number of metabolic diseases, psychological disturbances and also affects other body systems.

Genetics and tendency to put on weight is definitely one of the causative reasons but a cause that is tangible and can be modified to prevent such unhealthy outcomes is plant-based chemicals and dietary components.

Apart from dieting, the other way by which plant-based chemicals are exploited is by investigating the chemical’s ability to destroy or prevent fat accumulation.

And those that are proven by research to do so are combined together in the form of pill or dietary supplement.

These pills are known as fat burners and they either work by preventing accumulation of fat, preventing absorption of fat or by raising metabolism to breakdown fats.

The ones that raise metabolism to burn fat are known as thermogenic fat burners and that is what we will be going over today.

What are the different thermogenic ingredients available?

Thermogenic ingredients are those that raise the metabolism and the body’s ability to burn fat.

Diet-induced thermogenesis is a condition where energy is expended to digest and store food.

In those terms, protein is calorie expensive nutrient since maximum energy is required to process it.

We will be going through natural thermogenic agents which are generally included in weight loss supplements and understand their mechanism of action.

Caffeine, as we know, is the active ingredient of coffee and is also found in tea, cocoa and kola nut.

It is a nervous system stimulant and is included popularly in energy drinks and weight loss supplements.

Ephedrine is obtained from the herb Ephedra sinica and is used as a decongestant and appetite suppressant.

Caffeine is a nervous system stimulant and is known to boost metabolism. It elevates the flight and fight hormone which help in mobilizing fat.

Ephedrine activates the sympathetic nervous system which increases the level of the same flight or fights hormones or catecholamines.

These bind to proteins known as the beta-adrenergic receptor which stimulate the breakdown of fats.

Increase in cAMP activity stimulates the breakdown of fats.

Human clinical trials report that caffeine ingestion brings about an 8-13% increase in basal metabolic rate and the effect is dose-dependent.

Ephedrine is also proven to increase metabolic rates in humans.

A 6-month clinical trial was conducted where individuals were given 70mg caffeine and 24 mg ephedrine.

On an average, 8% rise in metabolic rate was observed. Weight loss at 12 weeks was 3.5 kg in the treatment group and 0.8 kg in the placebo group.

Also percent fat lost was 7.9% in the treatment group and 1.9% in the placebo group.

There are a number of studies that prove efficacy of this combination in causing weight loss.  But FDA has banned ephedrine due to possible side effects.

Since both of them are nervous system stimulants, caffeine and ephedrine in excess can cause side effects like nervousness, dizziness, tremors, insomnia, nausea, seizures etc.

Additionally, they increase the risk of heart attack and stroke.

Meta analysis of 11 studies reveals that green tea catechins in combination with caffeine brings about weight loss and aids in weight maintenance.

A study was conducted where individuals were given green tea extract prior to three meals and changes in metabolism were observed.

The treatment resulted in 4% increase in metabolism. Researchers concluded that green tea’s thermogenic properties result in a decrease in fat oxidation.

Some studies suggest that green tea extract may not increase the basal metabolic rate significantly but stimulates fat oxidation.

Green tea does not pose any side effects. Caffeine content of green tea may cause irritability, insomnia, anxiety, dizziness, palpitations etc. 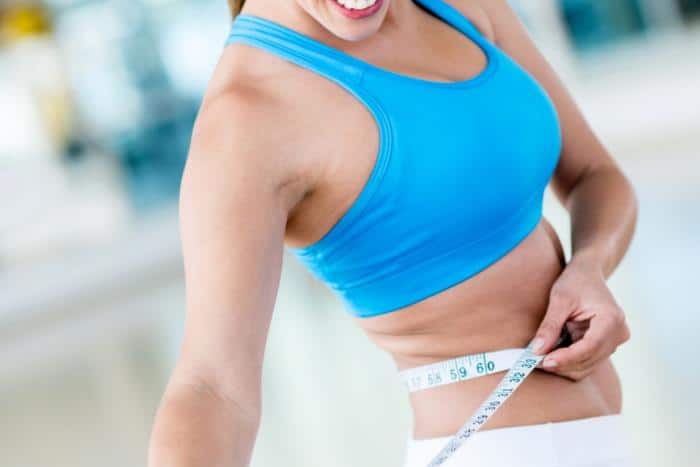 Citrus aurantium or bitter orange contains a number of fat burning compounds like synephrine, hordenine, octopamine, tyramine, and N-methyltyramine. p-synephrine accounts for the maximum of its content.

It is used primarily as a decongestant.

Synephrine has a chemical structure similar to ephedrine and is thought of as a replacement for ephedrine.

Synephrine is a beta-adrenergic agonist.   It activates proteins known as beta-adrenergic receptors to which hormones like noradrenalin bind and stimulate the breakdown of fats.

It raises the basal metabolic rate.

A clinical trial was conducted to assess the thermogenic effect of the bitter orange extract.

Individuals were randomized to receive different combinations of bitter orange extract or placebo.

Those receiving placebo experienced a decrease of 30Calories in basal metabolic rate. While the effect with bitter orange extract was as follows:

Results showed that p-synephrine alone or in combination with other products increased metabolic rate and energy expenditure and brought about a modest increase in weight loss when used for 12 weeks.

Some claim that synephrine does not cause side effects like ephedrine.

However the chemicals are similar so synephrine holds certain risks such as fainting, stroke, heart attack and other nervousness related symptoms.

Synephrine can cause drug interactions and increase the serum level of drugs.

Synephrine is the active ingredient of bitter orange and is a safer alternative to ephedrine. It increases metabolic rate by raising levels of fight and flight hormones in order to metabolize fats.

Capsaicin and other related compounds impart spiciness to foods like chili pepper and cayenne.

These compounds cause thermogenesis- one tends to sweat after eating a really spicy meal.

They are available as pills or can be taken in natural forms.

TRP channels are receptors that are activated by different compounds present in food.

A review study based on the potential role of capsinoids on in weight management showed that capsinoids bring about a 50 Calorie increase in metabolism per day and this can cause clinically significant weight loss in 1-2 years.

Capsaicin may cause stomach irritation.

Its pungency is the biggest limitation to its long term use. It can have certain drug interactions and should be avoided in case of allergies.

Read more on how Capsaicin helps in weight loss here>

Fucoxanthin is a pigment found in brown seaweed and is known for its fat burning and cholesterol-lowering properties.

It increases metabolic rate by increasing the expression of beta-adrenergic receptor which in the presence of catecholamines increase the breakdown of fats.

It decreases the expression of fat regulating genes and prevents the development of fat cells.

A combination of fucoxanthin and pomegranate seed oil was given to non-diabetic female volunteers suffering from non-alcoholic fatty liver disease.

The study lasted for 16 weeks.

A significant reduction in body weight (5.5kg), waist circumference and body fat were observed along with an increase in resting energy expenditure.

Research also suggests that it interferes with fat metabolism and therefore can be used to treat a number of conditions like metabolic syndrome, diabetes etc.

Toxicological studies report that there are no side effects or risks associated with fucoxanthin.

Both are naturally present in oils but by a chemical process, the diacylglycerol content is increased.

Unlike TAG oil which gets stored as body fat, DAG oil gets utilised as energy. It is also known to stimulate fat oxidation and thereby suppressing weight and fat gain.

A study was conducted where individuals were given either a TAG rich meal or DAG rich meal and it was observed that post-meal energy expenditure was higher in the DAG group compared to TAG group.

Consumption of DAG oil for 14 days elevated levels of fat oxidation and resting metabolic rate in comparison to TAG oil.

Other studies state that DAG does not affect energy expenditure but definitely increases fat oxidation and promotes satiety.

There are no potential side effects associated with DAG.

What does this mean?
Diacylglycerol oil is better alternative to triacylglycerol oil since most of it is expended as energy and very little accumulates as fat. Research shows that it boosts energy expenditure and fat oxidation.

Various scientists have amalgamated the different thermogenic agents and tested their effects on weight loss in humans.

Here are a few of those studies.

These studies reflect that as per the claims dietary supplements containing thermogenic ingredients to raise the metabolic rate.

However, it is still a question as to how beneficial this rise in the metabolic rate when it comes to weight loss.

Thermogenic fat burners indeed raise metabolic rate or energy expenditure in order to burn fat. But it is vital to understand whether this rise in metabolism is significant enough to cause weight.

A combination of a low-calorie diet and thermogenic agent should help shed a few pounds.

Caffeine and green tea extract are some of the most promising thermogenic agents and their use in weight loss supplements is validated.

However one should be cautious of their daily caffeine intake and the dose mentioned on the supplement.

If you have tried any thermogenic fat burner do share your experience with us.