A diet is said to be healthy when it includes more proteins, vitamins and minerals and fewer amounts of carbohydrates and fats.

Meat is a rich source of protein and protein helps in building muscle, producing antibiotics etc.

Meat provides vitamin B 12 and other B complex proteins which is not available from plant sources.

Meat provides a number of minerals and nutrients that aid in suppressing appetite and are also vital for basic body functions.

Meat does contain saturated fats which are not healthy but eating lean cuts of meat can help reduce fat intake.

A large variety of meat is consumed worldwide but the most common ones are meat derived from sheep, cattle, goat, pig, and poultry.

Meat is also classified as red meat or white meat based on the specific protein content in the meat.

The meat of mammals is considered red meat and that of chicken and turkey is white meat.

Meat is available in the form of cuts, joints and minced.

Nutritional value of meat differs on the basis of cuts. Also, the breed and the way in which the animal is raised affects the fat content of the meat.

Can Meat help in Weight Loss?

Meat helps with weight loss due to its high protein content.

It also promotes thermogenesis or burning of calories, thereby aiding in weight loss.

A number of research studies are in favor of meat consumption for weight loss.

We will go through a few of them and explore the evidence available on individual meat types, comparative studies, and cooking methods.

We will discuss some of the most popular meats and see what scientific evidence has to say regarding their weight loss benefits. 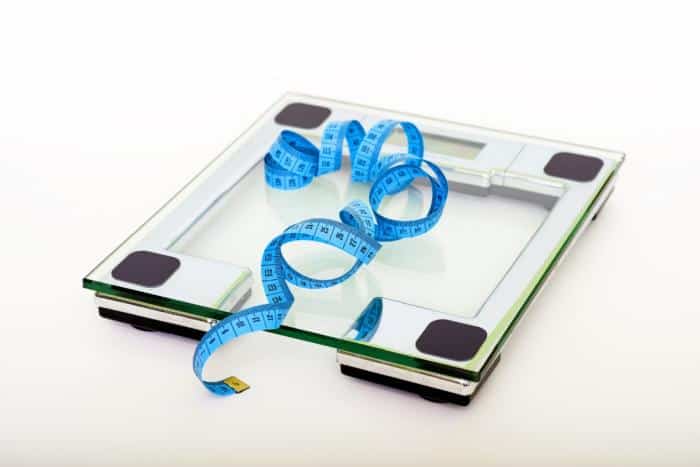 Pork is meat obtained from pigs and it is the most widely consumed meat.

The University of South Australia investigated the effects of regular consumption of lean pork on body weight and risk of cardiovascular diseases.

Volunteers were asked to consume 1kg pork per week by substituting some food items in their diet.

At the end of 3 months, a significant reduction in weight, waist circumference, body fat, and abdominal fat was seen in pork group and this effect was persistent at the end of 6 months.

There was no change in lean mass which indicated that the volunteers lost only fat mass.

No change was seen in cardiovascular risk factors such as cholesterol levels but no harm was caused either.

What it means? Regular consumption of lean pork can help reduce weight without affecting cholesterol or other metabolic parameters.

Beef is obtained from cattle and is the third most commonly consumed meat.

It is an excellent source of carnitine, an essential compound required for basic body function.

A study was conducted at Purdue University to explore whether beef consumption increases protein intake.

Individuals were given diets with different proportions of protein mainly from beef.

Energy intake was significantly lower in the diet the containing 30% protein than the 5 % and 15% diet. Also, hunger and desire to eat ratings were reduced in this group.

Chicken is the most commonly consumed poultry in the world. One quality that makes it superior to red meat is that it is low in fat content.

At the end of the study, both groups experienced a significant reduction in weight and fat mass. No loss of fat-free mass was seen.

Also, an improvement was seen in parameters related to antioxidant status and inflammation in both groups.

What does this mean? Frequent consumption of chicken with a controlled diet containing moderately high proportion of protein can help in weight reduction.

Comparison of different types of meat

Following studies draw a comparison between different meat types and as to which one is the best for weight loss.

A comparative study between the effect of red meat or white meat on weight loss was conducted. Overweight female volunteers were asked to follow a low-calorie diet with either beef or chicken as a protein source.

Weight loss was significant and similar in both groups. Reduction in body fat percentage and total cholesterol levels was seen.

Since pork is popularly consumed throughout the world and is said to have favorable effects on body composition, research was carried out to check whether weight loss effect is specific to pork or is it possible with consumption of other meat types.

In the 9 month study, individuals were asked to consume either beef or chicken or pork individually for a period of 3 months. It was observed that weight loss was similar in all groups at the end of 9 months.

What does it mean? Meat may help with weight loss, be it pork, chicken or beef.

Comparison between meat and vegetarian diets

Comparison between meat and vegetarian diet helps us understand that the high protein content in meat favors weight loss.

A comparative research study between meat and vegetarian based diet showed that both the diets have similar effects of weight loss.

In this study, meat and soybeans were major sources of protein in the respective diet.

Weight loss was similar in both groups. Participants lost about 9% of their body weight in 16 weeks.

Also improvements in metabolic parameters such as blood pressure, blood sugar and cholesterol were seen in both groups.

What does it mean? Both meat and vegetarian diets containing high protein source can aid in weight loss.

Meat quality and taste differ based on the breed of the cattle, the manner in which they are raised and the fodder they are provided.

Cooking temperature and style also affect the nutritional value of meat. Apart from destroying pathogens, cooking can affect digestibility, protein and fat content of the meat.

Cooking also produces harmful mutations in the meat that can cause cancer. It is advisable not to use extremely high temperatures to cook meat.

Red meat consumption is said to cause colon cancer. However, there is no significant evidence available to support this idea.

Effect of fodder on meat quality

The fodder and environment involved in raising cattle affect the quality of meat.

A study suggests that beef from grass-fed cattle is healthier than that obtained from grain fed cattle.

It does contain saturated fatty acids (fats saturated with hydrogen and generally considered unhealthy) but these do not affect cholesterol levels.

Grass-based diet of cattle improve the antioxidant status of the meat, thus imparting it anticancer properties.

The only catch is that grass-finished beef has a distinct grass like the taste and requires different cooking temperatures than regular beef.

What does it mean? Consuming meat from healthy naturally raised animals can be good for your heart.

It was observed that fat percentage in lean formulations of beef patty increased with cooking whereas vice versa occurred with formulations having initial high fat content.

Also, it was concluded that microwave cooking produces patties with least fat content and calories.

What does it mean? Cooking styles can affect the fat percentage in beef. Microwave cooking is the healthiest option.

Effect of spices on meat quality

Incorporating spices and herbs while cooking meat not only improves the taste but it also elevates the nutritional value.

Scientific evidence suggests that using herbs to cook meat can improve its biological and pharmacological properties.

As per the study, cooking meat with sage and oregano extracts improved the antioxidant status of the meat.

What does it mean? Make your meat preparation healthier and tastier by adding herbs and spices.

Consuming meat at moderate levels in a balanced diet is considered to be healthy.

Excessive consumption of meat can lead to weight gain and it can also increase the risk of cardiovascular disease if cooked in excess oil.

Ensure that cooking temperatures are adequate enough to destroy any pathogens. Also, remember that meat is a heavy food item for digestion.

How to consume meat such that it helps in weight loss?

White meat should be preferred over red meat

White meat has numerous health benefits. Apart from decreasing the risk of cancer, diabetes, and obesity, it contains several vitamins and minerals. Replacing red meat, processed or not, with white meat helps in weight loss.

Toxins may be present in animal feed

The food fed to animals may contain various types of chemicals harmful to our health. The food has been found to contain pesticides and drugs. When the meat of these animals is consumed by humans, these toxins enter the body and deteriorate health.

Consumption of meat may increase the risk of cardiovascular disease

Even if the content of fat in some meats may be low, it cannot be said that it does not affect the fat and cholesterol levels at all.

An increase in the amount of cholesterol present in the blood leads to various heart diseases.

Some other nutrients such as zinc and iron are present in a high quantity in meat. Too much of these in the body can also play a role in causing cardiovascular disease.

Fat and lean cuts of meat may also affect the body

People consume various body parts of the animals. These can be considered either as lean cuts or fat cuts.

As suggested by its name, the fat cut mainly comprises of fat.

This should not be preferred as it has several disadvantages regarding health. The lean cuts consist of a much lower fat content; hence they should be consumed as a part of a healthy diet.

So yes we can safely conclude that regular consumption of meat does actually aid in weight loss.

However, it is important that meat consumption should in balance with the rest of the diet and one should follow a regular exercise regime.

No specific meat is proven to be the best for weight loss. So feel free to experiment with any meat type to lose weight.