Weight loss is not an overnight phenomenon.

But we are humans and it is our nature to give up soon and to give into temptations.

And at times, the weight loss process is so hard and our body is so resistant to losing weight that we have to look for alternatives.

Among the different diet pills that have come into being, they're a type of drug called lipase inhibitors.

Orlistat is one of the popular anti-obesity medications which is a lipase inhibitor.

Today we will go over details about lipase inhibitors.

What are Lipase Inhibitors?

In order to digest the food, our gastrointestinal system produces a number of enzymes and hormones to breakdown the food.

There are specific enzymes for every food component. So lipase is one enzyme that specifically acts on digesting fats.

There are several human lipases which are differentiated on the basis of the organs secreting it.

Pancreatic lipase is secreted by the pancreas (the same organ that secretes insulin).

It breaks down dietary fats into simpler forms so that it can be absorbed by the body.

The human intestine is able to completely absorb approximately 95% of ingested fat.

Given the efficient absorption of dietary fat, it is not surprising that long term intake of a high-fat diet is readily converted to adipose tissue.

Lipase inhibitors, as the name suggests, bind to this enzyme pancreatic lipase and block its activity. Since fat remains undigested, it passes out of the body as part of stools.

Lipase inhibitors block all types of fat and not any particular type of fat.

Orlistat is a derivative of a compound lipstatin which is isolated from a bacteria Streptomyces toxytricini.

It prevents around 30% of the dietary fat from being absorbed.  A dose of 120mg thrice a day results in a 200 calorie deficit.

A meta-analysis study including 11 clinical trials demonstrated that weight loss was 2.9% higher in the oorlistat-treated group than those treated with placebo.

Weight loss was around 5-10% of initial weight and some even achieved more than that.

An assessment of the clinical effectiveness of orlistat reported significant weight loss and better weight maintenance in orlistat treated group compared to the group receiving placebo.

A 12 week clinical trial presented a result of around 4 kg weight loss with orlistat treatment.

One third of the patients treated with orlistat for a year experienced a weight loss of 5% or greater of the initial weight.

This demonstrates the use of orlistat for the long term. Orlistat causes additional weight loss with an increase in dose.

What does this mean? Orlistat taken regularly brings about a calorie deficit of 200kcal. Research studies show that on an average orlistat causes a loss 5-10% of initial body weight.

The meta analysis study reported that only a small percentage of Orlistat treated group experienced weight gain in 2 years.

A 4 year study was conducted to assess the effect of orlistat on weight maintenance.

Subjects were allowed to take orlistat on a voluntary basis.

Orlistat, despite of an on-off intake, showed body lowering effect and 73% of the subjects maintained 10% or more of their weight loss.

What does this mean? Orlistat treatment has good prospects of maintaining lost weight and preventing weight regain.

Orlistat as a primary weight loss agent in diabetes

The Xendos study  reported that the risk of developing diabetes was 37.3% lower in orlistat treated patients.

The likelihood of developing diabetes was found to be reduced by 45 % with orlisat therapy even in the patients who had impaired glucose tolerance.

Another clinical trial  also confirmed this fact by demonstrating that the incidence of diabetes was significantly reduced in patients using Orlistat for weight maintenance.

What does this mean? In addition to causing weight loss, orlistat prevents obesity induced diabetes.

A meta analysis conducted in 2003 showed a significant decrease in blood pressure and total cholesterol levels after treatment with Orlistat.

Another review of 28 clinical trials reported that 6 month treatment of Orlistat brought about a significant decrease in total cholesterol.

Orlistat’s potency in reducing cholesterol is beyond the effect it has on weight loss.  It is proven to be therapeutic in case of hyperchlosterolemia.

What does this mean? Orlistat’s effect on reducing cholesterol and blood pressure is independent of its weight loss effect.

Orlistat in comparison to other weight loss aids

Orlistat’s effect on weight loss was similar to that brought about low carbohydrate ketogenic diet. Differences in cholesterol levels was also similar.

A 12 week clinical trial  was conducted to compare the effects of sibutramine (an appetite suppressant- Meridia/Reductil) and orlistat on weight loss.

After four weeks, a significant reduction in weight was observed in both groups; weight loss was greater in the sibutramine group.

At the end of 12 weeks both groups experienced similar weight loss but orlistat had an additional advantage of cholesterol reduction.

Another study  was devised to compare the effects of sibutramine and orlistat in reducing abdominal fat.

The groups were as follows:

The combination therapy was found to be better in terms of weight loss outcome than orlistat therapy but not better than sibutramine.

However, orlistat therapy was the best in terms of reduction of waist circumference.

What does this mean? Orlistat is as effective as low carbohydrate ketogenic diet in reducing weight. If you consider overall weight loss, sibutramine is the best choice but if you consider cholesterol lowering effect and loss of abdominal fat in addition to weight loss, orlistat is the answer.

Highlights on how orlistat brings about weight loss

Here is a quick recap of orlistat’s use and benefits:

What are the side effects linked with orlistat usage?

Since orlistat directly acts on gastric and pancreatic lipases to prevent absorption of fat in the body some gastrointestinal effects are observed  :

Also since fat is eliminated, the absorption of fat soluble vitamins is hampered. Therefore it is advised to additional oral vitamin supplements. 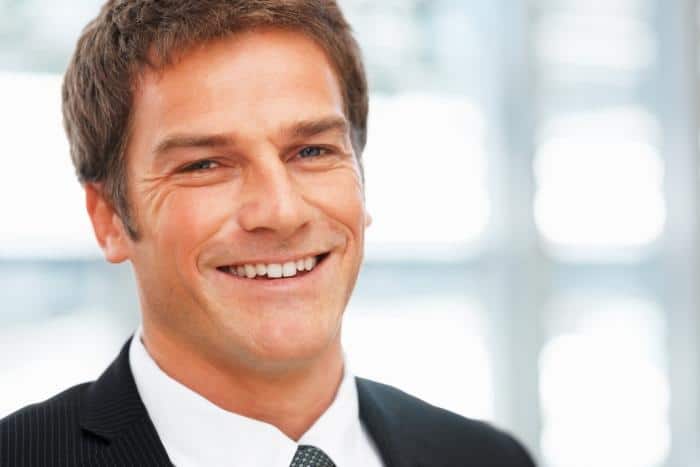 Cetilistat- a newer generation of the lipase inhibitor

It is an inhibitor of pancreatic lipase and is similar to orlistat but has a more tolerable side effect profile due to the difference in structure.

Cetilistat-induced weight loss was similar to the weight loss achieved with orlistat (3.78 kg).

Cetilistat was well tolerated and showed fewer discontinuations due to adverse events than in the placebo and orlistat groups.

Another phase II clinical trial  also reported fewer incidences of side effects and it was limited to 1.8-2.8% of the volunteers treated with cetilistat.

However, this drug is not yet available in all countries.

What does this mean? Cetilistat is a newer generation lipase inhibitor which has fewer side effects in comparison to orlistat. It is yet to be made available in all countries

Orlistat is the only lipase inhibitor that is available for clinical use currently.

Similar compounds are also being isolated from other microorganisms.

Interestingly lipase inhibition activity is being investigated in many compounds of plant origin.

We are going to list a few such natural foods that can aid in weight loss by reducing fat absorption and many other ways.

A clinical trial  was conducted wherein six healthy male volunteers were given a high fat diet along with apple polyphenol capsules.

The study demonstrated that apples prevented obesity in humans by inhibiting activity of pancreatic lipase.

So an apple a day keeps both: the doctor and fat way!

A clinical trial  was conducted where a green tea extract rich in its active constituent- epigallocatechin gallate was given to obese individuals.

After 3 months-treatment a  4% decrease in body weight and circumference was seen. Researchers concluded that this weight loss was caused by inhibition of pancreatic lipases and speeding up of metabolism.

Black tea is also rich in polyphenols which protect against diet induced obesity by inhibiting fat absorption in the intestine.

Mate is the beverage obtained from the plant yerba mate which is popular in South America.

Ginseng is one of the popular herbs known for stimulating immunity, cognitive activity and physical performance.

Korean white ginseng prevents obesity by influencing genes involved in fat metabolism and delaying absorption of fats from the intestine.

Black ginseng extract prevents accumulation of fat in liver and fat tissue by preventing absorption of fats and promoting its excretion.

It strongly inhibits digestion of fat. (Read more on how ginseng brings about weight loss)

It is a herbal plant native to Sri Lanka and used in the traditional Indian medicine system-Ayurveda.

It was observed that compounds from this extract inhibited the activity of many fat metabolising enzymes one of them being lipase and enhanced breakdown of fats.

Another detailed study on the benefits of this herb on metabolic diseases and obesity also reports that S.reticulata prevents fat deposition by inhibiting the activity of lipase.

You already know much about coffee and its weight reducing properties.

It’s important constituents include caffeine, theobroma and theophylline. (Psst..These can also be found in chocolate).

Each of these compounds are proven to have lipase inhibitory activity.

It is the oldest living tree species and is used in herbal supplements. It is used to treat blood disorders and memory issues.

It is the root of the plant Glycyrrhiza glabra .

It is manufactured as a flavouring agent, candies and is also used for medicinal purposes.

Sage and rosemary are popular herbs that just amplify the flavour and nutrition level of your dish.

Carnosic acid, a compound found in both the herbs, is found to inhibit lipase activity and reduce fat absorption.

Fucoxanthin is isolated from brown algae and is a famous health food. It serves as a pigment to the algal cells.

It is a compound obtained from shrimp and other crustacean shells. Chitosan supplements are generally recommended in the treatment of arthritis and osteoporosis.

It exerts an anti-obesity effect by inhibiting fat absorption in the intestine and supporting it’s excretion.

What does this mean? Plant and natural sources also show lipase inhibitory activity. But most of the studies confirming this trait are animal studies. However these natural sources have multiple ways of treating obesity. Consuming apples with peels or sipping some green or oolong tea is a great start.

Lipase inhibitors are good for those who are resistant to other weight loss techniques and those who do find it hard to give up on fat rich foods.

It works on the principle that dietary fats make us gain weight.

However, it does not discriminate between types of fat and eliminates all dietary fats.

Believe it or not but we need fats, the healthy ones for proper functioning.

Also lipase inhibitors do not take care of the fat that is already deposited in the body and neither does it protect you from weight gain by unhealthy carbohydrate consumption.

You can go for the natural foods that inhibit lipase activity since they have more than one way of treating obesity and can give additional health benefits.