Starvation is a process in which the person stops the intake of calories altogether.

The main purpose of this is to cause a severe decrease in the number of calories consumed in order to reduce weight.

However, starving oneself is the incorrect way to lose weight.

Although it does cause rapid weight loss, the nutrients essential for survival are lost along with it as well.

The minimum amount of calories required is 1200 for women and 1800 for men. This amount is necessary for all the body functions to work properly.

After a certain amount of weight is lost, any further decrease in weight is due to the fluid and the muscle loss, and not due to the loss of stored fat.

This leads to fatigue and dehydration of the body.

After prolonged fasting, the lost weight is bound to return and that too very fast. The regained weight is completely in the form of fat.

Since the body goes on conservation mode once it is started, it starts to conserve the regained fat and the calories for future use in order to allow the body to function normally. Also, the body slows down the metabolism so that lesser energy is released.

What are the consequences of low metabolism?

Slow metabolism means that the body is burning the calories at a reduced rate. This mainly occurs when the body is receiving insufficient nutrients.

Once the body gets used to this slow metabolism, if the amount of calorie intake is resumed, the extra calories will be stored in the form of fat. This is why there is a regain of weight after a long period of starvation.

This also leads to the body digesting the food very slowly. Other side effects of a low metabolism are fatigue, difficulty in losing weight, hypertension or high blood pressure as well as other health-related problems. 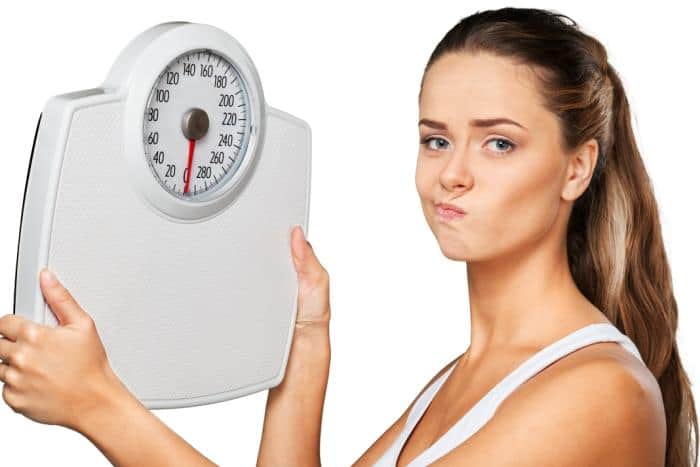 How Starvation Adversely Affect Your Body?

As soon as the body stops receiving food, the level of glucose in the blood starts to drop. This leads to the pancreas secreting a low amount of insulin in the body, and an increase in the secretion of glucagon.

Glucagon is a hormone released in response to low blood sugar levels. It indicates that the body is being starved. Hence, it breaks down the glucose stored in the form of glycogen and stops further storage of glucose.

After the stored glucose has been almost used up, the body starts using the stored fat. Every part of the body, including the muscles, starts obtaining energy from fatty acids.

Protein synthesis stops due to lack of nutrients. This leads to loss of proteins because the ones which get degraded are not replaced.

The body then starts to produce ketone bodies in order to produce energy.

When even these get depleted, the body has no other option but to break down the proteins present in the body.

This includes protein from the muscles and various other organs of the body.

When this protein degrades, the body becomes weak. Eventually, the organs fail to work which leads to death.

Studies show that prolonged hunger strikes may cause atrophy or degeneration of cells, along with muscle loss and a reduced deposit of fat in the internal layers of organs. This could lead to multiple organ failure in severe cases.

Due to the shortage of storage of fat in the body, studies have found that the Basal Metabolic Rate decreases.

This represses the process of thermogenesis, which is the production of energy in the form of heat.

A study was conducted on rats to observe the sites from which protein loss occurs during prolonged starvation.

The results showed that most of the protein lost was from the skeletal and the cardiac muscle.

This means that starving affects the heart and the muscles present in the body. This may weaken the body or even cause heart failure.

Calorie restriction should be done in moderation so that the adequate nutrients reach the body without the excess fat and carbohydrates. This is the best way to lose weight.

It also prevents many health diseases and risks like obesity, cardiovascular disease, type-2 diabetes, and even cancer.

A better way to fast is to include as many vitamins and minerals in the form of liquids as one can. This would reduce the number of calories going into the body drastically, but the intake of essential nutrients would continue.

This method causes much less harm to the body and so it is completely safe. For this, consumption of liquids such as juices, sports drinks and a large amount of water every day is required.

A starvation diet has been found to cause abnormal metabolism of carbohydrates. It leads to sudden high blood sugar levels during the diet.

Dieting or starvation has severe after effects. One of them is the subsequent regain of weight. Not only that, the weight gained was found to be more than the weight which was initially lost.

Another study reported that one major effect of dieting was psychological stress.

It may cause people to feel negative emotions such as depression, low self-esteem, and anxiety along with other psychological problems.

The stress further causes weight gain due to hormonal changes.

Malnutrition caused due to starvation has adverse effects on health. It makes the body prone to various kinds of infections and diseases by weakening the immune system.

It does so by affecting the T-lymphocytes, which are the primary cells responsible for providing the body with immunity.

Starvation also affects brain activities in a bad way. It promotes negative emotions such as anger and impairs the thinking abilities of a person.

The concentration of insulin decreases and the functions of the liver are worsened.

There was a deviation in the rhythmic heart contractions as a result of starvation. Also, blood pressure was found to increase.

Starvation leads to various health problems such as –

The most important effect of starvation is malnutrition. It means that the body is deficient in the major nutrients. It can lead to various severe health risks and diseases.

To prevent them, it is clear that starvation is not the recommended method to lose weight. To lose weight successfully, it is necessary for people to eat.

Eating healthy low calorie food at frequent time intervals is required in order to maintain a fast metabolism. A fast metabolism burns more calories than consumed and results in a faster reduction in the body weight.

The amount of calories taken in should be checked each day. Healthy food as well as a large amount of fluids should be included in the daily diet.

That being said, dieting alone is not a healthy way of losing weight. Exercising regularly is a must. Any form of physical activity causes the extra calories to burn and keeps the body healthy and free of diseases.