Arthritis is a widespread disease whose symptoms include joint pain, inflammation, and swelling.

It occurs in several forms, the most common being the chronic disorders of osteoporosis and rheumatoid arthritis.

Other prevalent forms of the disease include septic arthritis, reactive arthritis and the inflammatory form- gout.

Gout is characterized by severe pain, redness, inflammation and swelling at the affected site.

It is generally caused by the accumulation of harmful uric acid crystals which damage tissues.

The disease is mostly seen in men but affects some women as well. Certain lifestyle conditions may predispose individuals to this disease.

Some of these are being overweight or obese, excessive consumption of alcohol or overeating certain purine-rich types of fish.

People who regularly consume water pills (diuretics) are also susceptible to this disorder.

The build-up of uric acid in the blood is toxic and over a certain limit causes spread of the damage to surrounding tissues and joints.

The general diagnosis involves a blood test in order to determine whether the uric acid concentration in the bloodstream lies in a safe range or not.

What is Withania Somnifera or Ashwagandha?

Ashwagandha or Withania somnifera is an Ayurvedic herb that has been used for centuries due to its healing and restorative abilities.

The name ashwagandha is derived from the Sanskrit words ‘Ashva’- horse and ‘gandha’-smell.

It was given this name due to the fact that its roots possess a unique horse type odor.

The roots and berries are the most commonly used parts of the plant. Withania somnifera is also sometimes called winter cherry.

It is popular for its ability to act as an ‘adaptogen’ i.e. enable the body to cope with various daily stresses.

It is known to relieve inflammation and pain and has been used in the treatment of a multitude of diseases.

The herb is also believed to be capable of reversing signs of aging.

Considering the highly beneficial properties of Withania somnifera and its potent ability to bind to nutrients in the body to drive away diseases, a large amount of research is being directed towards its uses in order to understand the full scope of this herb.

In the following sections, we explore some of the advantages it offers in gout treatment with suitable scientific evidence for the same:

1. It prevents the progression of gout

. This takes place as a result of a series of metabolic events that deteriorate the tissue over time.

An experiment aimed at determining the effects of Withania somnifera on gout-related enzymes was carried out using a suitable animal model of gout.

It was seen that on treatment with powdered Withania somnifera root, there was significant reduction in swelling.

The levels of gout-related enzymes- beta-glucuronidase and lactate dehydrogenase levels, which are generally high under diseased conditions were reverted to normal levels.

This shows that the cartilage strength and density is preserved by the metabolic regulatory activity of Withania somnifera (ashwagandha0.

What does this mean? From the above mentioned study it can be understood that the administration of root powder of Withania sominfera on the onset of gout would be highly beneficial. It manages enzyme levels and relieves damage caused to tissues.

If the rate of build-up of free radicles exceeds the rate of their elimination a toxic condition known as oxidative stress takes place.

The ability of Withania somnifera to relieve oxidative stress have been studied using various animal models.

One of these involved the use of inflammatory arthritis in the animal model who was administered varying doses of the compound over 28 days at the end of which the oxidative stress condition was seen to be relieved.

This was due to the ability of Withania somnifera to effectively decrease lipid peroxidation and glutathione-S-transferase activity.

This was validated by another study where the use of the powdered root of Withania somnifera (ashwagandha) managed to bring about biochemical changes within the body and improved the oxidative status by removing free radicles.

What does this mean? It can be implied from this study that Withania somnifera could be potentially used in gout treatment to eradicate harmful free radicles which are released by uric acid. It reduces oxidative stress and improves cell viability.

People who are overweight or obese are at a higher risk of being affected by gout.

This is due to the fact that excessive fats exert pressure on collagen fibers that holds connective tissues together.

This in turn, weakens the joints leading to gout. Withania somnifera is believed to be able to reverse the damage caused to collagen fibres and strengthen them simultaneously.

This property was validated using an animal model. It was seen that the administration of Withania somnifera (ashwagandha) improved joint health and strengthened collagen bonds.

What does this mean? The results of this study indicate that Withania somnifera is a useful preventive agent for obesity induced forms of gout. It provides the essential nutrients required to maintain connective tissue health and ensures collagen stability.

4. It has an anti-inflammatory effect

Inflammation is one of the chief influencers of joint pain and swelling.

It takes place due to the body’s attempts to repair damage at a particular site. It is one of the main signs of gout

In a study carried out using an animal model it was seen that the introduction of Withania somnifera (ashwagandha) decreased inflammation and in turn improved joint motility.

What does this mean? The use of Withania somnifera provides a potential remedy for gout induced inflammation. It lowers swelling and enables better movement and functioning of the joints.

Many of the flare-ups related to gout occur due to autoimmune reactions. These processes occur due to the hyperactivity of autoantibodies. This leads to inflammation and pain.

In order to study the ability of Withania somnifera to regulate the autoantibody mechanisms, an experimental study was conducted.

It was seen that Withania somnifera was able to control autoantibody action in a dose-dependent manner thereby lowering inflammation occurrences.

What does this mean? Withania somnifera suppresses autoantibody production in a dose dependent manner. Thereby, it protects the tissues from inflammation and can be used in gout treatment.

6. It prevents a build-up of uric acid

Studies have shown that the build-up of uric acid crystals in the intestine which passes on to the bloodstream without being broken down are some of the chief causes of gout. One way of treating or preventing this problem could be through intestinal cleansing agents, Withania somnifera could provide possible aid in this respect.

Withania somnifera (Ashwagandha) gel has been used to relieve many ailments of the intestine some of which include diarrhoea, antibiotic-associated diarrhoea, irritable bowel syndrome, and inflammatory bowel disease. T

his can be attributed to its antioxidant and anti-inflammatory activities.

Therefore, by regular consumption of Withania somnifera,one can eliminate uric acid accumulation in the intestine and in turn prevent the joint pain it inflicts in gout patients

What does this mean? The intestinal cleansing abilities of Withania somnifera are helpful in hour treatment as they limit the concentration of uric acid crystals in the intestine which eventually does not allow them to spread through the blood stream.

Gouty arthritis is often accompanied by severe pain caused due to gastric damage of tissue. Ashwagandha is believed to have the ability to relieve such conditions.

Through a series of in vitro and in vivo studies on an animal model of gout it was observed that Withania somnifera (ashwagandha) displayed unique antipyretic and analgesic effects.

This decreased swelling at the site along with protecting the tissues from gastric damage.

Its use was seen to be helpful in humans as well. Treatment of a group of 60 patients over 12 weeks revealed positive effects.

It relieved pain and stiffness significantly.

What does this mean? Withania somnifera has several pain relieving effects on sites effected by gastric damage. It acts as an analgesic and alleviates discomfort of the joint.

Considering the growing popularity of the herb and its increased usage, scientists decided to analyze its efficacy and safety in the human body.

This study was conducted on patients suffering from another type of inflammatory arthritis- rheumatoid arthritis.

A study involving 86 participants was carried out by evaluating various efficacy and safety parameters in these individuals post administration of Withania somnifera.

It was seen that along with providing positive results in the diseases group, its use is safe as even after 7 weeks of administration, the kidney and liver function tests showed no defects in the group being studied.

What does this mean? Withania somnifera does not have any toxic side effects on our body and has been shown to be useful in treating inflammatory rheumatoid arthritis. Since gout is also an inflammatory form of the disease, the herb has the potential to be an effective treatment for this disease as well.

The root extract of Withania somnifera is the most powerful in the treatment of ailments as has been indicated from the above-mentioned studies.

It is generally found as a finely ground powder to be mixed with food.

The highest dosage is around 6000mg which should be consumed over the course of the day in divided doses of 2g each.

If being consumed at one time approximately 300-500mg is advisable. It is advised to consult a health practitioner before taking any supplements.

Despite the multiple benefits Withania somnifera has to offer, it is best to seek the advice of a medical professional before starting its regular use as there have been certain side effects reported regarding its long term use.

Large dosages are sometimes linked to nausea, diarrhea, and vomiting. Its use is not advisable to pregnant women.

Considering all the benefits this herb has to offer in case of gout treatment, its popularity is now skyrocketing.

It is being manufactured and marketed in various forms including supplements, pills, and tablets. 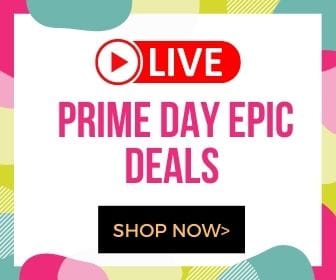