Colitis is a disease of the large intestine which involves a high degree of inflammation in the colon. It may be caused due to a number of reasons.

It can be caused by a bacterial infection, or it may be autoimmune (caused by a problem in the regular function of the immune system).

The honey obtained from the nectar secreted by wild Manuka trees found in New Zealand is called Manuka Honey.

There are several compounds present in Manuka honey that are not present in regular honey, but one of the most important of these is Methylglyoxal.

It is by the virtue of this compound that manuka honey possesses most of its properties, including its antibacterial, antifungal, antimicrobial and antiseptic functions.

How does manuka honey help in the treatment of colitis?

Manuka honey is known to have a broad spectrum antibiotic action due to the presence of a compound called methyglyoxal.

As colitis is also very commonly caused by infectious bacteria, manuka honey becomes a viable option for the treatment of the disease due to the antibacterial effect mentioned.

There have been studies that look into the effect of manuka honey on the bacteria that cause colitis. These are Escherichia coli and Clostridium difficile.

A study published in September 2014 studied the effect of manuka honey on Clostridium difficile . During the course of the study, the manuka honey was incubated with three different strains of C. difficile.

Another similar study published around the same time in 2014 looked into the effect of manuka honey on another bacteria called E. coli . 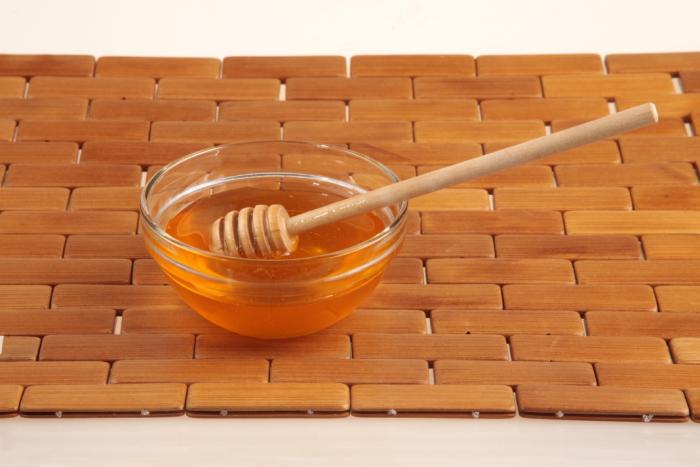 The production of reactive species of oxygen in our bodies happens all the time. This product is very harmful when the body is not able to detoxify it readily, and this causes a number of diseases.

Manuka honey has compounds in it that give it a potent antioxidant effect, and helps it in reducing the amount of oxidative damage to the bodies and its tissues.

A study published in August 2008 looked into the effect of manuka honey along with a commonly used drug sulfasalazine that is known to reduce inflammation in the bowel .

These two in combination were used to treat ulcerative colitis induced in rats.

It was found that the both of them in combination was extremely effective in reducing the amount of inflammation and other parameters related to the disease.

The mechanism for this action was believed to be due to the antioxidant activity that was initiated within the body of the rat.

What it means?
Manuka honey has a potent antioxidant effect that has been observed to have a significant effect in the reduction of the amount of inflammation in colitis that was induced in rats.

Colitis essentially involves a high degree of inflammation within the colon of the large intestine. Manuka honey is known to have a potent anti-inflammatory action. This makes it highly effective in the treatment of a condition such as colitis.

Based on the methylglyoxal content and other factors, manuka honey’s anti-inflammatory potential differs.

Prakash et. al conducted a an animal study investigating the effect of different doses of manuka honey on inflammatory model of colitis.

Manuka honey at low and high doses is effective in reducing inflammation in colitis and also restores antioxidant defences in damaged tissue.

In addition to all this, manuka honey is also known to boost our immune system. A study conducted on January 2012 proves that this effect is due to the presence of certain Arabinogalactan proteins and Apisimin that manuka honey contains .

Once within the wound site, the manuka honey stimulates the monocytes to release a compound called TNF-alpha (Tumour Necrosis Factor Alpha). This compound plays a very important role in initiating the process of healing and it regulates a vast array of immune cells and their function .

What it means?
Manuka honey has an anti-inflammatory effect, and thus can be used readily to treat a disease such as colitis which mainly involves a great degree of inflammation in the tissues of the colon in the large intestine.

How to use manuka honey for colitis?

The potency of manuka honey is decided based on the level of methylglyoxal present in it. UMF (Unique Manuka Factor) rating is a universal system followed world-wide that gives the quality of store bought manuka honey. A rating of 10 or above should be bought for maximum benefits.

For best results, it is recommended that 1 teaspoon manuka honey be taken daily 3 times a day in between meals .

While manuka honey can also be consumed by dissolving it in cold or lukewarm water, the most effective way to take it is directly. Taking it with hot water is not a very good option, as the temperature may affect its beneficial properties.

People with allergies for honey are not uncommon, and thus a patch test is recommended 48 hours before the consumption of manuka honey to ensure safety.

While it is perfectly safe for diabetic people to consume manuka honey, a strict check on blood glucose levels should be kept as manuka honey may increase sugar levels in your blood.

Manuka honey is blessed with various therapeutic properties primarily due to presence of compound methylglyoxal. It can exert beneficial effects in colitis as it acts as an anti-inflammatory agent and anti-microbial agent.

Manuka honey is also found to work in combination with drugs used to reduce intestinal inflammation. Manuka honey can work as a natural remedy for ulcerative colitis.