These are disorders that generally present due to bad oral hygiene and may be initiators for more serious dental problems and disorders.

Inflammation of the soft tissue or gums may be one such complication. This is called gingivitis, and is one of many such periodontal diseases.

Manuka honey is a special type of honey found in New Zealand that is famous for its many health benefits. It is derived from the nectar of wild Manuka trees that are indigenous to New Zealand, and contain special compounds that are not found in regular honey that are the reason for the may beneficial properties it exhibits.

One such compound found in manuka honey is called methylglyoxal. This compound is believed to be the major factor for most of the properties of manuka honey, such as its antibacterial, antifungal, antimicrobial and antiseptic properties.

As this compound is widely believed to be the one that is instrumental in making manuka honey famous worldwide for its health benefits, the levels of methylglyoxal present in different manuka honey is considered a measure of its potency.

For store bought honey, there is a rating system that can be used based on the methylglyoxal levels present to indicate potency and purity.

This is the UMF (Unique Manuka Factor) rating system. Higher the level of methylglyoxal, higher the rating. Manuka honey with a rating below 10 is considered as effective as any regular honey, and hence for maximum effect manuka honey with rating of 10 and above should be used.

In addition to this, manuka honey also has a potent effect on the immune system of our body. It boosts the strength and efficiency of immune response against certain different kinds of pathogens, hence effectively preventing disease. It also has an anti-inflammatory property.

Due to all these effects, manuka honey is also regarded as a “wonderfood”, and can be used as a natural and effective home remedy to treat various different types of teeth disorders. It can also be used as an easy way to maintain general oral health to prevent tooth decay and other related oral diseases.

Dental caries are cavities in the teeth caused by tooth decay. A number of bacteria can be responsible for this, and thus it can be prevented by the use of manuka honey as it exhibits strong antibacterial properties.

Manuka honey is also known to be effective against Streptococcus mutans, one of the most common pioneer bacteria that colonizes the oral cavity.

Manuka honey prevents cavities in the tooth, and protects the oral environment. Studies have been conducted that state that manuka honey or any regular honey is far less cariogenic (capable of causing cavities) than regular sugar .

This property of manuka honey has been attributed to its potent antibacterial property.

What does this mean?
Manuka honey prevents formation of dental caries by inhibiting the growth of bacteria responsible for it. 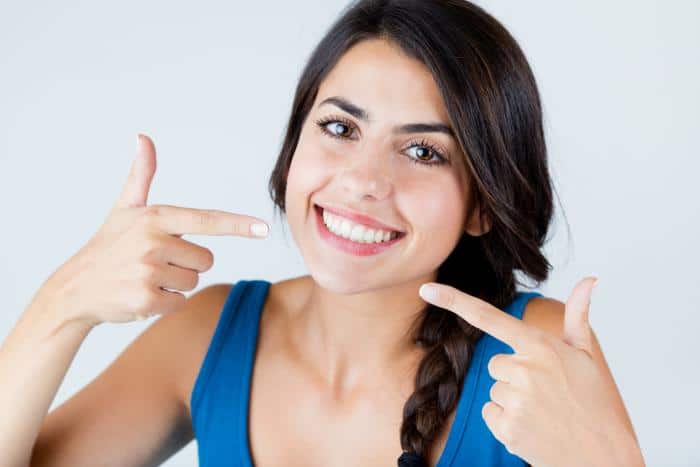 Manuka honey is also known to be effective against periodontal diseases such as gingivitis, and periodontitis. Much research has been done on the effects of manuka honey on oral heath that proves the effectiveness of using this honey as a part of your regular oral hygiene regimen.

A study conducted in January 2012 focused on the effect of manuka honey on a specific kind of bacteria found very commonly in the oral cavity . Streptococcus mutans is a bacteria that is one of the most common early colonizers in the oral cavity.

The growth of this bacteria inside the cavity causes the environment inside to change and make it possible for other bacteria to start growing as well .

The effect of both artificial honey and manuka honey was studied in the lab on biofilms of the Streptococcus mutans bacteria. It was found that in both the cases inhibition of the bacteria was observed, but it was significantly more potent in case of manuka honey .

This result suggested that manuka honey is extremely effective as a weapon against tooth decay and dental plaques. It also suggested that the mechanism through which it functions is not dependent solely on its high sugar content, and is related to a certain pathway only present in manuka honey .

A more recent study was published in July 2014 and in it the effect of manuka honey was studied on the levels of Streptococcus mutans in the saliva of children .

The manuka honey used in this study had a UMF (Unique Manuka Factor) rating of 19.5. Manuka honey was consumed by the children participating in the study daily two times a day for a period of 21 days .

There are a number of other such studies published that have explored the effect of manuka honey on common bacteria found in the oral cavity that cause tooth decay or change the environmental conditions in the cavity in such a way that it facilitates the growth of other kinds of oral bacteria .

Manuka honey is found to be extremely effective in most cases and can be used as oral hygiene tool.

Dental plaques are biofilms or layers of bacteria that grow on surfaces in the oral cavity. The most common form is a yellow slimy layer on the surface of the teeth.

Gingivitis is a periodontal disease, that is classified by extensive inflammation of the gums and it develops into open bleeding scores in the oral cavity. Gingivitis is most commonly induced by dental plaques. Manuka honey has been proved by a number of studies to be effective in the treatment of gingivitis.

A study conducted as early as April 2004 also explore the effect and potential use of manuka honey in the treatment of common oral infections. This study is focused on the effect of manuka honey on dental plaque and gingivitis, which is a bacterial infection in the gums that causes inflammation.

For the purpose of this study, a chewable “honey leather” was used that was made of manuka honey with a UMF rating of 15 .

30 people participated in this particular study, and they were made to chew the honey leather for 10 minutes three times a day, after every meal. This was done for 21 days and then the results were evaluated .

Another study in March 2014 looked into the specific effect of manuka honey on the causal organism of gingivitis, Porphyromonas gingivalis.

In the study, 2% manuka honey proved to be highly effective in reducing the growth of the bacteria by as much as 50%. This proved the potent antibacterial effect that manuka honey has against P. gingivalis.

In addition to acting directly against the bacteria that causes this disease, manuka honey also provides an immune boosting effect, and more importantly it reduces inflammation in the periodontal area (gums). This is the result of the strong anti-inflammatory activity of manuka honey.

Nayak et. al have proven that manuka honey is efficient as chlorhexidine mouthwash and better than xylitol gum in reducing dental plaque.

How to take Manuka Honey for Tooth or Gum related disorders?

Regular consumption of manuka honey is beneficial for the reduction of dental plaques and the general maintenance of oral hygiene. But to get the most out of it, manuka honey can be used as a mouthwash.

Mix 1-2 teaspoons of manuka honey in water, and use this mouthwash after every meal. The manuka honey used to prepare the mouthwash must have a very high UMF rating for maximum effect .

In order to treat diseases such as gingivitis or bleeding gums, manuka honey can be applied directly to the gums. This can be done by rubbing manuka honey directly onto the site of infection in the gums.

However Manuka honey is not intended to replace regular oral care.

The UMF rating should be checked in case of store bought manuka honey.

Some people are allergic to honey, especially those who have already have allergies to bees or pollen. In such as case, a patch test is recommended at least 48 hours prior to the consumption of the manuka honey.

Botulism poisoning can be a serious risk if manuka honey is consumed by children below the age of 1 year.

Diabetic people may consume manuka honey, but need to keep a strict check on their blood sugar levels after consumption.

Manuka honey has a potent inhibitory effect on the growth of bacteria in the oral cavity, and thus it is effective in maintaining the oral health. Manuka honey prevents tooth decay and the formation of dental caries.

Manuka honey can reduce the amount of dental plaques that form on the surface of teeth. Apart from basic oral hygiene, it is also found to be effective against specific periodontal diseases such as gingivitis. This is due to its antibacterial property and its effect against inflammation in tissues.