Inflammation is nothing but a healing process that tries to kill any harmful irritant or pathogen entering the body and which tries to heal the infection caused by it. Infection is the result of the harmful stimuli caused by the pathogen but inflammation is the response initiated by the body against the infection. So, it is a part of the immune system’s response. The symptoms include redness of the affected area, increased temperature, swelling, discharge sometimes and the most important pain. Inflammation includes conditions like arthritis, cancers and Crohn’s disease etc. They are of two types – acute and chronic. Acute inflammation lasts for a short period of time whereas chronic lasts longer. It may be external or even affect the viscera i.e. internal.

How and why coconut oil helps in inflammation?

Researchers of Taiwan and Germany conducted a study to compare the anti-inflammatory and antimicrobial properties of capric acid with lauric acid against Propionibacterium acnes. P. acnes is a bacterium causing acne infection. The study involved mice with induced ear edema as the experimental model and also included in-vitro as well as in-vivo methods.

The in-vivo method showed anti-inflammatory effect of lauric acid as it reduced the swelling at the site of inflammation. In case in-vitro method, human sebocytes were chosen which were treated with P. acnes or along with some fatty acids to induce infection. Thereby, lauric acid and capric acid were added to the culture and results were observed. There was significant reduction in the production of interleukins, a pro-inflammatory substance.

It was seen that anti-inflammatory properties were more intense in case of lauric acid as compared to capric acid though the latter also had the same properties. The researchers concluded that lauric acid inhibited the NF-kB activation and thus helped in reducing the inflammation both in-vitro and in-vivo. 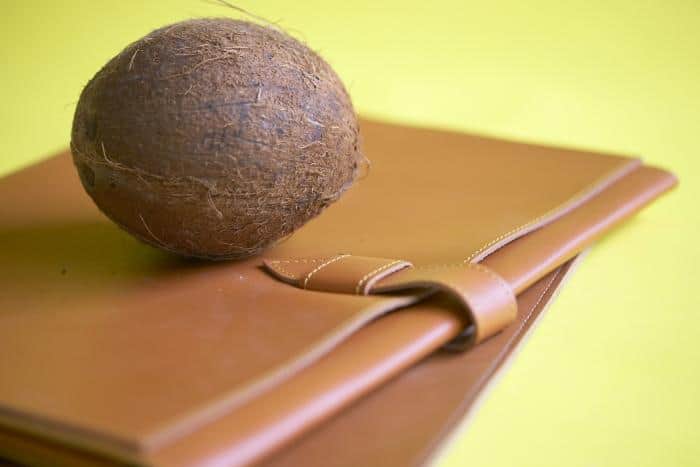 Another study conducted by Faculty of Nursing, Payap University Chiang Mai, Thailand states that virgin coconut oil has anti-inflammatory, analgesic and anti-inflammatory properties. The study used pure coconut oil directly derived from coconut oil without any refining or chemical treatment. Two models were used for the study including acute and chronic. The oil showed moderate effects against the acute inflammatory models whereas there was a definitive inhibitory effect against chronic inflammatory models. There was decrease in transudate, the product of inflammation and significant decrease in the formation of granulomas. All the properties of the oil were evaluated and it was concluded that coconut oil had analgesic as wells as antipyretic effects (because it was observed that the oil reduced yeast induced fever in the experimental models) too along with anti-inflammatory property.

One more study by Dr. S. Sadeghi supports the same statement. It was stated that coconut oil is known to reduce the production of pro-inflammatory chemicals in the body. Thus, the study gave an idea to the therapists that coconut oil may be helpful for people with acute or chronic inflammation. Moreover, because of the additional antimicrobial properties, coconut oil may also aid in killing the particular organism harming the body.

Another research published in March 2007 issue of Philippines Journal of Internal Medicine stated evidence in favor of virgin coconut oil and its anti-inflammatory properties. The research involved mice and rats (with induced carageenan caused infection in their hind paws) about to receive virgin coconut oil alone or with aspirin and mefanamic acid. 50 rats received mefanamic acid and 30 mice received aspirin or virgin coconut oil or just distilled water. All the animals were randomly assigned such groups. It was observed that the rats and mice that received coconut oil showed great improvements as there was significant reduction in inflammation in their case as compared to the ones that received either aspirin or mefanamic acid.

Crohn’s disease is another gastric inflammatory condition in which the person experiences bouts of diarrhea, abdominal pain blood in feces causing anemia and weight loss. Same is the case in ulcerative colitis. Both these inflammatory conditions require great medical attention but coconut oil is known to help in these cases too. A research was conducted involving 36 Crohn’s disease patients and 22 ulcerative colitis patients. For the control group, about 89 people were chosen who were healthy and had no symptoms or history of any irritable bowel syndromes.

Out of the 36 patients with Crohn’s disease and the 22 patients with ulcerative colitis, about 28 and 13 were affected with measles virus respectively which was known to be the cause of the condition. At the end of the research it was concluded that the medium chain fatty acids had antimicrobial properties which were strongly effective against Helicobacter pylori and measles virus which are usually responsible for bowel disorders.

According to various studies conducted, about 20 grams of MCT is enough for daily consumption. It is the suggested therapeutic range by researchers. 20 grams is nearly equal to about 2-4 tablespoons.  Never start with larger amounts of the oil as it may severely upset your stomach causing loose stools. Take 1 tablespoon of the oil as the first dose and increase your dose slowly until you reach 3-4 tablespoons.

READ THIS NEXT -
5 Benefits of Argan Oil in Thrombosis
8 Surprising Benefits of Manuka Honey for Eye Health
Cinnamon for Psoriasis
How Spirulina Boosts Your Immune System
Can Cinnamon and Honey be Used for Detox?
Why Cinnamon is Great for Arthritis