Methicillin Resistant Staphylococcus aureus (MRSA) is a bacteria that causes infection in the human body.

MRSA is a special strain of the normal Staphylococcus aureus bacteria that has evolved to become resistant to common antibiotics used to treat the infection. This makes MRSA infections extremely hard to cure.

MRSA can cause skin infections, sepsis, pneumonia, infective endocarditis and even bone and joint infections.

Prevention is the first form of defense against MRSA and different antibiotics are being designed to terminate MRSA infection.

Manuka honey is a special type of honey that is extracted from the nectar of wild Manuka trees found indigenously in areas around New Zealand and Australia.

Manuka honey has a lot of health benefits and is thus widely regarded as a “wonderfood”.

There are a lot of compounds present in manuka honey, that are not found in regular honey and these give manuka honey an action against microbes that is far superior than regular honey. One of the most important of these is a compound called methylglyoxal.

Methylglyoxal is found only in manuka honey and a few other honeys also found in New Zealand. Methylglyoxal is believed to be the compound that is responsible for the potent antibacterial, antifungal, antiviral and antimicrobial action of the manuka honey.

How does manuka honey help in treatment of MRSA?

There has been considerable amount of research studying the effect of manuka honey on MRSA as it is not only important as a home remedy.

Manuka honey may also be used as a clinical treatment for the MRSA infections as the treatment options available right now are not very effective.

Due to the presence of methylglyoxal in manuka honey, it displays a very broad spectrum antibacterial activity. MRSA being a strain of Staphylococcus bacteria, is also vulnerable to this action of manuka honey to a certain degree.

A study published in November 2011 focused the effect of manuka honey on MRSA and a comparative analysis of its action versus artificial honey .

In the case of artificial honey with methylglyoxal, an effect was seen but at much higher concentrations. Artificial honey alone failed to have any effect on the MRSA cell lines at all.

This result suggested that manuka honey was an effective treatment option and that the mechanism through which this action occurred was due to some compounds found only in manuka honey and not regular honey.

Electron microscopy revealed enlarged and irregular shaped cells in the lines that were inhibited by manuka honey. This suggests that manuka honey doesn’t kill the bacterial cells, but rather it stops the process of cell division.

What it means?
Manuka honey is seen to have potent antagonistic effect on MRSA cells. The mechanism through which this happens is the inhibition of the division of the bacterial cells. 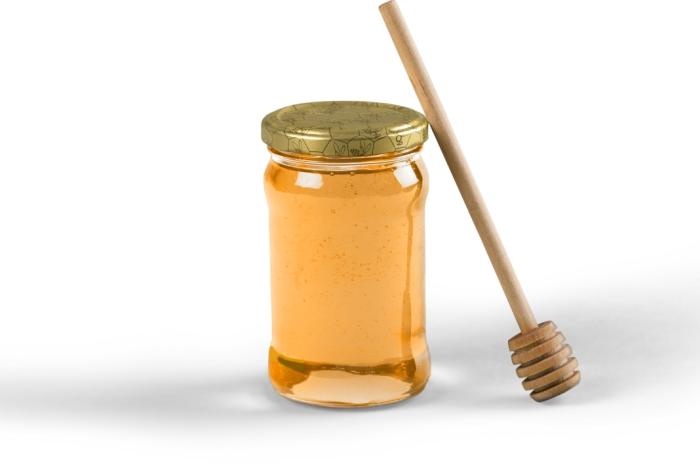 Apart from the direct action of manuka honey as an antibacterial for MRSA, manuka honey has another mechanism through which it works against the bacteria.

Manuka honey has been observed in a number of studies to have a synergistic effect on MRSA along with common antibiotics that are used to treat the original non-resistant bacteria.

This synergistic effect of manuka honey and antibiotics make it a very useful tool for the clinical treatment of MRSA infections. There have been several studies that look into this effect in order to confirm it, though the mechanism through which it happens is still not clear .

Oxacillin is a common antibiotic that MRSA is resistant to. A study published in June 2012 (and a subsequent one in 2015) looked into the synergistic effect of the antibiotic taken in combination with manuka honey .

During the study, MRSA was exposed to both manuka honey and oxacillin separately and also in combination with each other. It was found that the manuka honey succeeded in making the MRSA vulnerable to oxacillin.

Another similar study published in 2015 studied the effect of manuka honey in combination with four different kinds of antibiotics - rifampicin, oxacillin, gentamicin, and clindamycin .

MRSA was incubated with the four of these antibiotics in combination with manuka honey separately. It was again found that MRSA that was initially resistant to the antibiotics became sensitive to them after the combinatorial therapy.

What it means?
This gives proof that manuka honey works very well in conjunction with commonly used antibiotics and this combinatorial therapy can be a very good option for the treatment of MRSA. The manuka honey succeeded in increasing the susceptibility of MRSA to the antibiotics.

How to take Manuka honey for MRSA infection?

Manuka honey being a natural food does not have any specific dosage. For the best results it is recommended that it be consumed in between meals 1 teaspoon three times a day, daily.

Manuka honey is best taken alone. It may be dissolved in cold or warm water and consumed. But in such a case, care should be taken that the water is not too hot as that may affect beneficial properties of the honey.

Manuka honey should not be consumed by children below the age of 12 months for fear of botulism poisoning.
Care should be taken to always check the UMF (Unique Manuka Factor) rating before buying manuka honey. A rating of 10 and above should be used for maximum positive results.

Diabetic patients may also be allowed to consume manuka honey but only while keeping a strict check on their blood sugar levels.

Some people may also be allergic to honey. Therefore, a patch test taken at least 72 hours before first consuming manuka honey is recommended. This type of an allergy may be more common in people who already have an allergy to pollen or bees.

Manuka honey, due to the presence of methylglyoxal, has a very potent antibacterial effect against MRSA, and has also been known to stop the growth of the bacteria by interrupting the process of its division.

In addition, it has been observed that manuka honey has a synergistic effect against MRSA when taken with common antibiotics. Manuka honey increases the susceptibility of MRSA to antibiotics it had been initially resistant to.

READ THIS NEXT -
6 Reasons Why Cinnamon is Great for Your Sugar Cravings
How and Why Coconut Oil Helps in Inflammation?
Benefits of Cocoa for Diabetes
6 Proven Benefits of Spirulina For Delayed Onset Muscle Soreness