Cinnamon is a dark brown spice obtained from the inner core bark of the trees belonging to the genus Cinnamomum from the family Lauraceae.

The cinnamon plant is known for its unique medicinal properties as it helps to cure many diseases caused by microbes.

The most commonly used cinnamon is the Chinese cinnamon due to its availability.

The other type of cinnamon is the Ceylon cinnamon and is found in Srilanka but is less available.

A disease associated with the accumulation of fatty acids – triglyceride fats in the liver is called FLD- Fatty Liver disease.

It is classified into two as

The disease as it progresses with the accumulation of fat causes inflammations in the liver finally leading to hepatocellular carcinoma.

If further left untreated, it can cause diabetes type 2, liver cirrhosis and liver cancer.

The two main consequences associated with fatty liver are resistance to insulin and Oxidative stress.

Insulin signals more fat to be produced in the liver which ends up accumulating itself in the liver and due to this there would be extreme high levels of oxidative stress leading to inflammations.

A world known fact is that Cinnamon is a good antioxidant.

This can address the issue of oxidation stress imposed by the insulin.

It makes the system more susceptible and sensitive to insulin thereby leading to fewer insulin secretions and lesser accumulation of fat.

Cinnamon extracts contain an anti-inflammatory property which helps to cure the inflammations of the liver due to excess alcohol consumption (cirrhosis of liver).

This is because cinnamon inhibits the expressive of the factor MyD88 – myeloid differentiation primary response gene which causes the inflammation and cirrhosis. 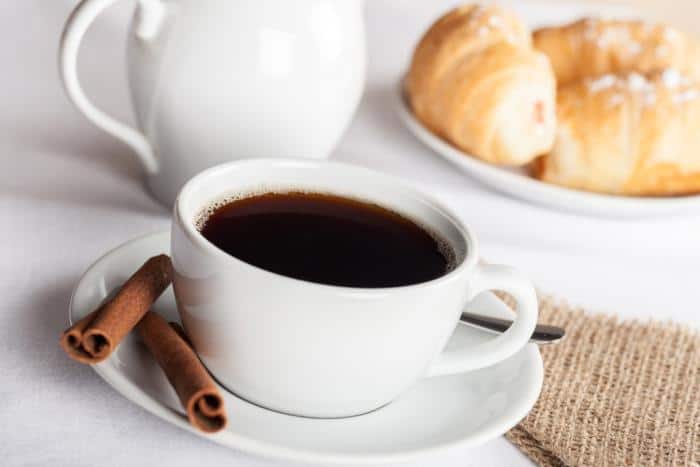 Consumption of profuse alcohol was found to show an increase in the endotoxin levels in the liver.

Studies revealed that this had led to impairment in the kupffer cells present in the nephrons of the liver and had led to an increase in the necrosis factor -α (TNFα).

The following study was carried out in mice and it was subjected to acute alcohol environment and its biological system was analyzed.

Cinnamon extract was introduced and its effect was observed.

It was found that the cell signaling to the factor MyD 88 – myeloid differentiation primary response gene which causes the liver inflammation was blocked by the cinnamon extract.

Other factors like expression of mRNA, TNFα, and Nitric Oxide formations were drastically reduced. This proves that Cinnamon is a wonder drug for Fatty Liver Disease.

Study of Antioxidative effects of Cinnamon

This extract had shown a significant reduction in the lipid peroxidase. Thereby this ensures that it can prevent the accumulation of fat in the liver and in turn, can help cure the Fatty Liver Disease.

The studies also revealed that the extract can cure hyperglycemia and other diabetic complications.

Ethanol and Aqueous extracts of cinnamon were taken for the following study.

The study was carried out for the animals which had carbon tetrachloride deposits in the liver.

Two groups were divided; one group was given cinnamon extract while the other was a control group.

The group which was subject to cinnamon extract showed speedy recovery and good results than the aqueous extracts after few weeks.

Non Alcoholic Fatty Liver Disease (NAFLD) is due to excess fat in the body and can also be due to hepatic injury, cholesterol, and high triglyceride levels.

Managing insulin resistance and Oxidative stress are the prime factors for NAFLD.

The study involved a blind trial among a group of 50 people. They were divided into two groups and one was subjected to either two 750 mg cinnamon capsules or two placebo capsules for 12 weeks.

The proper diet was taken care and counseling was taken by patients.

There was a stunning improvement in the blood glucose levels, cholesterol, triglycerides, high sensitive C reactive protein (the main marker for inflammation).

The study finally showed that taking 1500mg of cinnamon a day can help cure NAFLD.

A study published in March 2009 – The Journal of Nutrition – Biological Research showed that cinnamon can protect the liver from Oxidative stress and can sure the injuries caused due to carbon – tetrachloride.

According to Kenneth R. Pelletier, Cinnamon is suggested as The Best Alternative Medicine.

Cinnamon is usually taken in the form of tea or juice along with honey and/or lemon.

Cinnamon is also prescribed as capsules by doctors in case of people who suffer from severe necrosis.

The maximum limit of consumption is 1500mg per day.

Cinnamon tea and juice is usually advised to take it twice a day and not more.

Purity and safety of the cinnamon have to be taken care.

Too much consumption can lead to the secretion of excess courmarine which causes damage to the liver even further.

Better to always consult the physician before sticking to it. Cinnamon can also cause allergies and skin infections if consumed in excess.

Cinnamon has very good properties like antioxidation, antimicrobial activity and it is proven to reverse the process of necrosis and reduce the inflammations of the liver.

Hence it can be good medicine for curing the Fatty Liver Disease.

READ THIS NEXT -
5 Benefits of Coconut Water for Post Menopause
6 Benefits Of Coconut Oil In Osteoporosis
Can Epsom Salt be Useful for Acne Treatment?
15 Foods to Boost Your Immunity
4 Proven Benefits of Aloe Vera Juice in Joint Pains
Aloe Vera Juice for Infant Reflux