Quinoa quite recently has become one of the popular superfoods. Rightly so, the attention it receives does justice to its nutritional profile.

It is a ‘pseudo-cereal’ as it’s technically a seed but exhibits the properties of cereal [1].

It’s the dietary staple of the people of South America and has been growing in the Andes since 1000s of years.

Quinoa is mainly known for its remarkable protein quality. As compared to other cereals quinoa’s protein consists of essential amino acids, thus making it a good source of protein.

It also contains good amounts of fiber, flavonoids and noticeable amounts of omega 6 fatty acids along with vitamin E [2].

The incidence of diabetes is on a rapid rise at a global level. With that being said, novel ways for its treatment are also being trialed.

Diabetes is of two types- Type 1 or Diabetes Mellitus and Type 2 or Non-insulin dependent diabetes.

In Type 1, the pancreas cannot produce enough insulin to take up the glucose from the blood for its utilization for energy requirements of the body resulting in high blood glucose/sugar levels [4].

In Type 2, even though the pancreas produces enough insulin the body becomes incapable of using that insulin as a result of which the blood glucose remains high.

The blood glucose being high signals the pancreas to secrete more insulin therefore over a period the pancreas overwork themselves and Type 2 diabetes might eventually turn into Type 1 diabetes4.

Since we have already established a brief understanding of diabetes, it goes with it the blood sugar be maintained within normal limits at most times.

Along with the medicinal treatment, nutrition therapy plays an equally important role in its treatment.

Nutrition therapy involves the duration of a special diet for diabetes patients by special health personnel.

Diabetes is an intricate and complex disease; each case might be different what treatment implies to one might not imply to the other.

Thus, it is advised that diabetics consult their physician before making any dietary changes.

Which bring us to the topic Quinoa for Diabetes.

6 Reasons Why Quinoa May Help In Diabetes

The nutritional profile of quinoa deems it a winner, and there is absolutely no reason why it shouldn’t be on one’s grocery list. Now let’s consider its beneficial effects in diabetes. 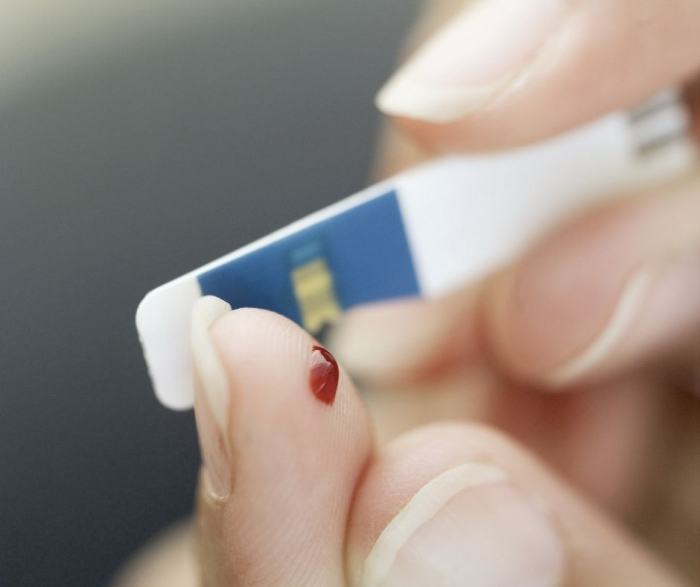 In an animal study, it was concluded that supplementation with quinoa led to a reduction in blood glucose and blood LDL (low-density lipoprotein) levels.

This suggests its use in the regulation of blood glucose and cholesterol [5].

The digestibility of starch i.e. its conversion to glucose was found to be different in gluten-free pasta and gluten-free quinoa.

This study concluded that quinoa being gluten-free led to a lower free fatty acid concentration and triglyceride levels in blood in comparison to gluten-free pasta [6].

It was also revealed that the inclusion of pseudo-cereals such as quinoa for breakfast leads to lower post-prandial blood glucose levels in diabetics [7].

What does this Mean? The consumption of quinoa leads to a lower post-prandial blood glucose levels as compared to other cereals which is beneficial for diabetics.

Each 100g of quinoa contains anywhere between 3-6 grams of fiber [8]. There have been quite a few studies that suggest the role of fiber in maintaining blood glucose levels [9],[10].

These fibers delay the macronutrient absorption implying that the product of carbohydrate breakdown i.e. blood glucose or blood sugar is released slowly into the bloodstream.

The foods that cause less spike in blood sugar post ingestion are known as Low Glycaemic Index foods.

As discussed above Quinoa has a Low GI hence recommended for maintaining blood glucose levels.

A few studies have suggested the association of dietary fibers with a reduction in the concentration of inflammatory markers, serum uric acid, and γ-glutamyltransferase, which have been linked with increased risk of diabetes.

What does this Mean? The dietary fibers in quinoa help in maintaining the spike in blood sugar that normally occurs after the consumption of a meal. Thus, quinoa is called low GI food that helps in maintaining blood sugar levels.

Several researchers have revealed that obesity might be implicated as one of the causes of type-2 diabetes4.

Thus, reduction in weight poses beneficial effects in the treatment of diabetes.

The fiber content and protein quality of quinoa make it an excellent choice for weight loss.

Fibrous foods often cause a feeling of satiety as they are bulky (fiber absorbs water and becomes vicious in the gastrointestinal tract) and delay the gastric emptying time making the person feel full for a longer period of time [8],[13].

Protein is considered to be of good quality and is best absorbed by the body if it has all essential amino acids (animal sources of protein).

Quinoa, however, is known to contain most if not all essential amino acids which are more than other plant sources [14].

Consumption of animal protein also has its side effects, that is why the addition of quinoa to the diet is an excellent option even not only for vegetarians but also for non-vegetarians.

Coming to the weight loss aspect. studies have suggested that increasing the intake of protein in the causes of weight loss [15].

The reason behind this is that it requires more energy for its breakdown, therefore, the body burns more calories.

It causes the feeling of being satiated for a longer time, high protein diet has also been implicated in the maintenance of a negative fat balance and a positive protein balance.

What does this Mean? Quinoa helps in maintaining weight due to the fiber and protein content present in it, thereby being beneficial in treating what is believed to be the causative factor of type 2 diabetes.

4. Quinoa is Rich in Antioxidants

Quinoa contains antioxidants and Vitamin such as Vitamin E that also have antioxidant properties that help reduce the oxidative stress on the body.

With all the current hype about antioxidants, it’s important to understand what they are and what do they do.

So, at a given time in our body, there are a lot of biochemical reactions taking place, and the by-products of most of these reactions are Free radicals.

The body has natural processes to eradicate these free radicals that cause damage to the body [16].

Sometimes, due to certain conditions or unhealthy lifestyle, the production of free radicals is more than the rate at which the body’s natural processes can overcome them [17].

There are a few pieces of evidence that suggest that in diabetes the production of free radicals is more or there is higher oxidative stress along with a reduction in the activity of the antioxidant defenses of the body.

This is why the intake of foods rich in antioxidants such as quinoa poses health benefits in diabetes [18].

What does this Mean? The presence of vitamin E and other antioxidants in quinoa along with its other nutritional benefits make it a good food choice for diabetes patients.

5. Magnesium in Quinoa Benefits in Diabetes

100g of quinoa approximately contains 60 mg of magnesium which constitutes to around 30% of the Recommended Dietary Allowance (RDA) per day [19].

Magnesium is a macro-mineral and plays an important role in the biochemical processes of the body.

The advancements in technology and medicine have made it possible for in-depth research on complex diseases that are growing rapidly on a global level and the understanding of which is required for the formulation of a better treatment plan.

This has led to a deeper understanding of diabetes.

Recently, it has been found that people with type 2 diabetes show reduced Mg levels either due to reduced intake or increased Mg losses through the urine.

It speculated that there might be a relationship between the Mg status in the blood plasma and the development of Type 2 diabetes [20].

This implies that dietary deficiency of Mg might predispose an individual to Type 2 diabetes. The exact mechanism behind this is not yet known [21].

What does this Mean? Quinoa containing around 30% of RDA of Mg might aid in the treatment of diabetes.

Quinoa seeds contain saponins that give it a slightly bitter taste; this is why it is usually recommended that the seeds be washed with warm water before being cooked to remove the saponins [22].

However, these saponins have been known to have anti-inflammatory action.

Diabetes (especially type 2 diabetes one of the causative factors of which is obesity) is characterized by low-grade chronic inflammation [23].

Thus, quinoa seeds if consumed without washing off the saponin might have an anti-inflammatory effect again the inflammation caused by diabetes [24],[25].

What does this Mean? The saponins present in quinoa have anti-inflammatory properties that might help act against inflammation that comes with Diabetes.

How much Quinoa to Consume in Diabetes?

Though quinoa is beneficial in diabetes, it is a source of carbohydrate. Therefore its intake by people with diabetes should be monitored.

Please consult your doctor and dietician before including quinoa in the diet in case of diabetes.

Even, though the protein quality of quinoa is good it’s hard to ignore that it does, in fact, contain more carbohydrates than protein.

Therefore, the amount of its consumption should be kept in mind and it might not be a suitable option for a low-carb diet that is most typically given to diabetes patients.

Note: Even though the carb content of quinoa is not very less, it’s a low GI food which is preferred for diabetes patients.

However, the extremity and complications of each diabetic case are different therefore its carb content should be kept in mind regardless.

Diabetes is a complex and intricate disease; therefore, its treatment also involves a combination of Pharmacological aids, Nutrition Therapy, and Lifestyle changes.

These three components together and not anyone alone can help in its treatment.

However, making minor healthy choices here and there can have a profound effect.

Quinoa is one such superfood whose multi-fold nutritional benefits discussed above make it an excellent choice of food. Its advantages for diabetes patients are numerous.

If consumed keeping the precautions and the diabetic status of the concerned individual in mind Quinoa indeed can act as a Superfood for Diabetes.